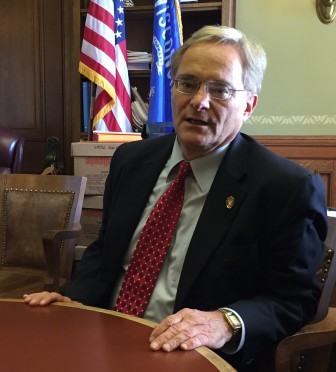 Assembly Minority Leader Peter Barca, D-Kenosha, is a member of the Wisconsin Economic Development Corp. board. He accuses the agency of hiding problems that the board is charged with helping to solve. Most of the bad news about WEDC, he said, has been unearthed by the media.

“Nobody would expect that any organization would not do their due diligence before awarding funds … or look at the legal imcumbrances the companies have … That’s just good governance. That just shocks me, frankly, that this ever took place … We (board members) only find out about things when we pick up the newspaper. …. They stonewall us (Barca and fellow Democratic board member Sen. Julie Lassa, D-Stevens Point). … (But) even WEDC, with all its problems, certainly has helped companies that otherwise have indicated they would not have been able to have grown and expanded or moved to Wisconsin.” 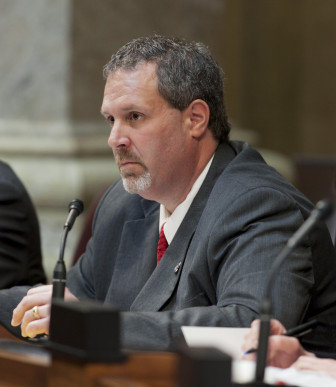 Wisconsin Economic Development Corp. board member Sen. Rick Gudex, R-Fond du Lac, believes the agency is doing a good job overall. He has proposed removing all elected officials from the board in July. Gov. Scott Walker already has removed himself as chairman.

“I think it gets kind of lost in the discussion, but … if you take all the charge-offs and delinquencies that we have had in the history of WEDC, compared to the actual good and the economic growth that we have seen because of this agency, it would just be a speck on a map. I think what the headlines should be saying is that in every (one of the) 72 counties here in the state of Wisconsin, someone has been touched by WEDC. Somebody has been employed and taken their kids to the shopping center around Christmastime because of WEDC.”