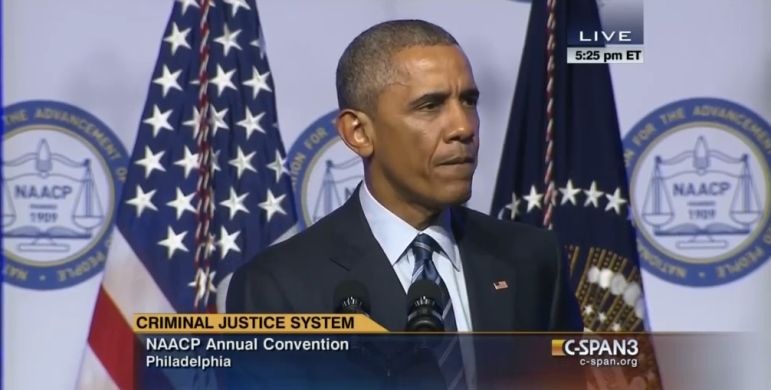 President Barack Obama called for reduction of solitary confinement during a July 14 address to the NAACP National Convention in Philadelphia:

“I’ve asked my Attorney General to start a review of the overuse of solitary confinement across American prisons.

“The social science shows that an environment like that is often more likely to make inmates more alienated, more hostile, potentially more violent. Do we really think it makes sense to lock so many people alone in tiny cells for 23 hours a day, for months, sometimes for years at a time? That is not going to make us safer. That’s not going to make us stronger. And if those individuals are ultimately released, how are they ever going to adapt? It’s not smart.

“Our prisons should be a place where we can train people for skills that can help them find a job, not train them to become more hardened criminals.”

The Wisconsin Center for Investigative Journalism’s reporting on criminal justice issues is supported by a grant from the Vital Projects Fund. The nonprofit Center (www.WisconsinWatch.org) collaborates with Wisconsin Public Radio, Wisconsin Public Television, other news media and the UW-Madison School of Journalism and Mass Communication. All works created, published, posted or disseminated by the Center do not necessarily reflect the views or opinions of UW-Madison or any of its affiliates.