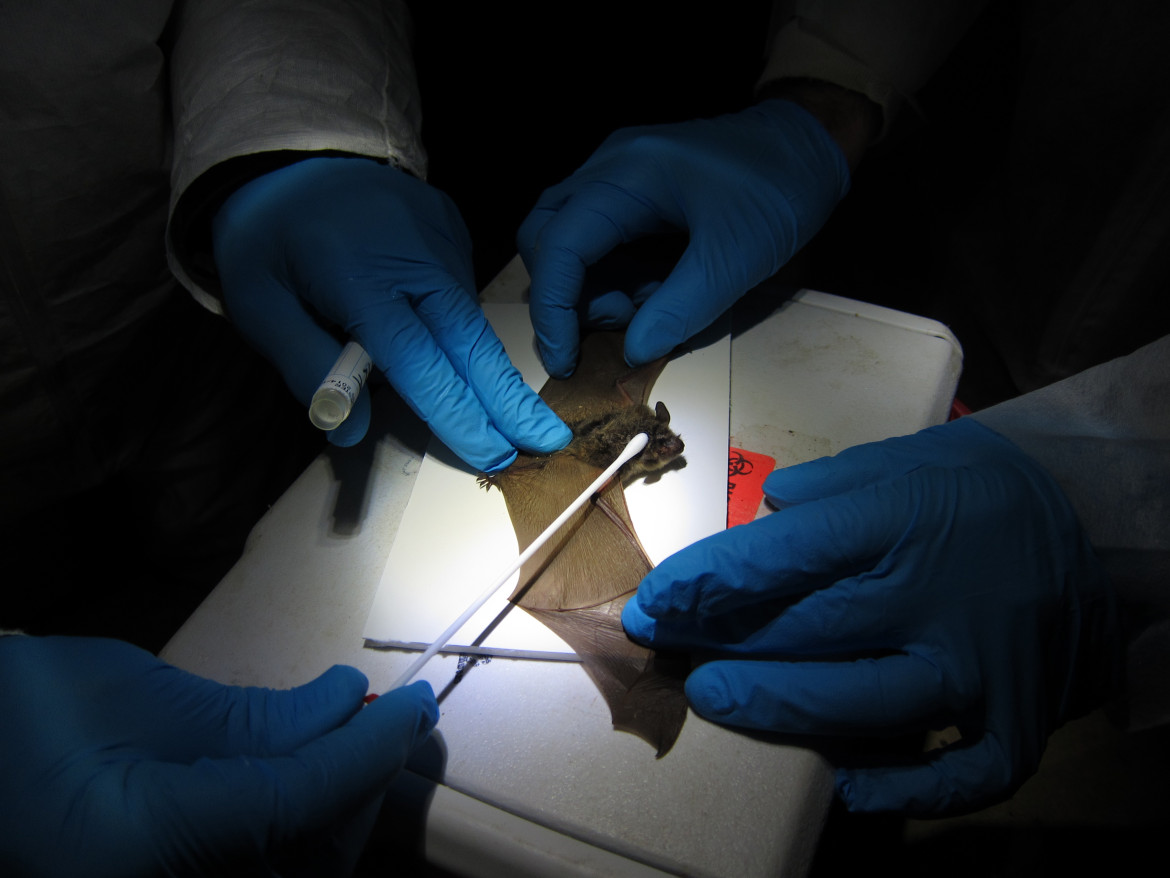 Steve Taylor/University of Illinois, via U.S. Fish and Wildlife Service

The U.S. Fish and Wildlife Service is considering requests from the wind energy industry to exempt wind turbines in Wisconsin and nationwide from new rules to protect threatened bats, even as a fungal disease has killed millions of the creatures.

Because of the disease, white-nose syndrome, the federal agency listed the northern long-eared bat as threatened. The temporary rule to list the bat as threatened exempted some activities, but not wind energy generation. The agency is now considering a final rule, including potential exemptions for wind turbines.

The Fish and Wildlife Service said wind turbines cause a significant number of bat deaths. A 2013 study, cited in the Federal Register, found wind turbines nationwide killed 650,000 to 1.3 million bats in a year.

“You actually have dead bodies in hand,” Rick Amidon, a USFWS regional director in Minnesota, said of the giant turbines. He contrasted that with forestry and highway right-of-way work, which are exempted from the new rules because they kill and harm fewer bats.

Estimates through 2013 show white-nose syndrome has killed as many as 6.7 million bats since it was first discovered in 2006, according to the Fish and Wildlife Service. The agency said it expects the disease to spread and the number of deaths to grow.

In 2008 and 2009, a carcass survey conducted at the Blue Sky Green Field Project wind farm in Fond du Lac County estimated the bat fatality rate during the six-month study period at 41 bats per turbine.

Such fatalities are of special concern in Wisconsin where white-nose syndrome is spreading and threatening to dramatically reduce bat populations. The state Department of Natural Resources has found the disease itself or the fungus that causes the disease at 14 hibernation caves, or hibernacula. 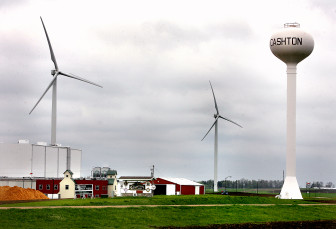 Diseased bats have been found in Grant, Crawford, Richland, Door and Dane counties. The fungus has been discovered in Iowa, Dodge and Lafayette counties.

The disease was first seen in a Grant County mine in March 2014, and 70 percent of the bats there have since died – an indication of how deadly the disease can be. So far, that mine is the only location where bats have died in such large numbers in Wisconsin.

Wisconsin is home to several of the largest bat hibernation sites in the upper Midwest, with a population estimated at up to 500,000. The state’s four species of cave bats — all of which are threatened by white-nose syndrome — serve a crucial role by consuming insects that cost farmers nationwide billions of dollars a year.

Wind turbine operators and proponents argue that the disease is the primary threat to bats and that the turbines do not account for enough deaths to warrant stricter rules.

John Anderson, a senior director for the American Wind Energy Association, said it is neither fair nor effective for the Fish and Wildlife Service to put “a conservation burden on activities that are not having a significant effect,” Midwest Energy News, a non-profit energy news website, reported recently. “The wind industry is one of them.” 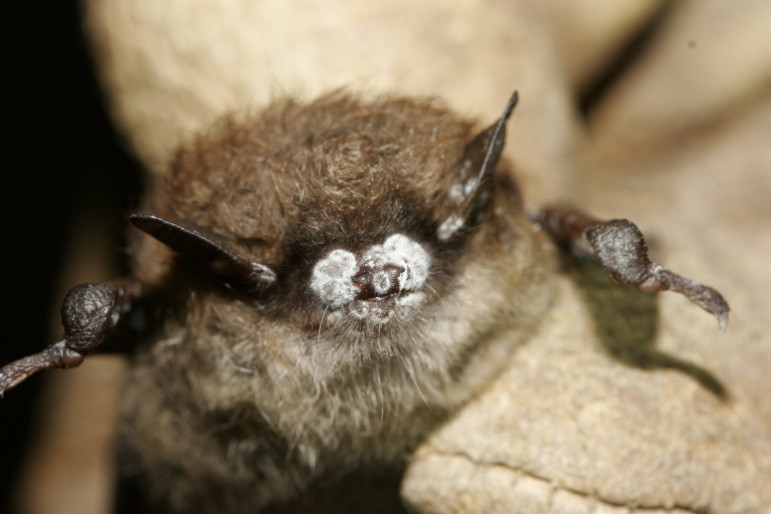 Bat fatalities from wind turbines are of special concern because white-nose syndrome has already decimated populations across the country. The fungus was discovered among little brown bats in New York, like this one from 2008.

But Amidon, with the Fish and Wildlife Service, said that some bat populations — such as northern long-eared — are so precarious that even the marginal additional deaths caused by wind turbines can become a factor in their survival.

“The bottom line,” Amidon said, “is that if you have a huge population decline, the bats that are remaining become very important.”

The northern long-eared bat, one of four cave bat species in Wisconsin, weighs only about .03 ounces and has been found in 37 states. It has been identified in 67 of the state’s hibernacula. Other than those caves and mines, however, the bat has no other refuges, according to the Fish and Wildlife Service, and a population analysis led the agency to conclude that the bat could face extinction if white-nose syndrome infected its major hibernacula.

The decision to list the bat species as endangered could force wind turbine operators in affected areas nationwide to spend about $610 million over the next 30 years, according to the American Wind Energy Association.

That cost would cover developing and maintaining a habitat conservation plan, which would show how the operator is going to minimize bat deaths. Such a plan would be required by the wildlife service before it issued an “incidental take” permit, allowing inadvertent killing of bats. 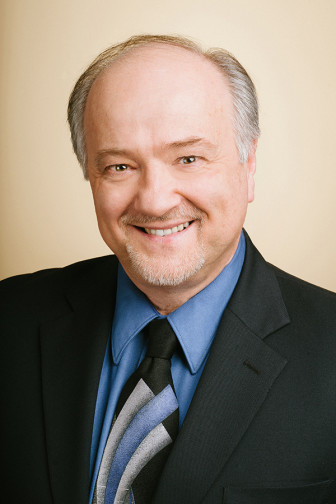 Brian Manthey, a spokesman for We Energies, which owns the Fond du Lac wind farm where the tests were conducted, said the utility must find a way to protect bats and birds while maximizing wind energy production. According to the American Wind Energy Association, Wisconsin’s 417 wind turbines provided 2.65 percent of all in-state electricity production in 2014, enough to power 148,000 homes. Manthey added that percentage is expected to grow.

Manthey said there is no doubt that the bat protections would be a “financial hit” for turbine operators.

“What would have to be weighed is how do we maximize the amount of energy with the least impact on bats and birds,” Manthey said. 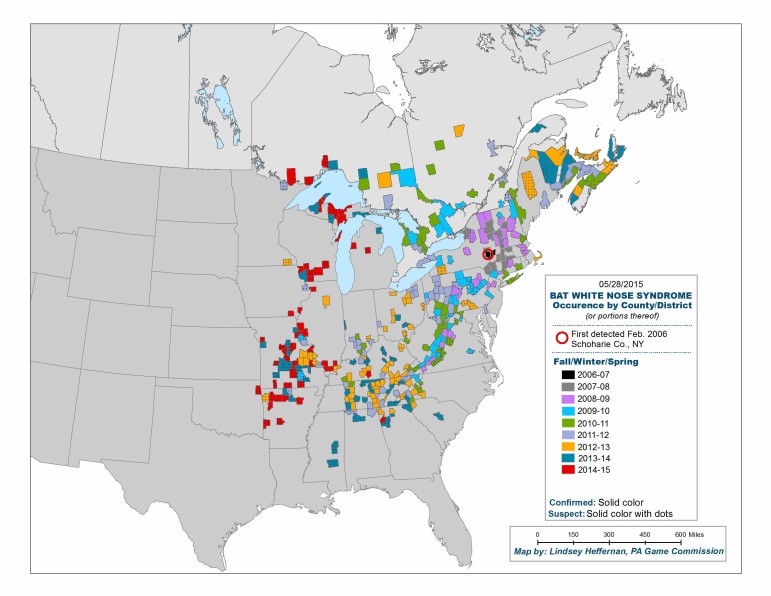 The highly deadly white-nose syndrome has spread rapidly since it was discovered in New York in 2006. The disease has killed millions of bats, including many in Wisconsin.

In a related move, the Fish and Wildlife service is also taking suggestions for an environmental impact study on an eight-state plan to protect habitat for all bats and birds. The agency has scheduled a series of hearings, including a comment session in Madison on Tuesday.

In the study, the agency would consider the impact of exemptions which would protect operators of wind turbines from prosecution for incidental bat deaths and injuries.

The Wisconsin DNR has been working with the Fish and Wildlife Service on early drafts of the habitat conservation plan. DNR spokesman Bill Cosh said the federal agency is considering exempting wind farm development except in areas within a 20-mile radius around primary hibernacula, including the Bay City, Maiden Rock and Neda mines, along major rivers and within three miles of Great Lakes shorelines.

New wind projects in areas not covered by the habitat plan would need to seek individual incidental take permits from the Fish and Wildlife Service, Cosh said.

But Amidon said wind turbine operators have indicated they would prefer a blanket exemption.

In seeking exemption from the threatened species rule, the American Wind Energy Association has proposed adjusting turbine operations to reduce bat deaths. Based on the theory that bats do not fly in high winds, the association says that operators could prevent blades from turning until the wind reaches a certain speed, known as “cut-in speed.” During migration periods and during periods of low wind, bats are more active.

Manthey said the practice is the subject of a new study by WE Energies. According to the company, other studies have reported average reductions in bat mortality ranging from 36 to 89 percent using such curtailment practices.

Russ Benedict, a professor of biology at Central College in Pella, Iowa, estimated that changing the cut-in speed would cut bat mortality by 50 percent but only reduce energy production by 3 percent.

“If we are more careful about when we use wind turbines,” Benedict said, “we won’t have that big of an impact on energy production, but we can dramatically reduce bat mortalities.”

The Iowa Center for Public Affairs Journalism contributed to this report.

One thought on “Wind turbines at center of bat protection rules”