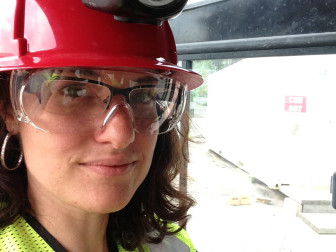 Multimedia Director and Reporter Kate Golden, who helped transform the Wisconsin Center for Investigative Journalism from a scrappy startup into an award-winning news organization, is heading to Australia.

Golden will be the multimedia program manager for the Walkley Foundation in Sydney, Australia, where her husband has accepted a post­doctoral fellowship in spatial statistics at the University of New South Wales. Walkley hands out Australia’s most prestigious journalism awards, runs industry conferences and distributes grants to foster innovation in journalism.

“Kate’s stellar run at WCIJ over the past five and a half years has included high-impact investigative reporting, relentless efforts to hold the powerful accountable for their actions, dedicated teaching of student and experienced journalists, and innovative work to help the public understand data and connect with our organization,” said Andy Hall, WCIJ co-founder and executive director. 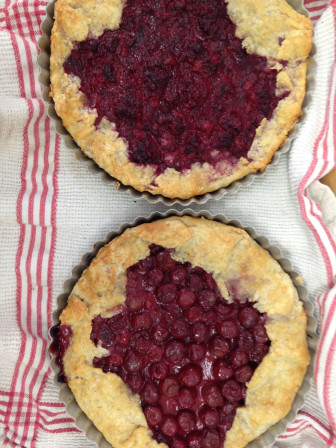 “She is a remarkable journalist, colleague and friend. We will miss not only her journalism, but also the tart pies she provided at staff meetings. We offer a heartfelt ‘ta’ to Kate and her husband, Wesley Brooks, as they begin their adventure in Australia.”

Golden earned an anthropology degree at Stanford University, spent a year studying lowland gorillas in central Africa, collected oral histories in Zanzibar and earned a master’s degree in journalism at the University of California at Berkeley, where she worked under legendary investigative journalist Lowell Bergman. She came to WCIJ in 2010 from Alaska, where she reported on natural resources and business for the Juneau Empire.

At WCIJ, Golden specialized in environmental stories and data visualizations and produced print, radio, video, photo and online media. She played roles in most of WCIJ’s 32 Milwaukee Press Club Awards over the past five years, as well as the collaboration with the University of Wisconsin-Madison School of Journalism and Mass Communication that received the Associated Press Media Editors’ inaugural Innovator of the Year for College Students award in 2012. As co-director of WisconsinWatch.org, she twice overhauled the website, which has received several Milwaukee Press Club commendations for design and innovative features.

“WCIJ has been an extraordinary place to work and grow as a journalist,” Golden said. “And the people here are like a family to me.”

Her last official day at the office is Friday, July 31.

WCIJ began operating in 2009. The nonpartisan, nonprofit organization is increasing the quality and quantity of investigative reporting in Wisconsin, while training current and future generations of investigative journalists. Its work fosters an informed citizenry and strengthens democracy.

During Golden’s tenure at WCIJ, the organization grew from a two-person professional staff and two paid interns to today’s lineup of four full-time and one part-time professional staff, along with four paid interns. Housed in the journalism school, WCIJ collaborates with Wisconsin Public Radio, Wisconsin Public Television and other news organizations across the nation.

WCIJ has begun a search for Golden’s successor, who will fill a newly created position of Data and Visual Director. Details are available here.

Investigative Reporting + Art: The Spring 2015 Wisconsin Tour We transformed our reporting on problems with Wisconsin’s water quality and supply into sculptures that you can see and touch — including a life-size half cow and 1,000 balls of wool. And we hit the road for a 1,000-mile tour, meeting with the public in seven cities in seven days.

Wisconsin DHS auditor retreats from $3.5 million claim against family planning clinics In a Medicaid audit closely watched by state clinics, as well as their political allies and opponents, Inspector General Alan White reduced the amount his office is seeking in repayment for birth control by 93 percent and acknowledged the state’s own instructions had “created confusion” for some clinics.

Wisconsin first to test repeat drunken drivers with alcohol biomarkers In the past several years, a handful of Wisconsin counties became the first nationwide to test repeat drunken drivers for molecular evidence of heavy drinking in nail or blood samples. Researchers say their initial data show that biomarker testing during treatment may help these offenders stay sober longer, keep them from getting rearrested, save counties money — and make roads safer.

Project: Murky Waters A four-part series examining threats to the Madison area’s spectacular lakes, and ambitious new efforts that seek to improve them. Researchers around the world are watching our lakes in hopes of adapting these lessons to troubled bodies of water in other areas. A collaboration from The Capital Times and the Wisconsin Center for Investigative Journalism.

Project: Groundwater supply In a state with about 15,000 lakes and more than a quadrillion gallons of groundwater, it is hard to believe that water could ever be in short supply. Experts say, however, that the burgeoning number of so-called high-capacity wells is drawing down some ground and surface water.

Project: Endocrine disruptors In one of the most intensively farmed parts of America’s Dairyland, where 29 percent of the county’s private wells test unsafe due to bacteria or nitrates, residents have a new concern: estrogenic well water.

Your Right to Know Column Contacts with lawmakers should be public. On the face of it, the records Rep. John Nygren released affirmed his claims. But all the names and addresses of all the citizens who contacted him were blacked out. When those names came to light, a new picture emerged.

Indiana prosecutor resigns over Walker email An Indiana deputy prosecutor and Republican activist resigned Thursday after the Wisconsin Center for Investigative Journalism uncovered an email to Gov. Scott Walker in which he suggested a fake attack on the governor to discredit union protesters.

Analysis: Emails favored Walker 2-1 In the week after Gov. Scott Walker announced his plan to dramatically curtail public employees’ collective bargaining rights in the state budget repair bill, a wide majority of the emails to him expressed support, a Center analysis of those emails indicates. But that support was significantly boosted by emails from pro-Walker senders from outside Wisconsin.

How a polluter gets stimulus money — and avoids environmental review A state program helped Didion Milling win $5.6 million in stimulus funding to expand its Cambria milling and ethanol plant, which has a history of environmental violations.

Toxic legacy: Century-old tar plumes under Lake Superior stir health fears — and a cleanup could be years away Millions of gallons of contaminated groundwater and thousands of gallons of gooey black coal tar lie underneath Ashland’s downtown waterfront. It is by far the thorniest cleanup of an old manufactured gas plant in Wisconsin — both because of the difficulty in cleaning it up, and in finding someone to pay for it.

State orders for-profit college to halt enrollments A for-profit college that is providing online classes without approval in Wisconsin was ordered Thursday by state regulators to immediately stop enrolling students in the state or face possible fines of up to $500 a day.

Suffering in silence: Campus sexual assaults underreported At University of Wisconsin campuses, sexual assaults remain seriously underreported and many women still face barriers to notifying authorities. Most victims do not report crimes. The statistics are inconsistent. And most rapists go free.

One thought on “After stellar run, Wisconsin Center for Investigative Journalism’s Kate Golden departs for Australia”