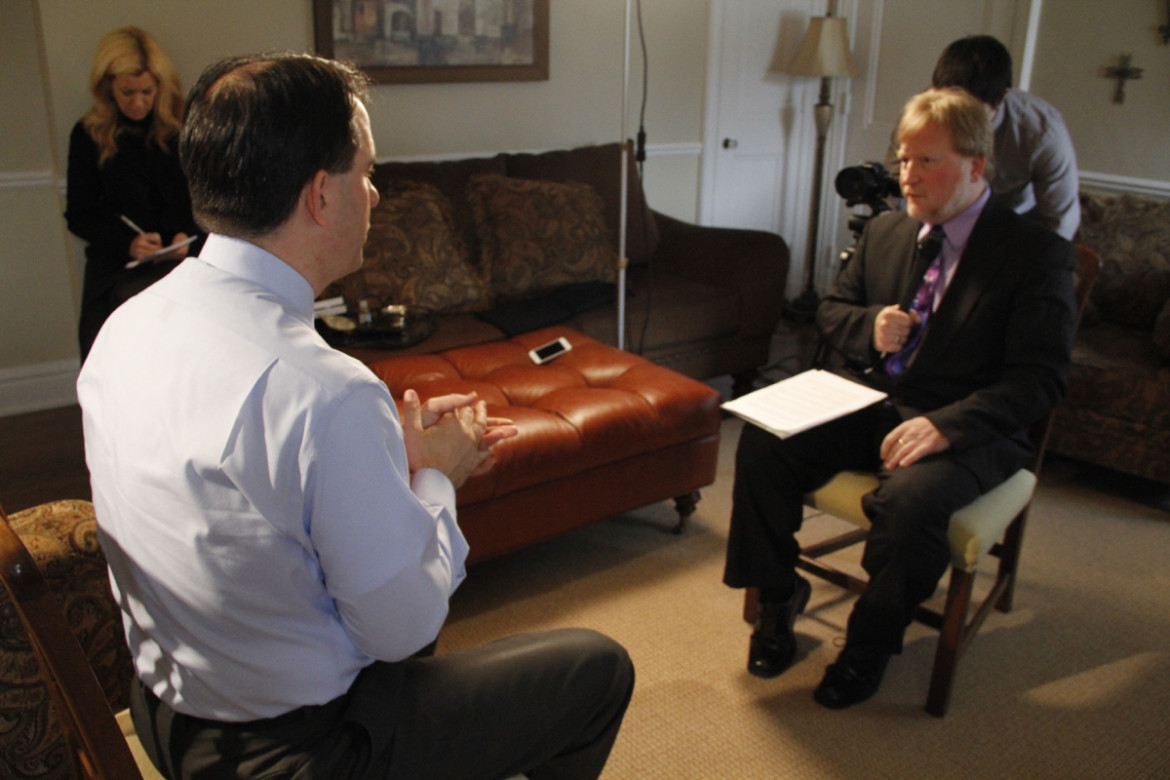 Award-winning journalist Bill Lueders is leaving the Wisconsin Center for Investigative Journalism to return to his roots at two Madison publications.

Lueders, who joined the Center four years ago in June 2011, has been hired as associate editor of The Progressive, a magazine founded more than a century ago by Wisconsin statesman Robert M. La Follette. He also plans to write for publications including Isthmus, where he served as news editor for 25 years.

“At WCIJ, Bill broke major stories, including the state Supreme Court altercation in 2011 and an investigation into allegations of abuse of inmates by guards at a state prison last year,” said Andy Hall, the Center’s executive director. Hall noted that Lueders also has mentored the Center’s interns and served as a tireless advocate for open government in his role as president of the Wisconsin Freedom of Information Council.

“We wish him well in the next chapter of his career.”

Lueders has won statewide honors for legal reporting, investigative reporting, business reporting and interpretative reporting, and national awards for column writing and reporting on animal issues. He is the author of three books, including “An Enemy of the State,” a biography of Erwin Knoll, the late editor of The Progressive. He interned at the magazine in 1984.

As the Center’s Money and Politics Projects director, Lueders wrote a weekly column that appeared in dozens of newspapers and other media outlets throughout Wisconsin. The final column will be released on May 19.

Hall said the Center will continue to investigate the influence of money on politics and policymaking through the Money and Politics Project in partnership with MapLight, a nonpartisan research organization. The Center soon will announce the hiring of Lueders’ successor.

Money and Politics columns
Have John Doe probes trashed rule of law in Wisconsin?
‘Twas a night in Wisconsin

Stories
Wisconsin FoodShare fraud crackdown questioned
Bullets exacted terrible toll on children, African Americans
Cruel and Unusual? Lueders investigated allegations of extreme mistreatment involving 33 inmates in the segregation unit at Waupun Correctional Institution. The stories prompted calls for investigation, and the state is now revising its disciplinary rules, including regarding segregation. The Center is suing the Department of Correction for access to records regarding the discipline and treatment of inmates.
On the death of my monkey As a follow-up to a story by Noah Phillips about controversial animal research at UW-Madison, Lueders reflected on his relationship with a research subject whose fate he followed through public records.
Gov. Scott Walker: Uniter, Divider A three-day series from the end of 2011, after the governor survived a recall attempt.
Supreme Court spat got physical In Lueders’ very first story for the Center, he covered a now-infamous altercation between justices at the state’s highest court.