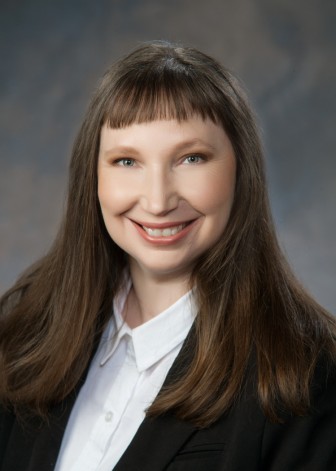 Wisconsin’s new attorney general, Brad Schimel, contended in a recent column that the state’s open government laws “are outdated and do not adequately address today’s technological environment.” He promised to initiate a process to provide “clearer guidance … without reducing rights to access.”

The Wisconsin Freedom of Information Council, a state group devoted to protecting public access to meetings and records, supports this effort. The group’s “Legislative Wish-List” calls for establishing clear rules regarding the use of new technologies, so they do not make it harder for the public to track the actions of government.

Issues surrounding records access and technology have also enjoyed the national spotlight in recent weeks as former U.S. Secretary of State Hillary Clinton defended her use of a private email account for public business. Clinton cited “convenience” as her reason for this decision, which she admitted was a mistake.

One doesn’t have to be a Cabinet official to understand the quest for convenience in our era of busy scheduling and extreme multitasking. But because of Clinton’s unilateral decision, the public may be irretrievably denied any opportunity to independently review whether now-deleted electronic documents related to public business. For the public, therefore, Clinton’s approach made meaningful oversight of her communications very inconvenient, if not impossible.

Updating Wisconsin’s open records law, as Schimel proposes, could help clarify the obligations of public officials with respect to emails and other records that exist in electronic form. But it is critical that any updates be guided by the law’s stated and essential purpose: to provide the greatest possible oversight of the actions of government.

Public records advocates must be vocal and vigilant to ensure that revisions or guidance have the effect of amplifying access. Otherwise, there is a danger that the process proposed by Schimel could result in less access.

A few years back, the city of Madison tweaked its records law in light of new technologies. Its revised ordinance expressly requires that employees who use private email for public business must copy an official government account, thereby preserving a government record of the message.

The city’s ordinance asserts that the state’s records law provides “little or no guidance” to help resolve gray areas regarding new technology. But the statutory definition of a “record” is the most relevant guidance, and it broadly encompasses “any material on which written, drawn, printed, spoken, visual, or electromagnetic information or electronically generated or stored data is recorded or preserved, regardless of physical form or characteristics.”

There are issues that need to be resolved regarding the use of email and other technologies, like text messages, including what records must be retained and for how long. In all cases, the analysis should start from the premise that the public is entitled to maximum access.

Wisconsin’s records law states this explicitly, and instructs that providing the public with as much information as possible about the workings of government is “an essential function of a representative government and an integral part of the routine duties of officers and employees whose responsibility it is to provide such information.”

Requests for access should always be met with the assumption that whatever has been created must be shared. That’s true regardless of what technologies are used to convey information.

Public access is not an ideal that need be honored only when it is convenient, nor should any modifications to the records law be based on such considerations. The law itself makes clear that, in a democracy, access to information must prevail over convenience.

Your Right to Know is a monthly column distributed by the Wisconsin Freedom of Information Council (www.wisfoic.org), a nonprofit group dedicated to open government. April Barker, a council member, is an attorney with Schott, Bublitz & Engel of Brookfield.