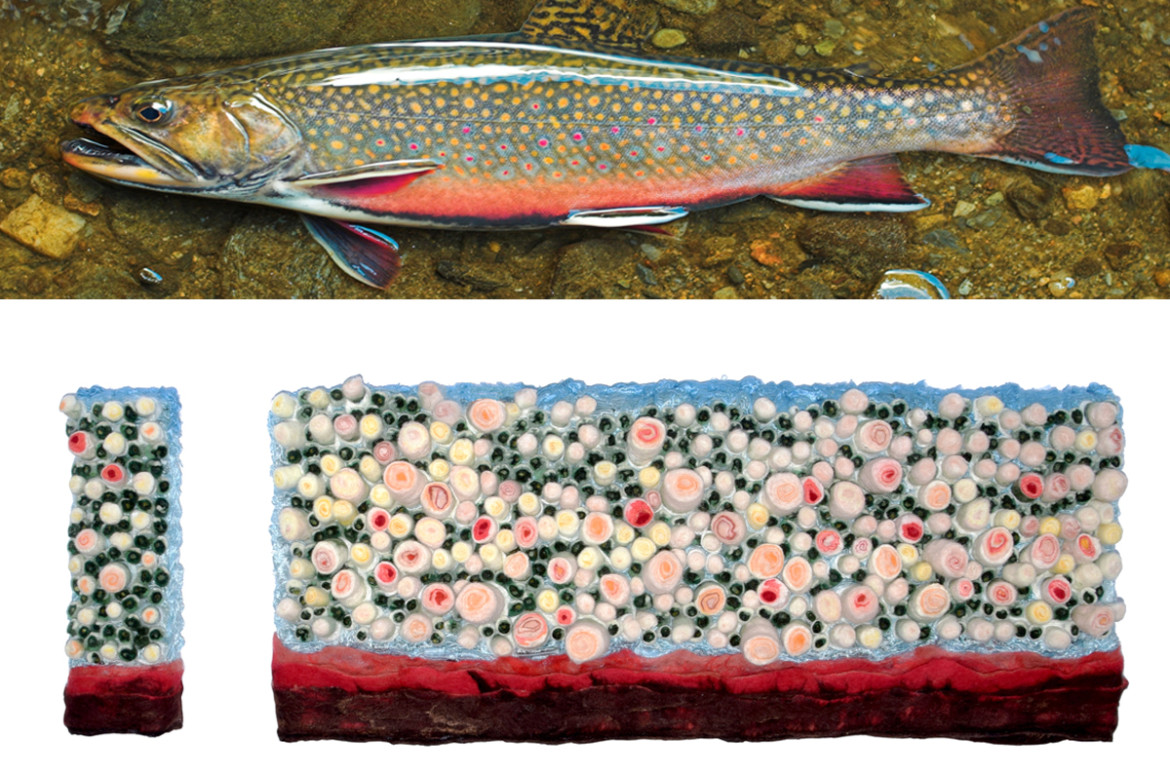 Fin 2050: Carrie Roy designed this wool piece to evoke the colors of a brook trout, above, and the waves of a stream. Wisconsin's brook trout are facing dire habitat loss this century due to climate change. 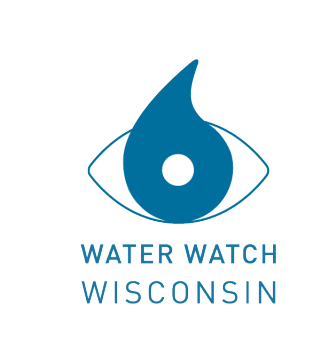 We’ve transformed our reporting on problems with Wisconsin’s water quality and supply into sculptures that you can see and touch — including a life-size half cow and 1,000 balls of wool. Now we’re renting a trailer and taking these sculptures on the road. Meet the artist and the reporters and discuss Wisconsin water issues with us in a series of free events across the state, April 30 through May 7, 2015.

How this project got started

Carrie Roy is an artist who specializes in transforming data and statistics into artwork. She grew up on a ranch in North Dakota, and now lives in Colorado. Kate Golden, the Center’s multimedia director, frequently reports on water for Water Watch Wisconsin, a project exploring water quality and supply problems statewide.

This all started when Golden and Roy met at a bar in Madison and started talking about the stats that get lost in long stories, and Roy dreamed up a sculpture of a half-cow on the spot.

Originally it was a way to talk about water issues with a different medium. Now we also have a Knight INNovation Fund grant to use the art to explore new ways to fund our journalism. Read more about the project here.

Here are the stories behind Roy’s sculptures. 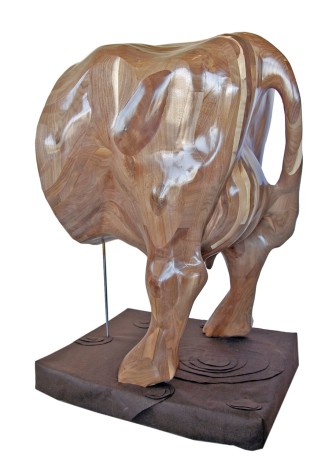 One Day in Brown County.

One Day in Brown County

In America’s Dairyland, most cow manure is spread on farm fields. It’s fantastic fertilizer. But sometimes it ends up in places it shouldn’t — like groundwater.

Northeastern Wisconsin’s karst geology and thin soils make groundwater extra vulnerable to contamination. Water can travel fast through deep cracks in the bedrock without being filtered by soil.

It also has the densest dairy farming in America’s Dairyland.

Brown County in 2012 had one cow for every two acres of farmland — or, as translated here, a half a cow per acre, standing on the volume of manure produced daily by a single animal. And as cow numbers rise, available cropland is shrinking.

Tainted wells are a growing concern in the area. In Door County in 2014, 17 people became ill and more than a dozen wells were polluted after a waste hauler accidentally spread manure into a sinkhole. 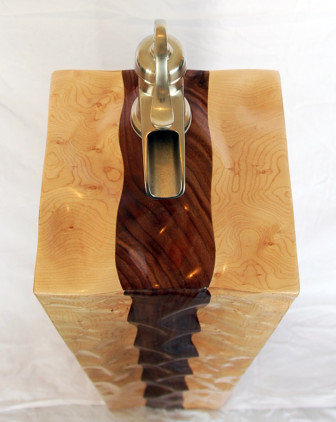 One-third of Wisconsin’s private wells are estimated to contain pesticides.

Health effects vary by chemical and are poorly understood, especially as mixtures.

One of the most commonly detected pesticides is atrazine, an herbicide widely used on corn. It has been reported to feminize aquatic vertebrates at very low concentrations and cause liver, heart or kidney damage in animals. Some studies have linked it to developmental or reproductive effects in people. The European Union has banned its use.

Well testing is rare: Perhaps one-tenth of well owners tested their water in the past year, and usually not for pesticides.

In this piece, a farm faucet on a wooden pedestal that evokes flowing water is one-third dark walnut, one-third light maple. 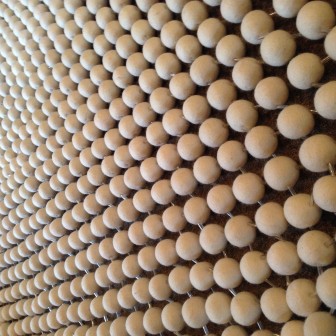 “The endocrine system, whether it’s in us or in fish, really influences every part of our life.”
— Vicki Blazer, U.S. Geological Survey scientist

Livestock manure from large farms may account for 90 percent of the estrogen in the environment nationwide. And the estrogen produced by a single cow each day is as potent as the hormones taken by 1,000 postmenstrual women.

That statistic led to this piece, composed of 1,000 wool balls.

Livestock hormones sometimes reach surface waters or groundwater. The question is, what might they be doing to wildlife, fish or people? Scientists have found feminized fish in waters impacted by dairy wastewater. But much is still unknown.

In northeastern Wisconsin’s Kewaunee County, whose cows produce 36 times more manure than its human residents, private wells have been found with traces of hormonal activity, too.

Researchers do not know whether the residents’ health is at risk. The concern is that hormones or chemicals that mimic them, called “endocrine disruptors,” may cause health problems at very low levels.

Wisconsin’s iconic brook trout face dramatic population losses over the next century under current climate change scenarios, as the cold streams where they live warm up. A 2011 estimate suggested 95 percent of their habitat could be lost by 2050.

This piece combines the trout’s brilliant colors with the shape and waves of stream water. A slice from the main suggests the little habitat that will be left, while the fuzz of the felt evokes the uncertainty of scientists’ projections.

Carrie Roy, artist, explores innovative methods and modes for how we relate to data and information. She was recently a post-doctoral researcher in the Living Environments Laboratory and coordinated a digital humanities initiative at the University of Wisconsin-Madison’s Humanities Research Bridge.

Kate Golden is a reporter who likes art. As the Center’s multimedia director, much of her work involves data-intensive environmental reporting, whether on algal blooms and bacteria in lakes, or contaminated wells. She often collaborates with other news media and frequently guest lectures at UW-Madison’s School of Journalism and Mass Communication.

Andy Hall is the Center’s executive director. A former Investigative Reporters and Editors board member, Hall won dozens of awards for his reporting in 26 years at the Wisconsin State Journal and The Arizona Republic. Since he co-founded the Center in 2009, it has become a leader among regional nonprofit news centers.

One thought on “Investigative Reporting + Art: The Spring 2015 Wisconsin Tour”