Milwaukee Journal Sentinel investigative health reporter Meg Kissinger, who has tirelessly exposed flaws in the mental health system, has been named the 2015 recipient of the Distinguished Wisconsin Watchdog Award.

The award is a highlight of the fifth annual Wisconsin Watchdog Awards reception and dinner, presented jointly by the Wisconsin Center for Investigative Journalism, the Wisconsin Freedom of Information Council and the Madison Pro Chapter of the Society of Professional Journalists.

The April 8 event, a celebration of open government and investigative journalism, is open to the public, with proceeds supporting the nonprofit and nonpartisan Wisconsin Center for Investigative Journalism.

The event begins with a reception at 5 p.m., followed by dinner at 6 at the Pyle Center at 702 Langdon St. on the University of Wisconsin-Madison campus. 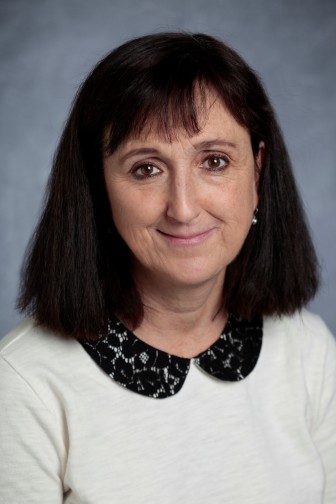 The evening event is part of the Midwest Watchdog Workshop, being held on April 8 and 9 at the Pyle Center. The workshop is open to professional journalists, student journalists (high school and collegiate) and the public — an innovative design to spread knowledge of investigative reporting techniques that hold the powerful accountable and foster an informed citizenry. Workshop registrations are available online and also will be accepted from walk-ins at the Pyle Center.

“For more than three decades, Meg has shined light into dark corners of our society, protecting the interests of vulnerable residents in the highest traditions of public service journalism.”

Past winners of the Distinguished Wisconsin Watchdog Award are Dave Zweifel, editor emeritus of The Capital Times and a founder of the Wisconsin Freedom of Information Council; the late Dick Wheeler, founder of the Wheeler Report newsletter; U.S. District Court Judge Lynn Adelman, chief author of the state’s open records law; and Dave Umhoefer, Pulitzer Prize-winning investigative reporter at the Milwaukee Journal Sentinel.

Kissinger was a 2009 finalist for the Pulitzer Prize in investigative reporting for “powerful revelations that the government was failing to protect the public from dangerous chemicals in everyday products, such as some ‘microwave-safe’ containers, stirring action by Congress and federal agencies.”

She is a 1979 graduate of DePauw University. In March, her alma mater announced she will return for the 2015-16 academic year as Eugene S. Pulliam Distinguished Visiting Professor of Journalism.

Kissinger has won more than a dozen national reporting awards, twice has been honored with the  George Polk Award in Journalism and received the Robert F. Kennedy Journalism Award.

“This nomination is about more than that, though,” Greg Borowski, the Journal Sentinel’s assistant managing editor for projects and investigations, wrote in nominating Kissinger for the Distinguished Wisconsin Watchdog Award.

He noted that Kissinger is best known for her reporting about problems with Milwaukee County’s mental health system.

“Her work, which last year brought fundamental reform to the system (and near unanimity in our bitterly divided Legislature), has been distinguished by the depth of the reporting and the clarity of the writing,” Borowski wrote. “But perhaps most important it has been characterized by a profound and uncommon compassion for the people she is writing about.”

Tickets are available for $55. Register online here for the workshop and Wisconsin Watchdog Awards.