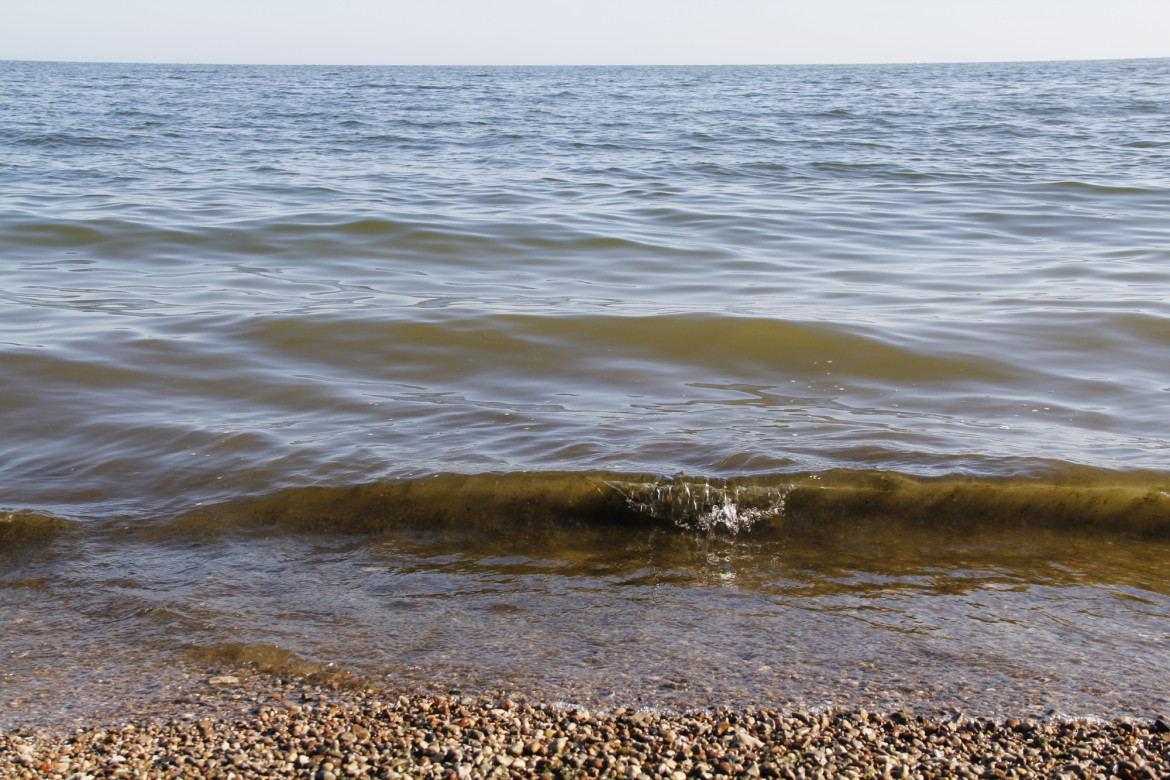 GREEN BAY — By one key metric, Green Bay’s phosphorus problem is not improving.

Despite fish kills, toxic algae blooms, unsafe beaches and an annual dead zone in the Lake Michigan bay sparking concern across the region, the level of phosphorus loading has changed little over the past two decades, and even gone up in the past couple of years.

Point sources like factories and wastewater treatment plants have already greatly reduced their contributions, and now nearly half of the phosphorus comes via runoff from farms — which are largely exempt from federal Clean Water Act regulations.

Nonetheless, many of the roughly 150 people at a Wednesday summit on the problem were hopeful, because they saw farmers and others in agriculture acknowledging their part in the problem and talking about solutions.

“Nobody likes it when the rivers turn brown, including myself,” said John Pagel of Pagel’s Ponderosa Dairy, one of the largest farms in Wisconsin with 5,000 cattle, 8,500 acres and 120 employees in Kewaunee County.

“I’m part of the problem,” Pagel told the audience of farmers, officials and others, recounting an incident last year in which a semi truck rolled over and spilled manure into a ditch.

“But I’m also part of the solution,” he said, describing how he has used his anaerobic digester to more precisely apply the nutrients in manure.

Indeed, finger-pointing was noticeably absent from the discussion of this often-contentious issue. Big farms and small farms did not blame each other, as sometimes happens. Environmental advocacy groups were not included in the lineup, although some attended.

And enforcement of manure handling was hardly mentioned, including by top enforcer Wisconsin Department of Natural Resources Secretary Cathy Stepp, the keynote speaker.

Stepp touted a new framework, signed by Gov. Scott Walker last year, that will allow point sources like wastewater treatment plants — soon to be under strict requirements to meet numeric phosphorus standards in state waters — to avoid installing costly pollution controls by instead working with farmers to reduce phosphorus.

“A framework is absolutely necessary to simplify and give structure to connecting point sources facing huge costs and relatively small amounts of phosphorus to reduce, to nonpoint sources that have the potential to reduce phosphorus at significantly less cost,” Stepp said.

One option would allow plants to pay counties $50 for every pound of phosphorus discharged above their permitted levels, up to a maximum of $640,000 a year. The counties would use that money to implement conservation practices locally.

Stepp said the DNR would like to take a back seat and allow farmers to work with more trusted sources, like county conservationists or other farmers.

“We’re not always the best messenger,” she said.

Ribble, who grew up on a dairy farm and lives on Lake Winnebago, called the meeting “the starting point of a conversation” that he hoped would bring in small farms, organic farms and others in the future.

“If we can use the great wisdom of the crowd — from small farmers, from organic farmers, from large farmers, as well as those doing point source at the wastewater treatment plant,” Ribble said, “we can find a path forward.”

One Kewaunee County resident, retired corporate executive Jodi Parins of the Town of Lincoln, said state enforcement of farms’ manure management is “virtually nonexistent.” She added that citizens’ complaints about farms have been poorly addressed, and the thin-soiled region needs more local control.

Parins also called the summit “a great start,” however, and is hoping farmers will install more grassy waterways and stream buffers in her area.

Among the solutions discussed:

Anaerobic bacteria digesters break down manure into phosphorus-rich solids, which can then be dried as bedding for cows, and liquids that can be more precisely applied to the landscape. They also produce energy. But utilities’ buyback rates are low, and digesters are tricky to get running properly — Jacobs’ said his took seven years.

“There’s nobody that’s cussed digesters more than I have,” he said.

Digested liquid manure could be processed even further, Pagel and Jacobs said, adapting a nutrient recovery system like those used in wastewater treatment plants and removing clean water so it doesn’t have to be hauled to the field.

Maintaining healthy soils. Planting cover crops like rye provides organic matter and keeps soil from eroding in rains, but “it sounds easier than it is,” said Jacobs, who has started to plant them. He’s also begun using a low-till method called “vertical” tilling that reduces compaction in the field without disrupting the worms that keep soil healthy. The methods he is using allow water to percolate down instead of ponding or running off.

Using them requires what he calls a “culture transition.”

“Every farmer … wants to make the soil look like a garden, and blow up the soil. But we just don’t want to be doing that,” he said.

Adaptive management pilot. Tom Sigmund, executive director of NEW Water, the Green Bay sewerage district, put out a call for “partners” in a pilot adaptive management project similar to one begun by the Madison sewerage district.
Under Clean Water Act requirements, the sewage treatment plant must reduce phosphorus in its effluent. It can either spend $220 million on pollution controls and $2 million a year thereafter, or, as NEW Water is trying with a subwatershed, it may work with farmers, paying them to install conservation practices that cut the phosphorus inputs more cheaply. 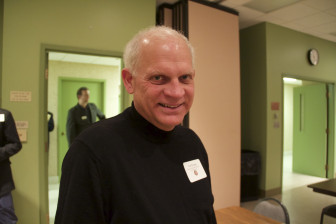 Val Klump, University of Wisconsin-Milwaukee School of Freshwater Sciences, says part of Green Bay's problem may be that there are more cows than the land can support.

Neither easy nor cheap

Val Klump, a University of Wisconsin-Milwaukee professor and senior scientist at the Great Lakes WATER Institute, was on a committee in the 1980s to work on a remedial action plan for the bay’s water quality problems. He has long been tracking the region’s progress.

But it’s a big problem. The region must halve phosphorus loads to the bay, and that is “not going to be easy in this system,” Klump said. Climate change will likely increase the frequency and severity of the extreme storm events that carry the majority of nutrients from fields into the bay. And the densely farmed region may now have more cows than it can support, he said.

As a society, Klump added, people’s lives and livelihoods, from agriculture to urban life, have been subsidized by the environment. “If that means we have to pay more for our food, we’ve got to pay more for food — we can’t just put that on the back of the farmer.”

This story is part of Water Watch Wisconsin, a project supported by The Joyce Foundation examining the quality and supply of water statewide.

One thought on “Farmers vow to reduce phosphorus, bane of Green Bay”