Legislative hearings are usually low-interest events. Not so with the two recent hearings held in the Wisconsin state Capitol on the fast-tracked right-to-work bill prohibiting private workplaces from requiring union membership or dues.

A total of 1,756 people registered a position for the first hearing, on Feb. 24, a tally of the official record shows. The record for the second hearing, on March 2, lists 1,065 people with a view to share.

Gov. Scott Walker proclaimed the bill a victory for workers’ rights. Yet precious few workers turned out to show their support for the freedom he and other Republicans delivered, using language taken almost verbatim from a corporate-funded national conservative group.

Lawmakers who passed the bill nonetheless insist they acted in accord with public opinion. One poll taken in January by the Wisconsin Policy Research Institute, a conservative think tank, showed 77 percent of respondents agreed with the statement that “no Americans should be required to join any private organization, like a labor union, against their will.”

This same poll showed support for right-to-work fell to just 50 percent when the question was whether all workers who “share the gains won by the labor union” should have to join and pay dues. Still, this and a poll by Public Policy Polling, affiliated with liberals and Democrats, found a much more evenly divided populace than suggested by the hearing turnout.

Charles Franklin, director of the Marquette Law School Poll, notes that there are two components of public and political opinion. One is size; the other is intensity. 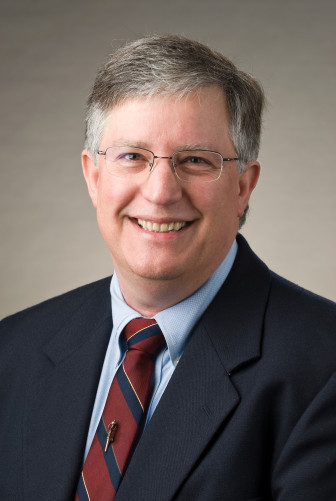 On right-to-work, Franklin says, public opponents may have led in intensity but not numbers. And politically, the pro-bill fervor among GOP lawmakers overwhelmed the opposition — even from some businesspeople, who typically lean Republican.

Franklin cites another example. A clear majority of Wisconsin residents support Common Core educational standards — 62 to 29 percent, in the WPRI poll. But intense opposition from some quarters has led lawmakers to attack the standards and Walker to propose banning the test associated with their use in Wisconsin.

Politicians, Franklin adds, are naturally more mindful of the views of those who support them. The most recent Marquette poll, in October, found that 57 percent of respondents backed a higher state minimum wage. But only 28 percent of Walker backers favored an increase, compared to 87 percent of those backing his Democratic rival, Mary Burke. Walker and other Republicans are cool to raising the minimum wage above the current $7.25 an hour.

The poll also showed majority support for accepting federal funds to expand health-care coverage, and majority opposition to making women seeking abortions have an ultrasound. But again, Walker supporters were aligned with his positions: no to federal funds, yes to ultrasounds.

Majorities of respondents also supported a Voter ID requirement and drug-testing of those who get food stamps and unemployment benefits, ideas the GOP backs. These majorities were stronger among Walker supporters.

Policymakers, Franklin says, are moved not just by poll numbers but by the “ideology within the party and the interest groups they’re aligned with.”

Consider whether Wisconsin should require background checks for private gun sales and gun shows. A March 2013 Marquette poll found this idea had 81 percent support, including 75 percent of self-identified Republicans, making it as popular in Wisconsin as Aaron Rodgers. Yet a bill to this effect was dead on arrival in the GOP-controlled Legislature last session. No hearing. No vote. No debate.

Franklin attributes this to the strength of pro-gun interest groups and intensity of lawmaker opposition. “Public opinion is not unimportant,” he says, “but it is far from powerful enough to determine every policy outcome.”