One of Wisconsin’s most vexing open records issues could be headed toward resolution.

For the past several years, problems have arisen over differing interpretations of how the federal Driver’s Privacy Protection Act should affect access to records here. Journalists and others contend it was never meant to block the release of routine information in police reports, while municipalities worry they’ll face punitive action by releasing it. 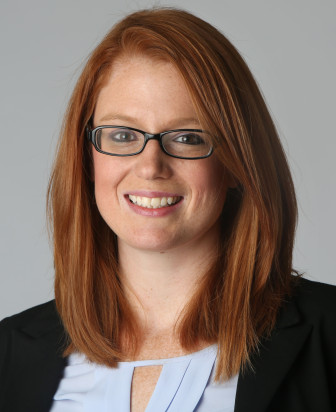 The Act was passed in 1994 to protect disclosure of personal information obtained through Department of Motor Vehicle records. But it has never affected the release of information gathered in police reports, until recently.

In 2012, a federal appeals court ruled that the village of Palatine, Illinois, may have violated the act by leaving parking tickets, which included personal information, on the windshields of motorists. The district court later ruled the village did not violate the DPPA; an appeal of that ruling is pending.

Some Wisconsin police departments, instructed by their insurers, began redacting personal information from police reports. No other state — not even Illinois, where the Palatine case occurred — adopted this interpretation.

Suddenly, journalists in Wisconsin could no longer conduct one of their basic job functions — reporting on issues of public safety.

The New Richmond News, one of the newspapers that received such blacked-out reports, sued the city of New Richmond over these redactions. The paper prevailed in circuit court, but the city appealed. The case is now before a state court of appeals and could end up in the state Supreme Court sometime this year.

In June 2014, when nearly 80 municipalities were following the black-out interpretation, the Wisconsin Newspaper Association reached an interim compromise with the League of Wisconsin Municipalities. The non-binding agreement allows for release of full reports as long as the requester uses an agreed-upon form to indicate who they are and verify that the use of information is related to public safety.

But a few local entities continue to disregard this agreement, so there remains a need for clarification by the courts.

For instance, the Taylor County Sheriff’s Office continues to redact personal information, while the Medford Police Department, located in the same building, releases it.

The DPPA was enacted to protect public safety. That’s the same reason the open records law holds that police reports are public. These two laws are not at odds with one another.

In my former role as a reporter, I relied on police reports to bring to light a series of improper police pursuits that caused accidents involving innocent, uninvolved motorists. One victim, a pregnant woman trying to get out of the officers’ path, was severely injured and blamed for the collision. Access to the police report — including the names and contact information of the woman and several witnesses — allowed me to expose egregious police misconduct that prompted change.

Police and accident reports are basic public records, and the ability to obtain them should not be compromised. We look forward to the courts bringing clarity to this issue, and upholding the public’s right to know.

Your Right to Know is a monthly column distributed by the Wisconsin Freedom of Information Council (www.wisfoic.org), a nonprofit group dedicated to open government. Julia Hunter, a former newspaper reporter, is the member services director for the Wisconsin Newspaper Association.