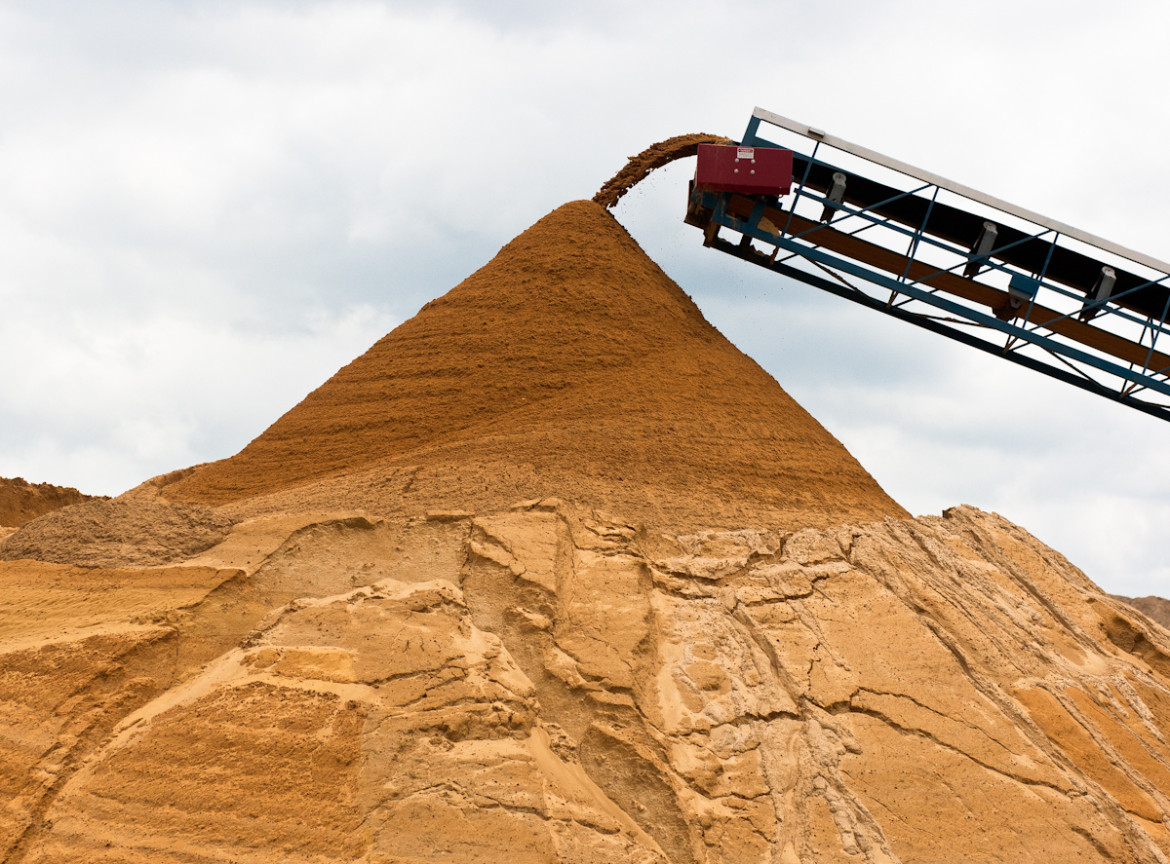 A conveyor pours crushed sand into a stockpile before it is washed and sorted by grain class size at Preferred Sands mine in Blair, WI, on June 20, 2012. Lukas Keapproth/Wisconsin Center for Investigative Journalism

A derailed train outside of Uniontown, Penn. spilled frac sand within six feet of a residential home. A former University of Pittsburgh public health dean said if he lived there, he would consider moving. Pittsburgh Post Gazette January 22

After several months, Houston County, Minn.’s planning commission has finally approved an ordinance on frac sand mining that will go next to the county board. Chairman Dan Griffin said this final version of the ordinance strikes the right balance between protecting citizens from potential impact while allowing the county to get some of the economic benefit. The Caledonia Argus January 27

Frac sand mining opponents throughout Minnesota have been calling out government bodies and officials recently. In St. Paul, with help from the Land Stewardship Project, residents protested an informational meeting for not allowing public participation. And in Houston County, a county board member questioned the propriety of closed-door meetings, while a longtime resident complained, “I hope one of these new mines opens up next to you.” PostBulletin.com and Channel 8000 January 27

After a two-year delay, Minnesota Sands LLC has restarted planning for a four-county-wide frac sand operation. The renewed effort was sparked again after the company delivered $130,450 to the Minnesota Environmental Quality Board for an extensive environmental review, money the state had required two years ago when the operations were first proposed. The Star Tribune February 4

But enough about Minnesota. The Wisconsin Department of Natural Resources has announced it will be moving forward with plans for a strategic analysis of the frac sand industry in the state. The department will begin with a public comment period throughout February and March. This comes after a statewide petition last fall from the nonprofit Madison-based law firm Midwest Environmental Advocates. WDIO January 28