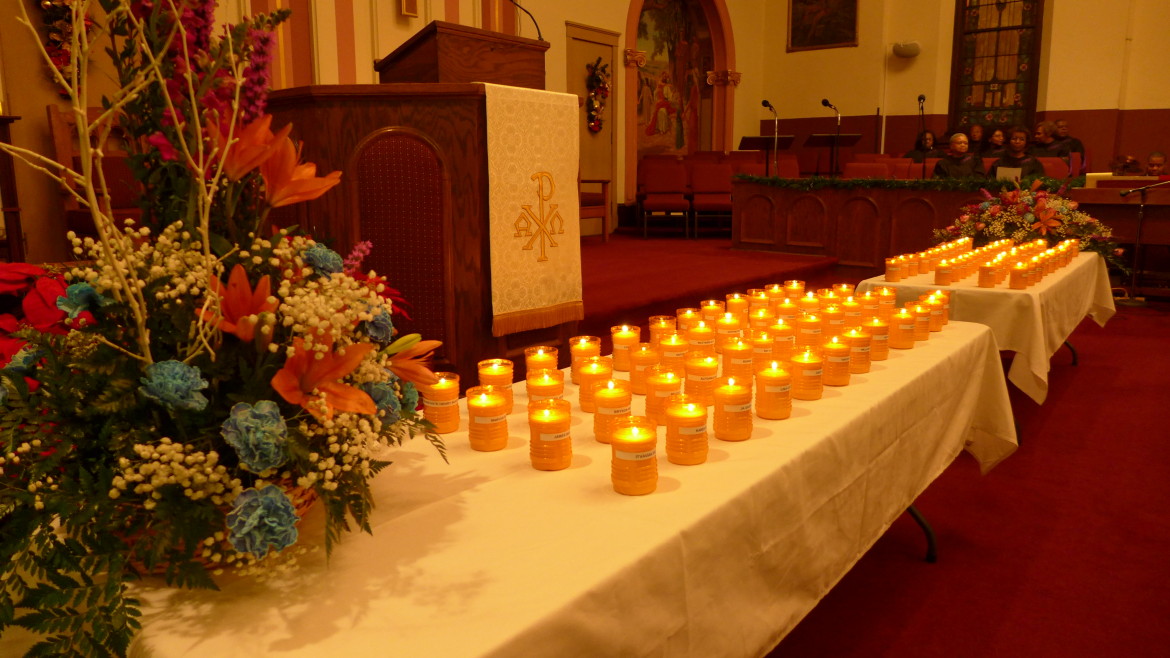 Candles with names attached, at a Dec. 30 memorial in Milwaukee for victims of gun violence there.

This story is the Wisconsin Center for Investigative Journalism’s first report for Precious Lives, a newly launched two-year project investigating the problem of gun violence among young people, its causes, and potential solutions in the Milwaukee area and statewide. Read more about the project.

Bullets exacted terrible toll on children, African Americans A Center analysis found that African Americans were more than 30 times as likely as non-Hispanic whites to be murdered by guns in Wisconsin last year.

James A. Witt: In January, police asked to check on the well-being of this 60-year-old resident in the village of Summit in Waukesha County found his body wrapped in a blanket; he had died from a gunshot wound. His son Shawn Witt was charged with first-degree intentional homicide and possession of heroin. His case is pending.

Precise Q. Martin: The 17-year-old Milwaukee resident was shot and killed in February when his acquaintance, Emmanuel Richards, 21, began goofing around with an AK-15 rifle, pointing it and pulling the trigger. Richards, who said he didn’t know the gun was loaded, was convicted of negligent homicide and sentenced to four years in prison.

Fredricka Hodges: The 29-year-old mother of two was killed by a stray bullet in April while sitting in a car in Milwaukee. A 20-year-old man was charged with first-degree reckless homicide but the charges were later dismissed. His defense attorney said he was the wrong guy. 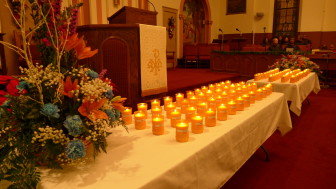 Candles with names attached, at a Dec. 30 memorial in Milwaukee for victims of gun violence there.

Joseph D. Walker: The Racine resident, 47, was robbed and shot by two masked men at an American Legion post in May. The father of five was remembered as someone who was always willing to help others, the peacemaker in his family. No one has been charged in connection with his death.

Nancy Meyers: The 78-year-old Kenosha resident was killed in June as part of a murder suicide also involving her husband Ronald Meyers, 80. “It’s one of those tragedies where one individual was sick, and the other said they couldn’t live without them,” a police official told the Kenosha News. “They made a pact, if you will.”

Beelee Chang, Jack Yang: Chang, 20, and Yang, 32, were shot to death in a car in Milwaukee in July. The alleged shooter, Do Thao, 23, who was also riding in the car after all three attended a party, has been charged with two counts of first-degree intentional homicide. His case is pending. “I had to do it, they ain’t right,” he allegedly told police.

Robert E. James Jr.: Milwaukee resident James, 30, was shot to death in August in front of a rental property he was renovating, allegedly by a former tenant who wanted his security deposit back. That man, Maurice Rockett, 30, was charged with first-degree intentional homicide; his case is pending.

Garth Velin: The 20-year-old Superior man was killed in September while being robbed by five individuals; he allegedly grabbed the gun of one of them. Chance Andrews, 17, is charged with felony murder; his case is pending. Police say one of the accomplices yelled at Andrews, “Why did you shoot him? You did not have to shoot him.”