At a recent board meeting of the nonpartisan watchdog group Common Cause in Wisconsin, executive director Jay Heck mused, “I get the feeling that nobody remembers Scott Jensen anymore, even though he probably plays a greater role now than he did then.”

Jensen, speaker of the state Assembly from 1997 to 2002, was “one of the most influential and divisive figures in Wisconsin political history,” the Associated Press noted earlier this year. 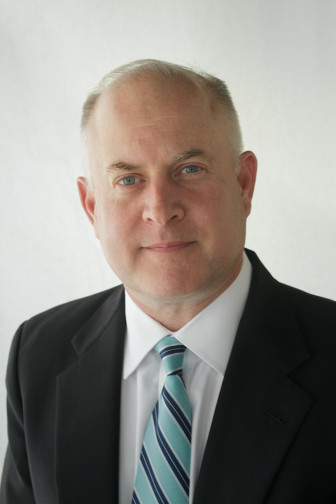 In 2006, as part of a broader scandal over the use of state resources for political campaigns, Jensen was convicted of three felony misconduct in office counts, later reversed on appeal. He ended up with a single misdemeanor conviction and a forfeiture.

Now Jensen is a lobbyist for the American Federation for Children, an advocacy group that supports school choice — using vouchers to direct public funds to private schools. AFC played a key role in the state’s recent elections, likely ensuring expansion of the state’s voucher program.

In an interview, Jensen laughs off Heck’s “compliment” but notes that AFC won six of the eight legislative races it targeted. “Our goal was to elect as many school choice supporters as possible, so we focused on races we thought would be close, where our efforts would make a difference,”  he says.

School choice proponents, many from out of state, funneled $64,000 directly into candidates’ coffers in 2014, through AFC and another group. (The AFC-affiliated funder, Wisconsin Federation for Children Political Fund, filed its last report Nov. 26, a month late, risking a penalty of up to $500. Its Washington, D.C.-based administrator did not respond to an emailed question about the late filing.)

In addition, AFC made independent expenditures of $866,000 to boost or oppose candidates. This adds to the nearly $10 million in state electoral spending by school choice proponents between 2003 and 2012, as tallied by the nonpartisan Wisconsin Democracy Campaign.

Jensen is proud of these victories, which he says give it “a school choice majority in both houses.” He attributes this success to public support for school choice.

Yet, in its electioneering, AFC commonly doesn’t even mention school choice. It attacked Wright for allegedly using sick leave to attend a protest, which she insists is not true. It went after Cates for his vote on the local school board concerning the Pledge of Allegiance. And it ripped Democratic Rep. Gordon Hintz for threatening a female colleague and being cited in a massage parlor sting operation, both in 2011. 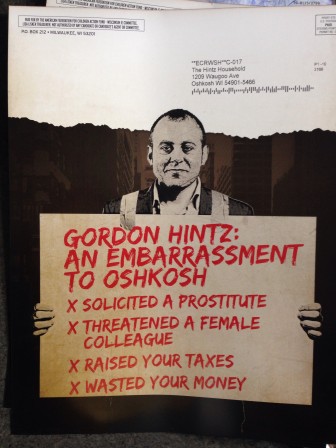 “It was pure character assassination,” fumes Hintz, who won by a meager three-point margin. “No issues. No mention of school vouchers. Just go for the throat.” AFC invested $107,000 in this race.

Jensen makes no apologies for using other issues to advance his group’s goals.

“We usually campaign on the issues that are most likely to move voters,” he says. The goal is to maximize “intensity.” He defends AFC’s attacks as accurate and even restrained. For instance, in Hintz’s case, “we didn’t have pictures with his pants around his ankles or anything like that.”

Hintz believes he survived his challenge because he addressed the choice issue head on. He asked why “billionaires from out of state” were backing his opponent and vowed to protect public schools.

But Jensen notes that other Democrats, including Wright and Cates, “actively campaigned against school choice” and lost. “I’m puzzled why the Democrats thought it would be a winning issue,” he says.

Certainly, Jensen and his group have proven that other issues are more potent.