Here’s one overlooked virtue to government transparency: More often than not, it shows public officials acting with good intentions.

Take the state Department of Revenue’s controversial decision to accept a lowered equalized value for a mothballed nuclear power plant in Kewaunee County in northeast Wisconsin. The $502 million figure arrived at by the town of Carlton, where the plant is located, was changed to about $10 million, the value embraced by the plant’s owner, Dominion. 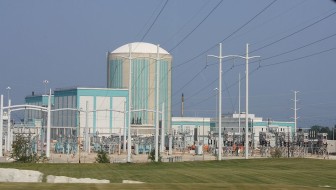 The town hired an outside appraiser to arrive at its figure. Dominion spokesman Mark Kanz confirms “there was never an assessment” that put the value at just $10 million. But he defends the lower value for a shuttered plant and degraded land.

Town officials say they felt strong-armed into accepting the deal and have accused the DOR of breaking the law in changing the value after Aug. 15, the statutory date for certifying equalized values.

Changing the value after this date was indeed problematic, according to more than 600 pages of public records released to the Wisconsin Center for Investigative Journalism.

Because property values are entered into a statewide system, the DOR had to devise a way to make a change for just part of the state. In an email dated Aug. 25, one DOR official wrote that “while this has never been done before,” some staff members “have some ideas” for making this happen.

That same day, the town of Carlton agreed to ask the DOR to accept the lowered value. Both the town and Kewaunee County approved resolutions to this effect, and the DOR found a way to accommodate the $492 million reduction.

Just days before, on Aug. 22, Wisconsin Gov. Scott Walker and a senior policy adviser held a conference call with a representative of Dominion, the records show.

Walker spokeswoman Laurel Patrick said this call was “set up to provide our office with an update about the decommissioning process” and to inquire into the possibility that the plant might be sold. Kanz said the governor was told this is “not a viable option.”

The released records show Walker’s office was kept apprised of the matter but they give no sign that either Walker or Dominion pressured the DOR to accept a lower assessed value. The pressure, such as it was, came from Kewaunee County. This included an email to DOR Secretary Richard Chandler from county Supervisor Lee Luft, an old acquaintance. The subject line mentioned “Brookfield Central Class of 1970.”

The county, Luft noted, stood to lose more than $700,000 in revenue and its taxpayers, like those in the town, faced the possibility of having to repay huge sums to Dominion, with interest, if the higher assessed value was later successfully challenged. The DOR apparently shared these concerns about harmful local impacts.

“The actions we took were legal, responsible and protected taxpayers,” says DOR spokeswoman Nicole Anspach. She dismisses an Aug. 27 email she sent to an agency higher-up offering “to read through the statutes to see if there is something to quote along the lines of recertifying values not being illegal” as merely repeating the charge made by town officials.

In mid-September, Luft emailed Chandler a thank-you note: “I believe the path that was chosen was in the best interests of the township and Kewaunee County as a whole.”

Al Kohnle, the town of Carlton assessor, still feels that the law does not allow changes past Aug. 15. But Susannah Camic Tahk, an associate professor at the University of Wisconsin-Madison who specializes in tax law and policy, says the statutes are imprecise, and the courts might give deference to the DOR in how they are interpreted.

The wrangling may not be over. Kohnle says the town is resisting efforts by Dominion to lock in the $10 million valuation for the next decade. Its position is clear: “We want Dominion to do an appraisal before anything else happens.”