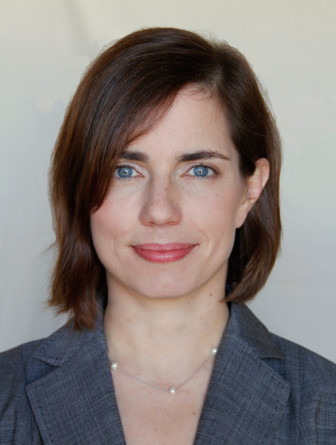 Following the Aug. 9 police shooting of Michael Brown, an unarmed teenager in Ferguson, Missouri, citizens and the public demanded to know the involved officer’s name. The Ferguson Police Department stirred national attention, and some outrage, by waiting six days to reveal it: Officer Darren Wilson.

Wisconsin has Ferguson beat. On April 30, 2014, a Milwaukee police officer shot Dontre Hamilton 14 times, killing him. Hamilton, 31, was unarmed and had a history of paranoia and schizophrenia, according to his family. Yet Milwaukee police did not confirm the identity of the officer who shot him for more than four months.

True, the department disclosed the officer’s name to Hamilton’s family in July, more than two months after the incident, and the family later shared it at a community forum. But the department did not publicly name Officer Christopher Manney as the shooter until October.

The department said it was just following past practice and was waiting to see whether the district attorney would file charges against the officer before releasing a name.

But in fact, Chief Edward Flynn identified Manney after the department’s internal investigation was completed, when heannounced the officer’s termination from the force. No charging decision has yet been made.

There is obvious public interest in knowing the identities of law enforcement officers involved in shootings. Prompt identification of officers helps preserve public confidence in law enforcement and ensure correct information.  It also alerts the public earlier if other complaints and concerns have arisen about the officer.

Jonathan Safran, an attorney for the Hamilton family, told WISN 12 that citizens have a right to this information because “this is a publicly paid individual employed by the city of Milwaukee, and the police department is being paid by taxpayer dollars.”

Waiting for an indeterminate date to identify officers involved in citizen shootings can unreasonably delay release of this important information.  Internal and criminal investigations can stretch for weeks or months, as they did in Hamilton’s shooting.

Complicating matters, there seems to be little consistency in how police departments approach this issue. Some routinely release the names of officers involved in fatal shootings immediately after those events.

Three days after the 2012 fatal police shooting of Paul Heenan, an unarmed local musician, Madison police released the name of the involved officer. News media then reported on other incidents involving the same officer, including an instance where he was suspended for shooting at the tires of a fleeing car.

The officer, Stephen Heimsness, later resigned after the department sought his dismissal for charges unrelated to the shooting.

In Ferguson, police said they withheld the name due to death threats against the officer and concerns for his safety. “Right now, people want it so they can destroy that person’s life,” Police Chief Thomas Jackson said. “That’s the only reason that group’s asking for it.”

While Ferguson was surely a charged situation, the police chief’s statement reflects cynicism and an unfortunate distrust of citizens. The department’s six-day delay also contributed to brewing frustration, lack of confidence in the department, and bad information. Hackers even attacked the department’s computers to learn the name, which resulted in the wrong person being named.

The Milwaukee Police Department, which has promptly named officers involved in other fatal shootings when it believes they have acted heroically, was wrong to withhold Manney’s name for so long.

There are many downsides, and little benefit, to waiting for internal or external reviews to be completed before providing the public with accurate information about officer-involved shootings. The Milwaukee Police Department and other police departments should reconsider their practices.

Your Right to Know is a monthly column distributed by the Wisconsin Freedom of Information Council (www.wisfoic.org), a nonprofit group dedicated to open government. Christa Westerberg, at attorney with  McGillivray Westerberg and Bender, is the group’s vice-president. She also serves as legal counsel for the Wisconsin Center for Investigative Journalism.