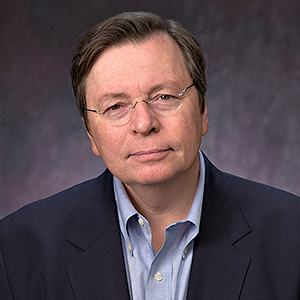 Top investigative journalist and bestselling author Charles Lewis will deliver a lecture Thursday on “Investigative Journalism and the Future of Truth” in Madison — and the public is invited.

Lewis will speak at 4 p.m. Oct. 9 at the University of Wisconsin-Madison School of Journalism and Mass Communication’s annual Ralph O. & Monona H. Nafziger Lecture. The free event will take place in Howard Auditorium at The Fluno Center, 601 University Ave.

Lewis, a professor of journalism and the founding executive editor of the Investigative Reporting Workshop at the American University School of Communication in Washington, D.C., will discuss his recent book, 935 Lies: The Future of Truth and the Decline of America’s Moral Integrity. A former ABC News and CBS News 60 Minutes producer, Lewis is a founding board member of the nonprofit Wisconsin Center for Investigative Journalism.

Lewis will talk about some of the most significant misrepresentations by those in power in the United States, in government and major corporations, and the role of journalists in exposing them (or not) since 1950. And he will discuss how the professional journalism landscape has changed, including the evolution of the nonprofit journalism ecosystem.

“Charles Lewis is one of the world’s most courageous and innovative journalists,” said Andy Hall, WCIJ’s executive director.

“Through his work, deadly abuses of power have been revealed. He understands, better than anyone, the changing journalistic landscape, and how barriers to truth-telling imperil our democracy.”

At the lecture, Lewis will answer questions from the audience. He will be available to sign books.