This is Carrie Roy. She makes art.

This is me, an investigative reporter and the Center’s multimedia director.

Carrie and I have been working together over the past year on a project that is way out of my wheelhouse of documents, data and interviews.

Our collaboration is to find new audiences for investigative reporting by transforming my reporting into sculptures. I often uncover disturbing statistics that stick with me. A reader normally might pass by them in the story in a second. Carrie makes them into physical objects that a person can touch and linger over.

She is an expert in just that. A postdoc in the University of Wisconsin-Madison’s Wisconsin Institutes for Discovery until recently, some of Carrie’s previous work included making sculptures out of agricultural statistics and big-data text analyses of Victorian literature.

Here’s how it started. Carrie and I hung out at a bar next to the WID. I vented about everything that’s wrong with the water in Wisconsin, things I’ve learned in reporting for our Water Watch Wisconsin project. Like how the concentration of cows in northeastern Wisconsin has risen, increasing concerns that manure that could contaminate private wells.

Farmers spread manure on the land to fertilize crops, but the land can only take so much. Over-application increases the risk to groundwater supplies. And northeastern Wisconsin’s geology makes its groundwater particularly vulnerable. At the same time, it is home to the densest livestock agriculture in the state — Brown County has a half a cow for every acre of cropland.

On the spot, Carrie dreamed up the first sculpture: a life-size half-cow, standing on a pedestal that shows the volume of manure a cow produces daily. 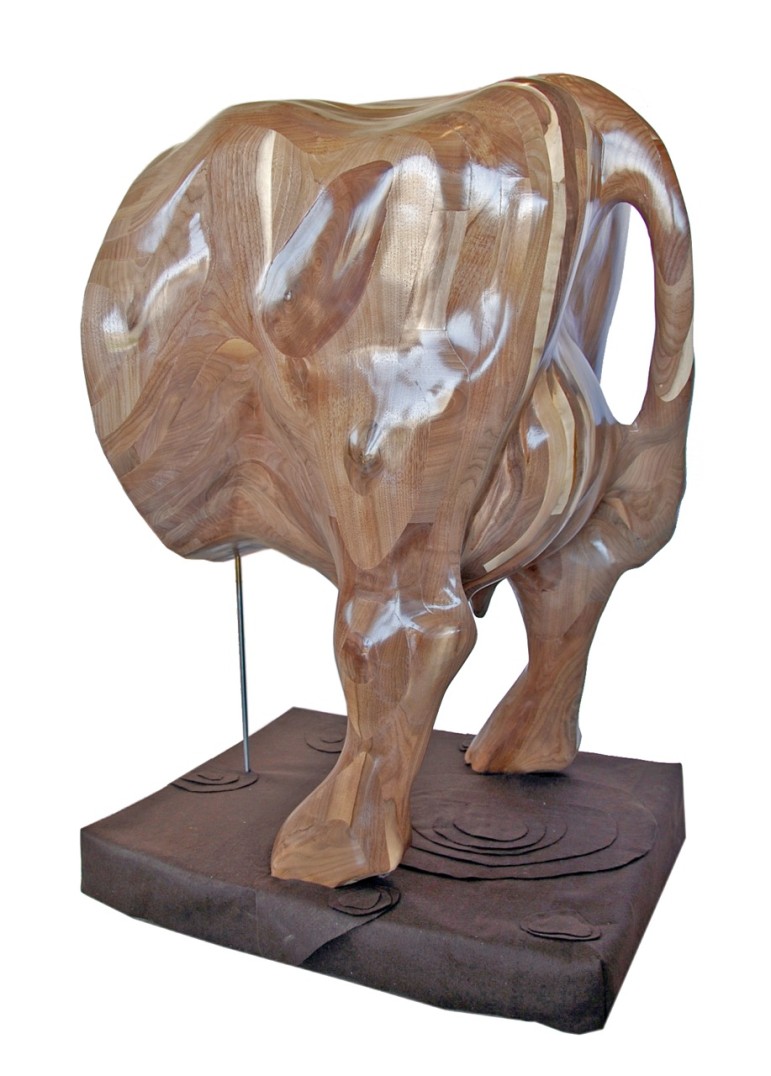 One Day in Brown County, by Carrie Roy.

It helps that Carrie is not only an expert in bridging data and art, but happens to be a former Charolais beef breed “ambassador” who grew up on a ranch and has an an eye for the finer points of a heifer’s anatomy. 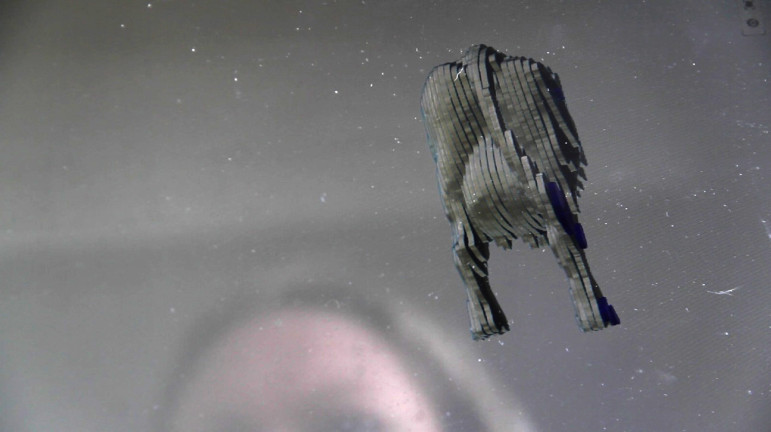 A cow floats in space. Roy created a computer model from a toy cow, then created a series of slice guides she\’d use to make the wooden version.

Here’s another one: A third of Wisconsin’s wells are estimated to contain traces of pesticides. Here, Carrie uses a faucet like those in rural areas, and lays walnut — a wood that while being cut is poisonous — into the smooth stream of wood below it. 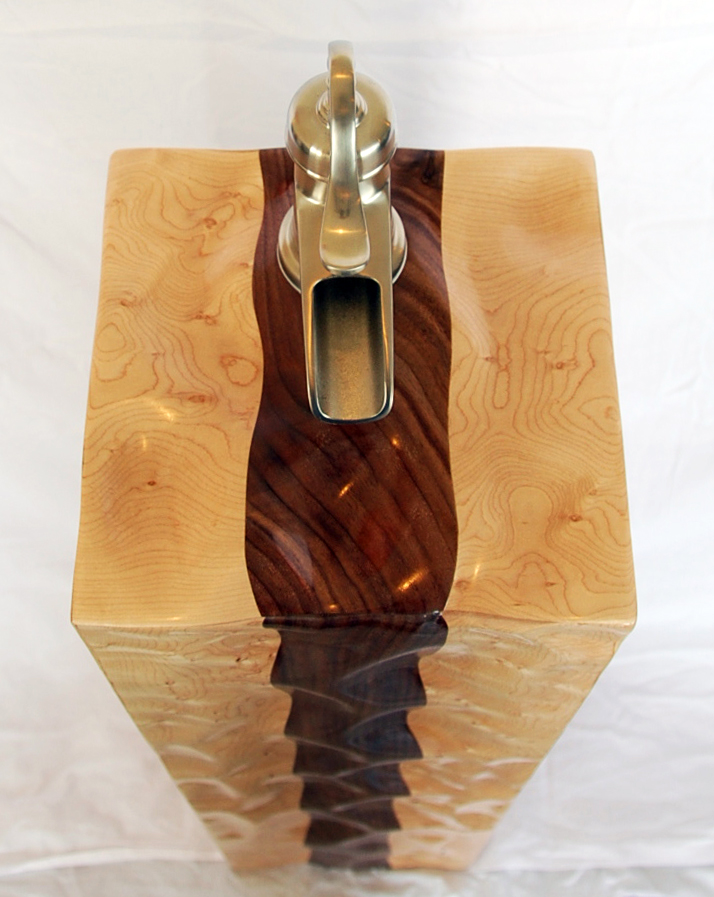 Well Water 2:1. A third of Wisconsin\’s wells are estimated to contain pesticides.

Today we learned that the Center has been awarded a $35,000 grant from the Knight INNovation Fund, which is supported by the John S. and James L. Knight Foundation as part of its Local Media Initiative and administered by the Investigative News Network. With it we’ll continue our collaboration — and even use it to help raise money for the Center.

First off, we’ll be able to pay Carrie properly for her work. We’re hoping to display the project in the Madison area this fall and winter. Then, next spring — maybe in time for runoff season? — we plan to take her pieces on the road in Wisconsin, where we’ll use them to start conversations about water issues in the state. We’ll pair the pieces with digital panels displaying some of our reporting on the issues, like the data visualizations that sparked them in the first place.

Be on the lookout for a crowdfunding campaign, because we’ll need your help to put this on.

Once they’ve traveled the state, we plan to auction off the pieces, because executive director Andy Hall may want to reclaim some space in his house. He can testify that a life-size walnut wood half of a cow is a fine conversation starter. That’s the idea.