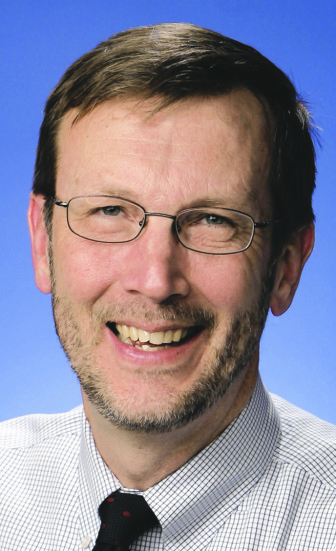 When state employees misbehave, does the public have a right to know who they are? Two state agencies are answering that question in different ways.

Both the state Department of Justice and Department of Natural Resources have in the recent past blacked out the names of state workers from records of disciplinary actions released to the media. The agencies claimed the public interest was “sufficiently served” by releasing these redacted records.

The jousting began in 2013 when The Associated Press requested disciplinary records for DOJ employees. The agency released the records but not the names. Earlier this year, the AP made a similar request to the DNR and got a similar result.

But the DNR has had a change of heart. In late August, after an open records request by the Lakeland Times of Minocqua, the agency released the names of management and law enforcement employees disciplined in 2013, and those engaged in “more serious misconduct.” It has since signaled plans to release the rest.

The Justice Department, though, stands by its decision to withhold the names of employees found to be breaking the rules.

“When a disciplined employee’s name is not released, the public is still informed about what the discipline was and why it was imposed,” said DOJ spokeswoman Dana Brueck. The released information, she continued, “allows the public to see that its government is holding line staff employees accountable for their actions and taking steps to correct those situations, without stigmatizing the employees for minor violations.”

In its February 2013 letter to the AP, the Justice Department said none of the disciplined workers was “highly placed,” all were cited for work rule violations, and that publicizing their names “would embarrass them” and be “counterproductive” in persuading employees to correct their behavior.

The letter also claimed that supervisors would be less likely to mete out discipline if the names of employees were routinely released.

First of all, rank shouldn’t matter. Whether the workers are line workers or top management, the same rules should apply. And even minor work rule violations can have a serious impact on morale, especially if there is a pattern of abuse. Without the names, it is harder for the public to know about patterns of conduct — or if the state responded promptly and fairly.

I’m no advocate of public shaming, but knowing there is a possibility your name will become public might be a deterrent to bad behavior. And as for supervisors who are reluctant to discipline employees for fear of disclosure, I’d argue that management is no place for the faint-hearted.

Finally, working in the public eye has always meant giving up a small amount of privacy.

Current state law requires a “balancing test” to determine whether information can be shared with the public. The test begins with a strong presumption of openness that must be weighed against arguments favoring secrecy.

In a 2006 decision, Kroeplin vs. DNR, a state appeals court ruled against a conservation warden who tried to keep his disciplinary record secret. The court concluded “the public’s strong interest in accessing these records is not outweighed in any way by the reasons offered by the DNR for preventing disclosure.”

The DOJ, which cited the Kroeplin case in its letter to the AP, seems to have relied on a narrow reading of the case while ignoring its overriding theme: openness trumps secrecy.

This could all be simpler. State law could require that every public worker who is disciplined be named. That might deter misbehavior. It certainly would guarantee a better informed public.

Your Right to Know is a monthly column distributed by the Wisconsin Freedom of Information Council (www.wisfoic.org), a nonprofit group dedicated to open government. David Haynes, a council member, is the editorial page editor of the Milwaukee Journal Sentinel.

Your Right to Know is a monthly column distributed by the Wisconsin Freedom of Information Council (www.wisfoic.org), a nonprofit group dedicated to open government. David Haynes, a council member, is the editorial page editor of the Milwaukee Journal Sentinel.

One thought on “Your Right to Know: Disciplined workers should be named”