To Keith Reopelle, Wisconsin’s failure to revise its rules for new buildings to incorporate the latest advances in energy conservation is a huge mistake.

“People building new buildings are missing the benefits of efficiency improvements that the rest of the country is taking advantage of,” said Reopelle, who heads the nonprofit environmental group Clean Wisconsin. “We’ve stopped improving our buildings in terms of health and safety and efficiency.”

According to a U.S. Department of Energy website, Wisconsin’s energy conservation standards for new building construction are equivalent to 2009 international standards, which the state did not enact until September 2011. It has not yet enacted updated standards promulgated for 2012. 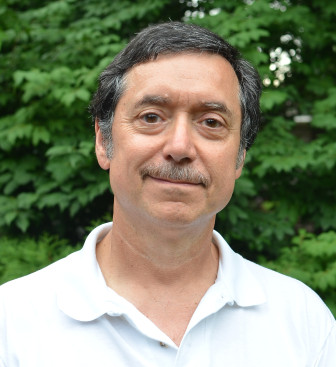 Ross DePaola, former chair of the state’s energy conservation code council, says Wisconsin’s failure to update this code puts it “in violation of the state statute.”

In a letter to Walker dated May 31, 2013, a deputy assistant secretary for the U.S. Department of Energy noted impending deadlines for updating these standards “to help taxpayers in Wisconsin achieve the cost savings associated with these energy efficiency measures.”

That drew a reply dated July 10, 2013, from Christopher Schoenherr, deputy secretary of the state Department of Administration. The letter said Wisconsin adopted the 2009 standards in 2011 and that its Department of Safety and Professional Services “reviews building codes every three to five years for possible updates.”

The International Energy Conservation Code is updated every three years. A state statute passed in 1993 requires the department to begin a review of this code as soon it is published, and submit proposed revisions to the Legislature within 18 months.

“They’re in violation of the state statute,” said Ross DePaola, a Madison-based energy efficiency consultant. DePaola served on the state’s energy conservation code council for more than a decade, representing Clean Wisconsin, and chaired the incarnation that passed the 2009 code. “All indications are that they haven’t worked on anything.”

DSPS spokeswoman Hannah Zillmer, responding to requests for comment made to Schoenherr, acknowledged that the energy conservation code, unlike ordinary building codes, “is on a three-year schedule as established by statute.” She said proposed rule changes in this area have been submitted “in conjunction with other building code updates.”

The state’s energy conservation code council last met in 2009. Zillmer said this council could be revived, or its duties could be performed by other code councils. The 2015 code is now available for review.

DePaola said the state is missing out on its “one shot” — during construction — to take advantage of new products and practices that make buildings more energy efficient. He added that he has twice submitted applications to continue serving on this committee, should it be reconstituted, but received no reply.

“This is a consequence of reducing state government and saying we don’t like regulation,” DePaola said.