No one in America has more faith in democracy than a long-shot candidate for public office.

“If I didn’t believe that I could win, I wouldn’t be doing it,” says Dan Sebring, a Republican candidate for Congress in Wisconsin’s heavily Democratic 4th District. “From my perspective, there’s a very high potential that she could be defeated. It depends on the turnout.”

Sebring says his doggedness has inspired others, but that’s not why he runs. He thinks the pundits who dismiss his chances are wrong. 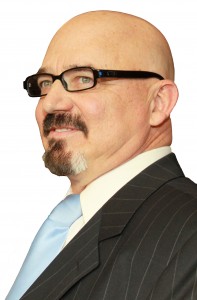 Dan Sebring says he’s in it to win.

But the pundits have proven much better than quixotic candidates at making electoral predictions. And two highly reliable sources, Cook Political Report and Sabato’s Crystal Ball, say only one of Wisconsin’s eight congressional seats is even possibly in play. (Neither Wisconsin Senate seat is on the ballot this year.)

That lone race is in District 6, where GOP state Sen. Glenn Grothman and Democrat Mark Harris, the Winnebago County executive, are vying to replace Republican Tom Petri, who has held the seat for 36 years. And even here the pundits predict a GOP win, preserving the state’s allotment of five Republicans and three Democrats in Congress.

In 2012, after the last redrawing of voter boundaries, 6th District voters favored the Republican candidates for president and U.S. Senate by margins of 54 and 55 percent, respectively. As of the last filing, Harris had raised just $60,000 to Grothman’s $336,000, which for Grothman included a hard-fought primary.

The pundits peg the other seven races as foregone conclusions — a conclusion the challengers are eager to forego.

“I do have a chance,” insists Republican Tony Kurtz, who’s opposing Democrat Ron Kind in District 3. A 20-year Army veteran and organic farmer, Kurtz has been campaigning full-time since January, driving more than 35,000 miles. He’s proud of his grassroots support and pleased with his recent fundraising. As of last reporting, Kurtz had $113,000 to Kind’s $1.6 million.

Kelly Westlund, a Democrat challenging Rep. Sean Duffy in District 7, also thinks she can win. A small business owner and former member of the Ashland City Council, Westlund has raised more than $300,000. Duffy has raised $1.9 million, nearly half from political action committees.

Three other Democrats are challenging GOP incumbents: Rob Zerban versus Paul Ryan in District 1, Chris Rockwood versus James Sensenbrenner in District 5, and Ron Gruett versus Reid Ribble in District 8. And Republican Peter Theron is taking on Democrat Mark Pocan in District 2.

So far this cycle, the seven incumbents have collectively raised $13.9 million. Their rivals have raised about $1 million, including $842,000 by just Zerban and Westlund.

House incumbents enjoy astonishingly high reelection rates — 90 percent in 2012 — during a time of historically low approval ratings for members of Congress. Thus, no surprise, some Wisconsin challengers seem to be running not so much for Congress as against it.

“Like you, I am tired of the games that leaders on both sides of the aisle play,” Kurtz declares on his website. Harrissays the public is ill-served by the “rhetoric and entrenched positions” in Washington. And ZerbancallsRyan, the Wisconsin delegation’s top fundraiser at $7.2 million, “a prime cause of Washington dysfunction.”

Westlund has made campaign finance reform a key issue, calling for a constitutional amendment to establish that “corporations are not people and money isn’t speech.”

In talking to voters, Westlund reports tremendous accord on this topic: “As soon as you say, ‘Should we get money out of politics?’ the answer is ‘Yes’ from everyone.”