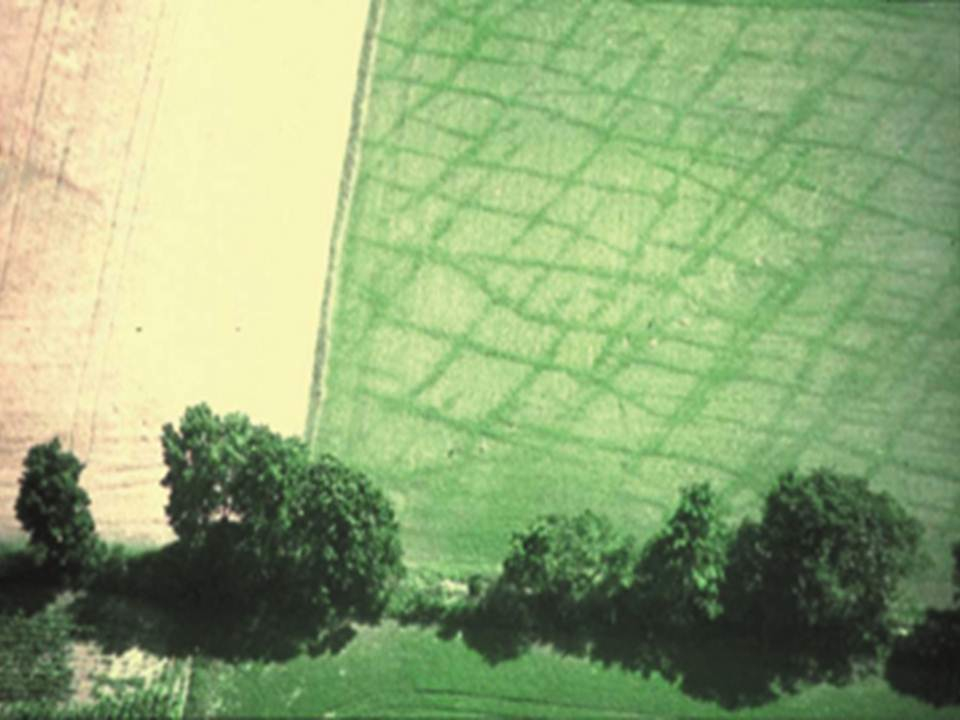 During the summer in northeastern Wisconsin, the alfalfa will tell you where the karst features are. Cracks in the bedrock retain more moisture, and that's where the plants are greenest. Those cracks are also what makes groundwater vulnerable — water may not have time to filter on its way down to the aquifer.

The measure passed despite opposition from the Dairy Business Association and other major Wisconsin agricultural groups that called it illegal.

The Center previously reported on the ordinance, which is intended to keep waste — including manure, plus industrial and human waste — from contaminating groundwater in particularly vulnerable areas.

When soils are thin, they are less likely to effectively filter surface water heading down to the aquifers. Winter, when most groundwater is recharged by rainfall or surface waters, is the riskiest period. Thirty percent of the county’s wells have tested unsafe for bacteria or nitrates, with higher percentages in the towns that have the thinnest soils.

In a Sept. 18 letter, the agricultural groups said the county did not have the authority to pass the ordinance and said it should have been submitted to the state for approval. And they said the ordinance was unnecessary because the Wisconsin Department of Natural Resources already regulates groundwater pollution.

The ordinance is now set to undergo a series of town referendums in the spring. It will be administered only in those towns where a majority of voters approve it. The towns with the most shallow soils are Lincoln, Luxemburg, Casco and Red River, according to Kewaunee County conservationist Andy Wallander.