Lauren Fuhrmann has been promoted to associate director of the Wisconsin Center for Investigative Journalism.

Fuhrmann, who joined the Center in 2011, was promoted from public engagement director to associate director in recognition of her growing responsibilities and outstanding performance, Executive Director Andy Hall said. 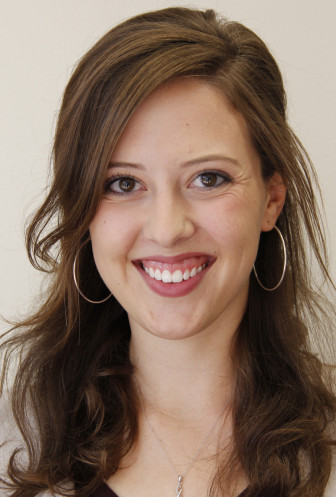 “Lauren’s willingness to tackle new challenges, and to stretch her skills, have helped the Center, and its counterparts across the nation, to produce better journalism and improve the measurement of its impact,” Hall said.

Fuhrmann leads WCIJ’s public engagement efforts, including events, social media, newsletter and promotional materials; is co-director of the website; tracks the distribution and assesses the impact of WCIJ’s news stories; assists with development of donors and writing of grant reports; handles bookkeeping duties; and produces photos, audio and video content.

In 2013, she was among five young leaders in the inaugural group of “Future Headliners” honored by the Wisconsin Newspaper Association. She has presented panels and coached colleagues through the Investigative News Network, a consortium of 100 nonprofit investigative newsrooms.

A Wisconsin native, Fuhrmann is a 2011 graduate of the University of Missouri-Columbia’s journalism school.

She is an emerging leader in the field of tracking the reach of nonprofit news outlets. According to a metrics analysis designed by Fuhrmann, the Center’s 160 major reports and 160 Money and Politics columns have been published or cited by more than 230 news organizations, reaching an estimated audience of more than 35 million, since the Center was founded in 2009.

Fuhrmann previously researched audience engagement as a social media intern for Harvest Public Media and spent two years as a multimedia reporter for KBIA 91.3 FM and the Columbia Missourian newspaper.