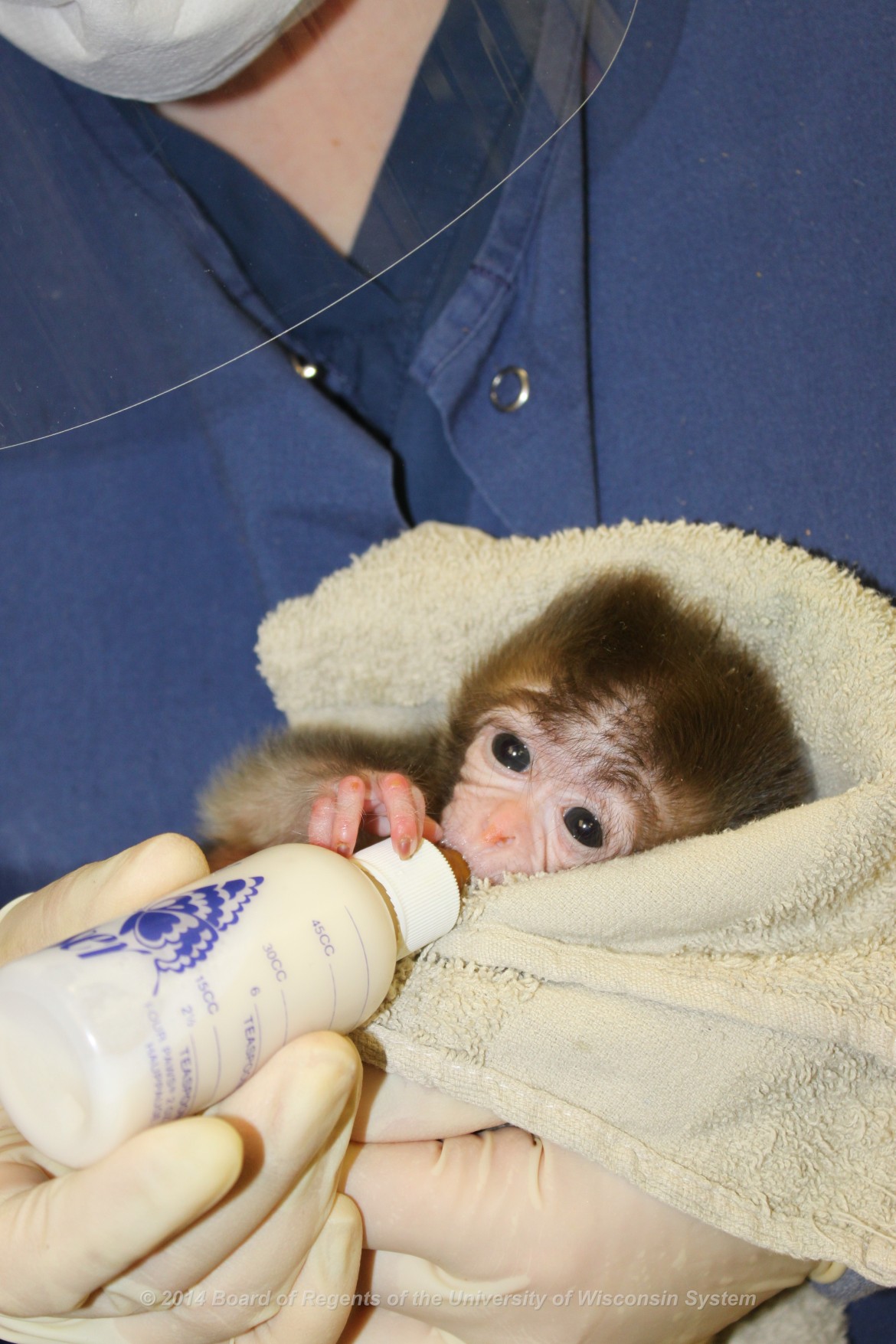 Very young monkeys who are separated from their mothers are fed by animal caretakers at the University of Wisconsin-Madison. “They hold the animals, they give them comfort, they give them warmth,” says Saverio Capuano, head veterinarian at the Wisconsin National Primate Center.

Craig Berridge, a behavioral neuroscientist at the University of Wisconsin-Madison, is comfortable with the scrutiny given animal research on campus.

“Animal research is a heavily regulated and overseen process,” says Berridge, who studies the brain mechanisms of rats. “And I think everyone who does animal research feels they’re balancing the need for and desire to alleviate human suffering and to minimize animal suffering.”

Berridge is the chairman of the College of Letters and Science committee that oversees animal research. There are five such bodies, known as Institutional Animal Care and Use Committees, or IACUCs. Experiments are also vetted by funding agencies such as the National Institutes of Health. 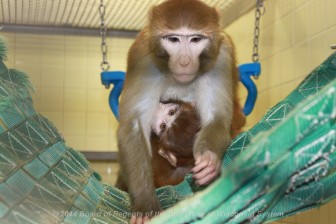 As part of the study on the effect of early adversity on the brain by psychiatrist Dr. Ned Kalin, infant monkeys who are peer-housed within the nursery at the University of Wisconsin-Madison are moved regularly to this “play cage” equipped with swings and puzzles.

These committees were mandated by a 1985 amendment to the federal Animal Welfare Act in the wake of revelations about the scandalously grisly laboratory conditions of a colony of rhesus monkeys in Silver Spring, Maryland.

“It’s a committee with a very explicitly identified purpose,” Berridge says. “It’s a committee that satisfies federal rules, federal laws, and those laws prescribe what we’re supposed to do.”

But others are skeptical that the animal researchers who dominate the IACUCs are capable of rigorously evaluating the ethics of the work on which their livelihoods and careers are built.

The committees are primarily composed of animal researchers, although they are required to include at least one public member. They have the ability to reject studies or require changes. Usually, committees approve experimental protocols unanimously after requesting revisions.

Since 2004, around 12,000 protocol submissions have been made to the UW’s five campus IACUCs, a somewhat duplicative number since many were submitted multiple times, says Eric Sandgren, director of the Research Animal Resources Center. Eighteen of those protocols drew dissenting votes, nine were denied outright, and an unknown number of protocols were simply withdrawn, he says.

Sandgren notes that the committees almost always ask for protocol revisions. “I do not believe it is a criticism of our system that IACUCs are willing to work with investigators until a protocol finally receives approval.”

Saverio Capuano, head veterinarian and researcher for the Wisconsin National Primate Research Center, is responsible for vetting protocols before they are reviewed by the graduate school IACUC. He sees his role as limited.

“(Researchers) come with their grants, they come with their ideas,” says Capuano, himself a primate researcher. “I don’t tell them what to do. I just make sure the animals are treated … fairly and humanely.”

But Rob Streiffer, who chaired the Letters and Science committee before Berridge, says that if a researcher provides a compelling enough rationale for their research, then the committees may approve it, no matter how cruel.

“Imagine you’re running an experiment on wound infection, where you have to withhold veterinary treatment precisely in order to witness the phenomenon,” Streiffer says. “The IACUCs are authorized to make those kinds of exceptions.”

He adds that he believes there is too little “explicit discussion” on ethics in the oversight process.

“I think the de facto rule is that if the vets have already signed off on how the animals will be treated, and if it’s good science, and it’s something that fits into this larger picture about something important, then it’s going to be okay.”

This is a joint project by the Wisconsin Center for Investigative Journalism and Isthmus. The nonprofit Center (www.WisconsinWatch.org) collaborates with Wisconsin Public Radio, Wisconsin Public Television, other news media and the UW-Madison School of Journalism and Mass Communication. All works created, published, posted or disseminated by the Center do not necessarily reflect the views or opinions of UW-Madison or any of its affiliates.