A recent column on the stalled John Doe probe into allegedly illegal campaign activities drew an impassioned email from a reader in Appleton.

“I read yet another column of yours criticizing Republicans for ‘coordinating’ during campaign season,” she wrote. “It seems this witch hunt by the Democratic Milwaukee DA has been one-sided. And media outlets such as yours feed into that one-sided witch hunt by encouraging it.”

First of all, the column did not criticize Republicans or anyone else for coordinating. It simply noted that Gov. Scott Walker and his supporters have declared that coordination between campaigns and outside groups engaged in issue advocacy is perfectly OK, a view two judges have endorsed, and asked if this was still occurring. 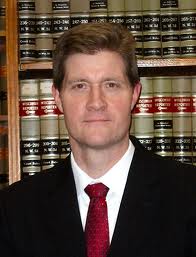 As for whether the investigation is a partisan witch-hunt, that’s an assertion Walker and others have made repeatedly. It’s no surprise people expect journalists to embrace this view as fact.

Journalists are not supposed to do that, without proof. Yes, the probe was launched by a Democrat, Milwaukee County District Attorney John Chisholm. But the special prosecutor who heads it is a Republican who voted for Walker.

Moreover, the columnist has never encouraged the John Doe prosecutors. Neither has he disparaged them. The columnist believes, based on his three decades as a reporter, that most public officials are honorable and entitled to the presumption that they are acting in good faith. That’s an unpopular view, but he’s sticking to it.

At the center of this issue is not a cosmic battle between good and evil but a dispute over what is and isn’t legal. This is a question the courts will have to sort out. And the decisions they reach will affect members of both parties.

As for why the probe focuses just on Republicans and their supporters, that’s a good question. The woman in Appleton, in further exchanges with the columnist, said this “is something that I don’t think any reporter has asked.”

She added that she did not want her name associated with its asking, saying she “wouldn’t want my home raided” by Chisholm, whom she believes “will use strong-arm tactics against those whose ideology he does not agree with.”

And so the columnist, keeping the Appleton woman’s name out of it, put her question to Chisholm and his attorney, Douglas Knott. Neither responded.

But the state Government Accountability Board, which green-lighted the probe, asserted in a court filing that “an individual’s or an entity’s affiliation with a political party or cause plays no role in the GAB’s analysis” of whether laws may have been broken. It included extensive documentation of investigation and enforcement actions against Democrats as well as Republicans.

Former Wisconsin Supreme Court Justice Jon Wilcox is uniquely qualified to comment on this area. His campaign paid $10,000 toward a $60,000 settlement over alleged coordination with an outside group that sent an issue-oriented mailing during his 1997 bid for reelection.

The state determined that Wilcox was not personally involved in these activities and, he says in an interview, “I was disappointed (it happened) because it wasn’t needed.” He won with 62 percent of the vote.

Wilcox agrees the coordination was illegal at the time but wonders, based on recent court rulings, if the rules have changed. Similarly, he doesn’t think the investigation into his campaign was politically motivated but isn’t sure the same can be said of the current John Doe probe.

“I can understand the concern that people have,” Wilcox says.

In other words, Wilcox does not share the columnist’s view that there is no reason to suspect partisan motives. But his take on the issue is fair-minded and measured. We could use more of that.

One thought on “John Doe probe perceptions vs. reality”