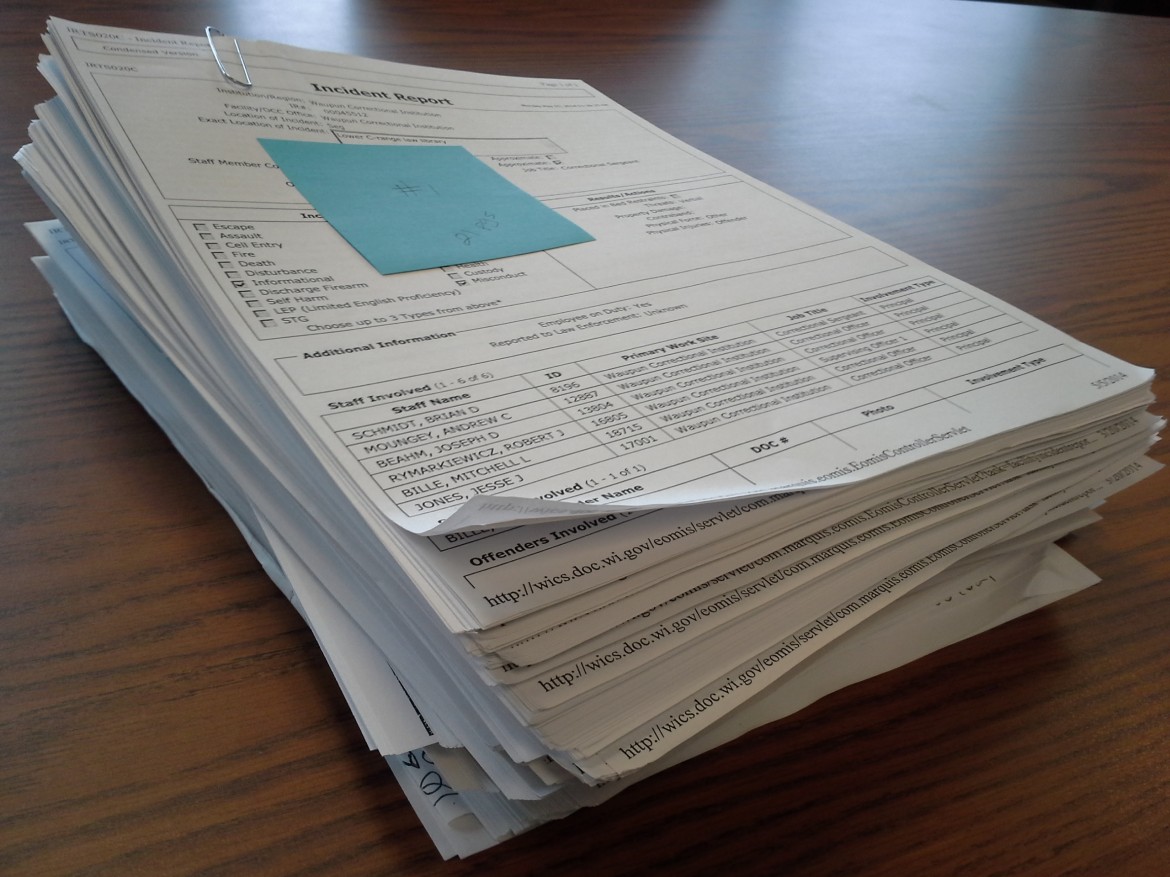 The state Department of Corrections released hundreds of pages of records but denied access to other materials, including videos and internal complaints.

The Wisconsin Center for Investigation, in its five-month investigation into allegations of abuse of inmates by guards at Waupun Correctional Institution, obtained copies of letters and internal complaints sent to public officials, a state prisoner rights advocate and a private attorney, who first obtained the prisoners’ permission. It also received some letters from prisoners and interviewed former inmates. Additional material came from filings in federal lawsuits and state court proceedings.

In response to an open records request, the state Department of Corrections, after two months, provided records of disciplinary investigations for eight employees; it withheld records showing what discipline, if any, was imposed. The DOC said this would “have a chilling effect on management’s ability and willingness to candidly discuss” disciplinary actions.

The DOC, citing security reasons, denied the Center’s requests to interview inmates and take photographs in the segregation unit at Waupun, or videotape an inmate at another facility. It redacted from the released records references to inmate injuries and the physical or mental health treatment they received. It categorically denied access to formal complaints filed by inmates against guards, although some released records do convey the inmates’ perspective. And it denied access to video recordings to various incidents, saying this would compromise security.

DOC spokeswoman Joy Staab answered questions by email and provided photographs, including those of empty cells at the segregation unit at Waupun. She declined the Center’s offer to have the stories read to her as an accuracy check prior to publication.