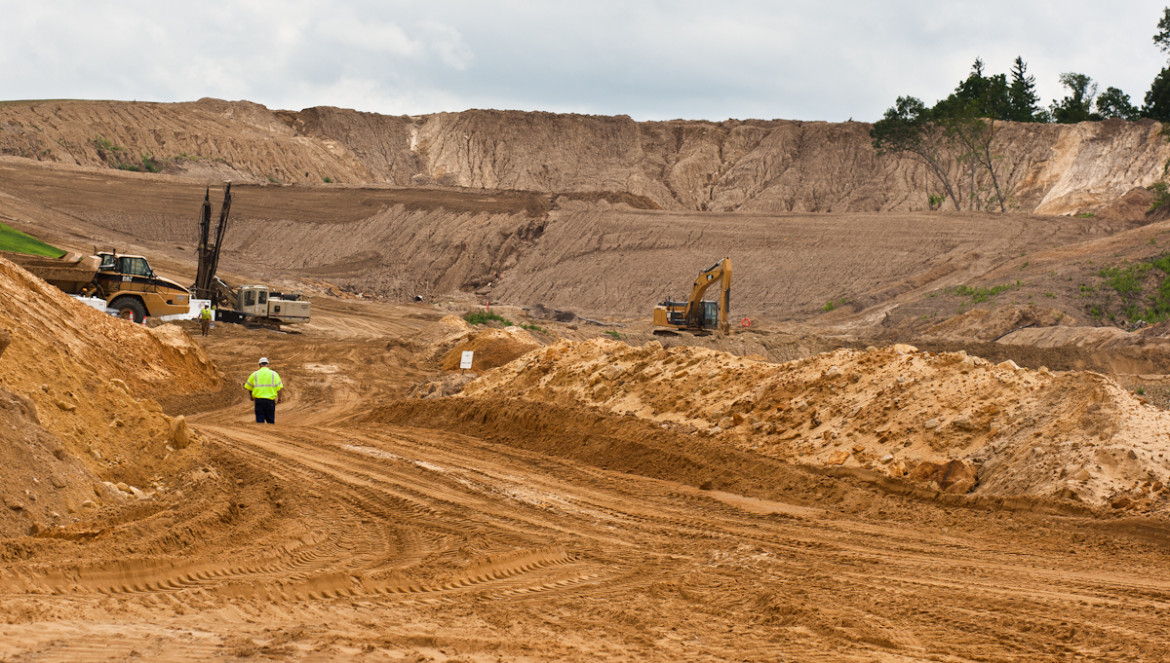 An overview of the 400-acre plot of Preferred Sands mine in Blair, Wis., in Trempealeau County on June 20, 2012. Lukas Keapproth/Wisconsin Center for Investigative Journalism

The Minnesota Court of Appeals agreed with a Winona County Board decision to allow a mine without an environmental review. MPR News June 16

A report by Nova Scotia’s chief medical officer found certain health risks to hydraulic fracturing, but acknowledges the need for even more research. “There’s another option, which is slow down,” the report says.  The Global Post June 17

A bill which will delay hydraulic fracturing for three years in New York passed the State Assembly and is now awaiting a Senate vote. The Legislative Gazette June 17

A new mining ordinance in Reedsburg based on Sauk County’s will include more reclamation standards and information requirements. Reedsburg Times-Press June 21

Winona, the first local government in the nation to monitor ambient air quality for silica dust, is still looking for answers in response to citizen concerns. Inside Climate News June 23

Plans to build the first frac sand mine in South Dakota are under way. The new mine will be located in the state’s largest forest, Black Hills, and is projected to produce 1 million tons of sand annually. Inside Climate News June 26

The Wisconsin Public Service Commission approved a $180 million We Energies natural gas pipeline to be built from Tomah to Eau Claire. The line is meant to serve current and future frac sand processing facilities; We Energies estimates up to five new frac sand facilities will be built along the line within the next six years. WTAQ June 26