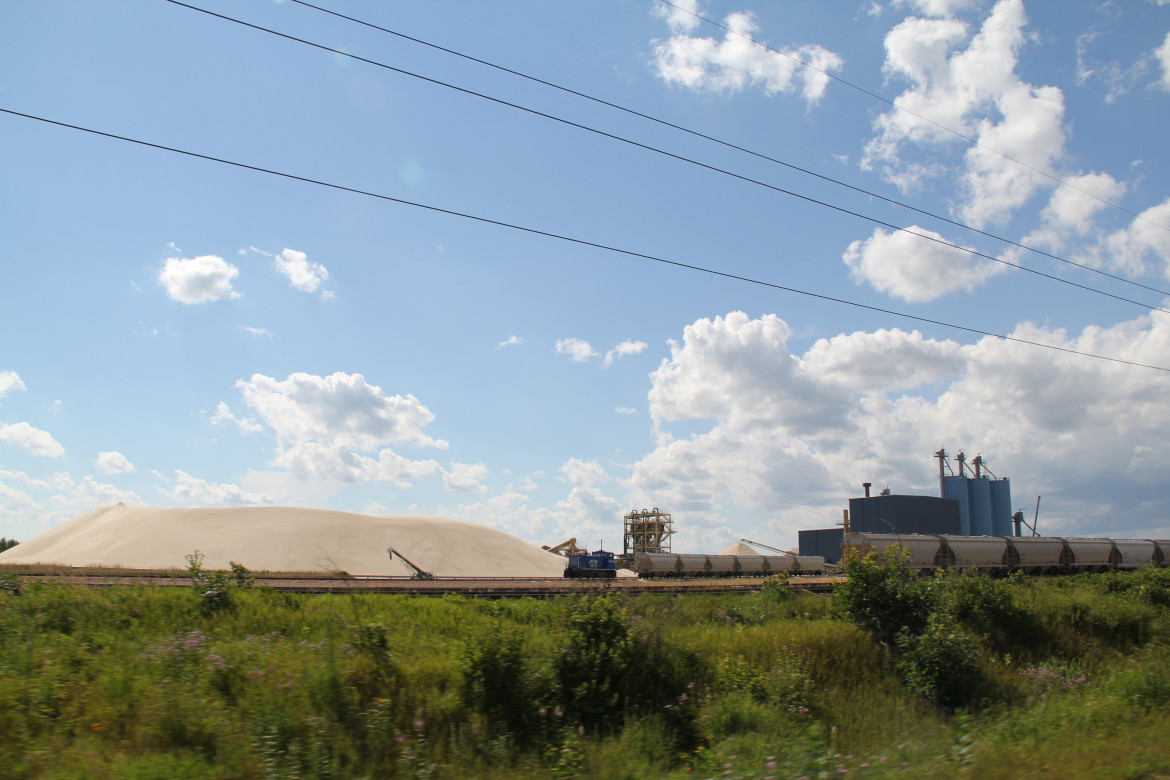 Most train cars can carry up to 100 tons of frac sand, such as these seen in New Auburn. It takes four trucks to haul the same amount of sand.

The hydraulic fracturing boom in Texas has produced “a startling and incongruous mix of cascading wealth and crushing hardship.” The New York Times June 29

Maryland-based U.S. Silica, which owns a sand mine in Sparta, has received approval for a second new frac sand mine and plant in Fairchild. The new facility will produce an estimated three million tons annually. Wall Street Journal June 30

Oklahomans are “rattled” by an increase in earthquakes that scientists at the United States Geological Survey said recently may be linked to the disposal of fracking wastewater by injecting it into the ground. Al Jazeera America July 2

The Center explored health risks from frac sand in 2013 after residents began expressing concern over the lack of research and regulation surrounding mines in Wisconsin. Preliminary results of a new ambient air monitor in Winona, Minn., are now in, and officials at the Minnesota Pollution Control Agency say initial findings give little reason to worry about frac sand in the air there.
La Crosse Tribune July 4

The European Commission formed a new committee to determine if fracking should be allowed in Europe. Houston Chronicle July 8

A fire at Pattison Sand Mine, an underground mine just over the Wisconsin border in Clayton County, Iowa, filled the surrounding area with heavy smoke after piping materials used in the slurry operation apparently ignited. KWWL July 10

Freight train movement in north and northwestern Wisconsin has increased to meet the rising demand for frac sand, but with this increase has come new concerns from residents and a response from the railroad commissioner: “they’re not going anywhere.”  Wisconsin Center for Investigative Journalism July 13