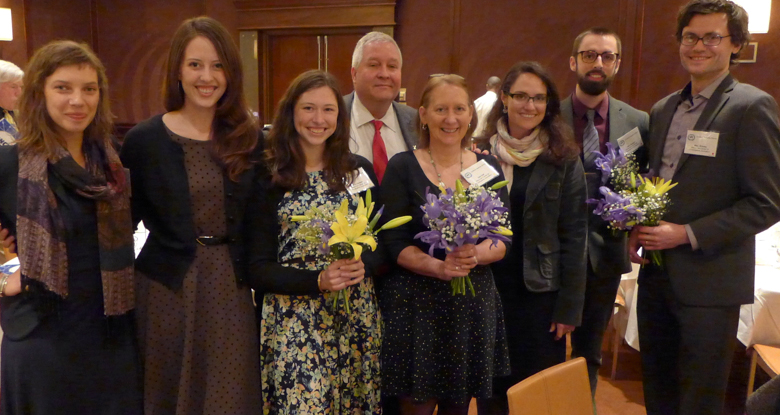 University of Wisconsin-Madison journalism students, working as paid Center interns, played critical roles in seven of the eight award-winning projects. The awards were earned in competition with professional news organizations across Wisconsin.

“Under the guidance of our stellar professional staff, UW-Madison students continue to produce some of Wisconsin’s most important journalism,” said Andy Hall, executive director of the nonprofit Center, which is housed in the UW-Madison School of Journalism and Mass Communication.

Center intern Tegan Wendland won two gold awards for her coverage of the decision by Gov. Scott Walker to reject millions of dollars in federal funding to help people with disabilities get jobs, forcing thousands of people to languish on waiting lists. Wendland’s coverage is credited with prompting Walker to reverse course and accept the funding.

The online version of the story won best public service story and Wendland’s audio report, produced in collaboration with Wisconsin Public Radio, a partner of the Center, won for best documentary, investigative or public affairs story or series.

Reporter and multimedia director Kate Golden, intern Kate Prengaman and freelancer Marion Ceraso won a first place award for best multi-story coverage of a single feature topic or event for “Water Watch Wisconsin,” an ongoing investigation into challenges to the quality and supply of water in Wisconsin. Golden and Prengaman also took top honors for best use of multimedia for the innovative interactive graphics and maps illustrating the problems facing Wisconsin’s ground and surface water.

Freelancer Jake Harper won top honors in best background, analytical or interpretive story for his statistical analysis showing Wisconsin Supreme Court justices tended to rule in favor of the clients of attorneys who had contributed to their campaigns.

Intern Rory Linnane took home second-place honors in that same category for her story exploring the lack of services for some children with disabilities enrolled in taxpayer-funded voucher schools.

“The wide range of award-winning stories dramatizes the Center’s service to the people of Wisconsin,” Hall said.

“This is a living example of the Wisconsin Idea, extending the benefits of the university to the borders of the state and beyond.”