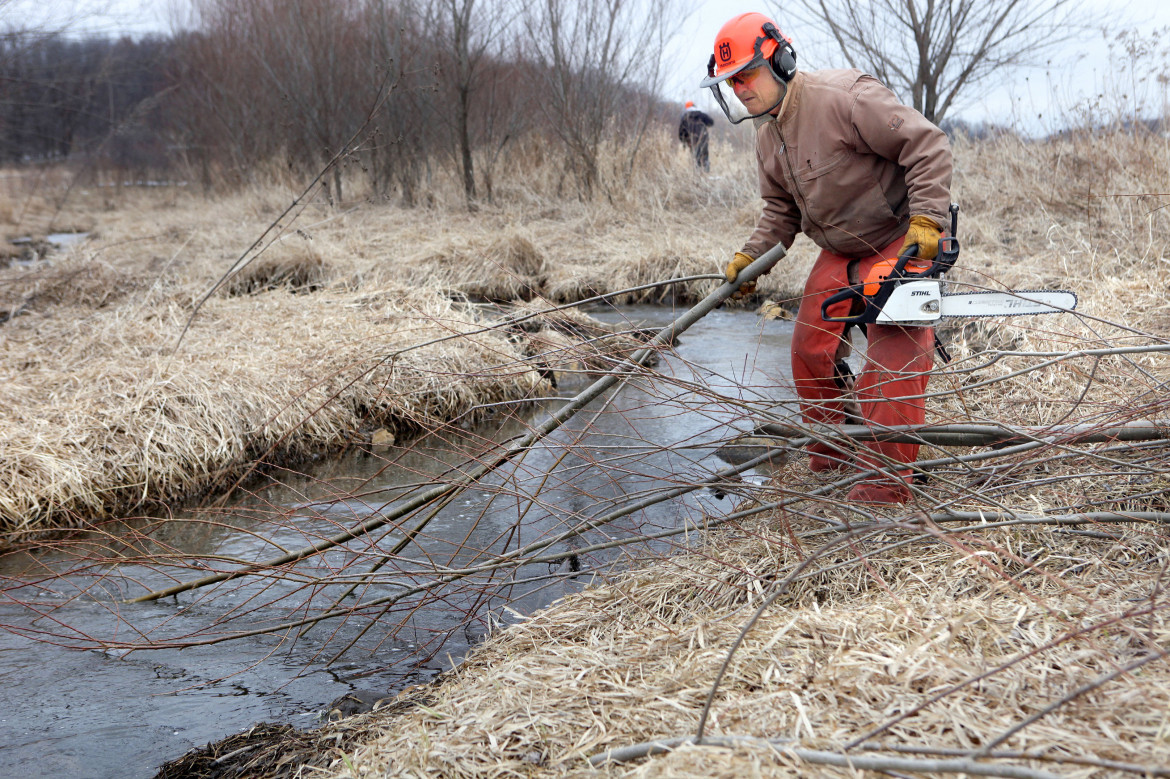 Box elders are removed from the banks of the Pleasant Valley Branch during a volunteer work day coordinated by Southern Wisconsin Trout Unlimited in March. The roots of the native tree are weak, allowing the stream bank to more easily fall into the water and disrupt fish habitat.

The Capital Times and Wisconsin Center for Investigative Journalism collaborated on this four-part series to examine threats to the quality of the Madison area’s spectacular lakes, and ambitious new efforts that seek to improve them. Researchers around the world are watching our lakes in hopes of adapting these lessons to troubled bodies of water in other areas.

On a brisk spring morning with snow lingering on the frozen ground, the whine of chainsaws signals water conservation efforts are under way at one of more than 60 impaired waterways in Dane County.

Along the banks of Pleasant Valley Branch, a six-mile-long trout stream near County Highway H in the town of Perry, some 50 volunteers ranging from 9- and 10-year-old Boy Scouts to men and women in their 60s and 70s are clearing bank-side debris and cutting down box elders.

The tree is not invasive but it is problematic. Its weak root system allows the bank to tumble into the stream. Wider streams run warmer and trout thrive in cooler water. Its canopy of leaves also prevents sunlight from reaching in-stream vegetation, which provide cover and habitat for the bugs trout like to eat.

Both scenarios prevent a thriving trout population, which is why South Central Trout Unlimited coordinates volunteer clean up conservation days on Pleasant Valley Branch and other impaired waters throughout the year.

Cleaning up narrow trout streams that are classified as polluted due to sediment deposits and degraded wildlife habitats and tackling the phosphorus pollution that plagues the 15 square miles of Lake Mendota may seem worlds apart.

Yet efforts to clean up lakes Mendota, Monona, Kegonsa and Waubesa, which were all added to the 2014 Environmental Protection Agency’s impaired waters list in December for high phosphorus levels that contribute to toxic algae blooms, are employing conservation practices that originated in Dane County back in the 1970s — just on steroids.

“What we’ve been doing for decades is a lot like what adaptive management is now,” said Kevin Connors, director of Dane County’s Land and Water Resources Department. “It is basic conservation using updated technologies, while working closely with landowners and producers. We just put an official name on it.”

The idea behind what is known as “adaptive management” is to tackle water pollution through community buy-in, much like the county handles efforts to clean up its smaller rivers and streams. 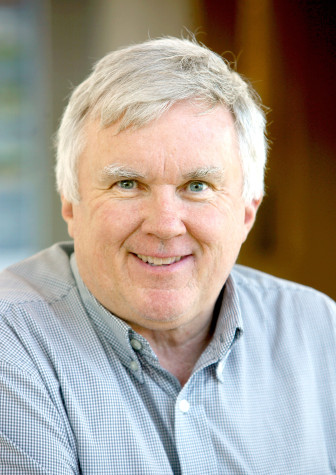 "It takes time, but it can be done," said Kevin Connors, director of Dane County's Land and Water Resources Department. "The community, county, farmers and conservation groups decided cleaning up the rivers was something they wanted to do. They just rolled up their sleeves and did it." Mike DeVries/The Capital Times

Dane County is one of more than 30 public, private and nonprofit entities to join in the watershed adaptive management effort overseen by the Madison Metropolitan Sewerage District to reduce phosphorus levels in the entire Yahara Watershed.

This community-driven approach, which included the voluntary relocation of some farms to reduce phosphorus levels in rivers and streams, cleaned up the western branch of the Sugar River.

In 2004, it became the first waterway in the state to be removed from the impaired waters list.

Connors said the previously impaired section of the Sugar River used to run very brown, a result of agricultural crop runoff, stream bank erosion and manure. As a result, in the summer there were little or no fish.

That began to change with a concentrated effort to clean it up in 1979.

“It takes time, but it can be done,” Connors said. “The community, county, farmers and conservation groups decided cleaning up the rivers was something they wanted to do. They just rolled up their sleeves and did it.”

From a scientific perspective, it makes sense for agriculture to be involved in phosphorus reduction efforts.

In watersheds across Wisconsin, 70 percent of the phosphorus pollution comes from agricultural runoff, with just 30 percent of farms in each watershed contributing to the pollution, according to Jim Baumann, a wastewater engineer for the state Department of Natural Resources.

Dane County created buffers between farmland and trout streams and rivers through the creation of its stream bank easement acquisition program in 2007.

To date, 29 stream bank easements totaling 18 miles have been purchased by the county from property owners.

Landowners Steve and Barb Parrell are among them. The couple sold a 66-foot strip of their family farmland along Vermont Creek near Black Earth to the county four years ago.

In all, about one mile of the stream runs through the property that has been in the Parrell family since 1942.

Parrell voluntarily fenced off Vermont Creek more than 20 years ago to prevent his dairy cows from going into the water. He sold the dairy cows three years ago and now just has a few steers.

Jean Unmuth, a water resource specialist with the state Department of Natural Resources, said she plans to work with more landowners along Vermont Creek this year, with a goal to assess the creek in 2015 to see if it can be removed from the EPA’s impaired waters list.

Parrell was not aware Vermont Creek was on the list. A roughly 3.5-mile stretch of the creek starting at its intersection with Black Earth Creek was listed in 2004 because of elevated water temperature and degraded habitat caused by excessive suspended solids and sediment.

Unmuth said property owners typically are not recruited for water quality improvement efforts by emphasizing that the river or creek is an impaired waterway.

Instead, DNR and county officials take about best management practices, with the desired outcome being better fishing habitat or improved water quality.

She said it takes years for conservation practices to have an impact on a waterway’s habitat. South Central Trout Unlimited and other groups have been working with the county for years to restore the water quality and trout habitat of Pheasant Valley Branch. 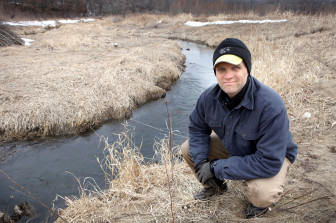 "There are farms all around here but there is a buffer. These things, clean water and farms, can coexist," said Dan Jansen, secretary and conservation committee chair for Southern Wisconsin Trout Unlimited. Mike DeVries/The Capital Times

It is still on the impaired waters list but progress is evident to those who fish its waters.

“There are farms all around here but there is a buffer. These things, clean water and farms, can coexist,” said Dan Jansen, secretary and conservation committee chair for Southern Wisconsin Trout Unlimited. “I fish this stream now. You can catch 14-to 15-inch trout in this creek that is so narrow you can almost jump across it.”

Historically, only point source polluters – wastewater treatment plants, municipal storm water facilities – were on the hook to meet phosphorus-reducing standards. But due to new regulations and a first-of-its kind approach Wisconsin is taking to address them, area farmers are being asked, more than ever, to contribute to reduction efforts.

“The point-source community has been doing a lot of great stuff,” Connors said. “But at a certain point, for the dollars invested, you won’t get the same return. In the nonpoint world, which is where I work, this is what we’ve always been dealing with. Adaptive management is conservation like it ought to be.”