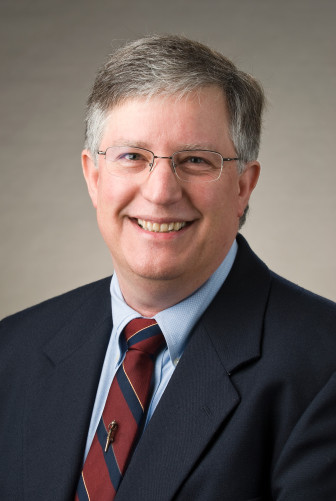 Note: This post was updated on April 9 to include additional sponsors.

The event, a celebration of open government and investigative journalism, begins with a 5 p.m. reception April 23 at The Madison Club, 5 E. Wilson St., followed by dinner and awards.

Franklin plans to focus on the use and abuse of data in reporting.

He is the director of the Marquette Law School Poll and a professor of law and public policy at Marquette University Law School. In 2012, the poll correctly predicted the outcomes of six out of six elections, including the gubernatorial recall, GOP presidential primary and the November presidential and Senate elections.

Prior to moving to Marquette, Franklin taught for 22 years at the University of Wisconsin-Madison.

The WisconsinWatch.orgdog Awards reception and dinner is open to the public, with proceeds supporting the nonprofit and nonpartisan Wisconsin Center for Investigative Journalism.

The event is presented jointly by the Wisconsin Center for Investigative Journalism, Wisconsin Freedom of Information Council and the Madison Pro Chapter of the Society of Professional Journalists.

“We’re thrilled to hear professor Franklin’s perspectives on the use of data in modern politics, journalism and public policy.”

Additional sponsors are being sought. Sponsorship information is available at: https://partners.wisconsinwatch.org/about/donations/watchdog-sponsorship/

Attendance is limited to 120 people. The signup deadline is April 16.

Also at the event, Milwaukee Journal Sentinel investigative reporter Dave Umhoefer, winner of a Pulitzer Prize for his 2008 investigation into pension padding in Milwaukee County, will receive the 2014 Distinguished WisconsinWatch.orgdog Award, presented annually to recognize an individual’s extraordinary contributions to open government or investigative journalism in Wisconsin.

Winners of the Wisconsin Freedom of Information Council’s annual Opee Awards will be recognized for their work promoting open government, and the Madison SPJ chapter will review the year in journalism.

In 2005, Franklin co-founded Pollster.com, an award-winning website for the analysis of polling data. The site received the “Innovators Award” in 2006 from the American Association for Public Opinion Research, was featured in the New York Times Magazine’s “Year in Ideas” of 2007, and was cited by Time magazine as one of the 50 Best Websites in 2008. In 2010, the Huffington Post acquired Pollster.

Franklin is an election night consultant for ABC News’s Election Night Decision Desk and has been a member of the executive committees of a number of scientific and professional organizations. He is also a recipient, with his wife and academic article co-author Liane Kosaki, of the “Lasting Contribution Award” of the American Political Science Association. He served for eight years as a member of the Board of Overseers of the National Election Study and is past president and an elected fellow of the Society for Political Methodology.

One thought on “Polling expert Charles Franklin to deliver keynote at WisconsinWatch.orgdog Awards”