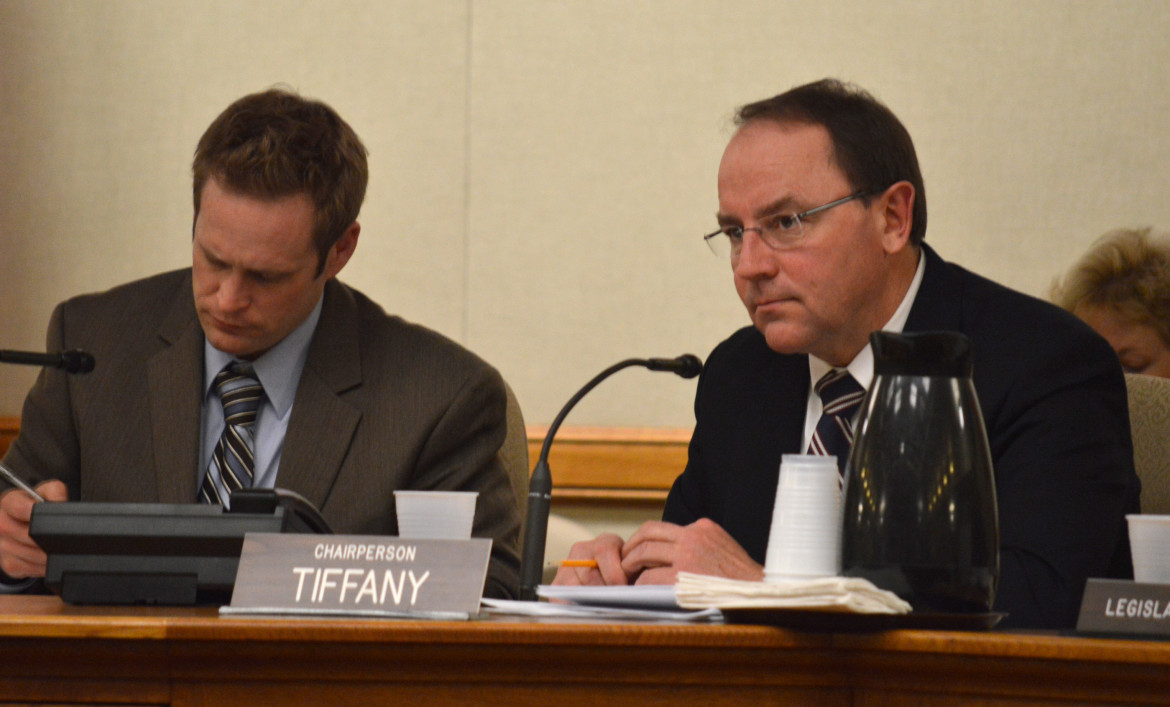 This report is part of the Wisconsin Center for Investigative Journalism’s continuing coverage of the expansion of frac sand mining in Wisconsin.

About 50 people, including residents affected by frac sand mines, attended the hearing, which stretched for seven hours and reflected tensions over the expansion of frac sand mining in Wisconsin communities.

“We are not opposed to regulation,” said Brian Nodolf, an Eau Claire-based attorney who has represented industrial sand mines, at the hearing before state Senate and Assembly committees charged with overseeing mining. “We are opposed to not knowing what those regulations are going to be.”

Others, including the Wisconsin Towns Association, opposed the measure — a reversal of its position last week, when it expressed neutrality.

The new legislation, SB 632 and companion AB 816, is a narrower version of legislation introduced last year. That earlier bill, SB 349, would have barred local governments from regulating some aspects of nonmetallic mining, including its impacts on air quality, water, road use and reclamation.

“The concern is there may be new issues that could come up in the future” that local governments would no longer be able to address, said Rick Stadelman, executive director of the Wisconsin Towns Association.

The leading proponent of the legislation, state Sen. Tom Tiffany, R-Hazelhurst, said his goal is to prevent local governments from changing regulations in ways that hurt existing and permitted nonmetallic mines.

“This is a significant paring down of SB 349,” Tiffany, the sponsor of both Senate bills, said at the hearing. It would exempt existing nonmetallic mines from new local regulations but not prevent local governments from passing new regulations for future mines.

A 2012 Wisconsin Supreme Court case, Zwiefelhofer v. Town of Cooks Valley, was the catalyst for the legislation. The court found that local governments could use police powers, which protect the health, safety and welfare of residents, instead of zoning to regulate nonmetallic mining.

“The court’s ruling opened the door for some municipalities to change the rules of the game on legally operating businesses and in some instances threatening basic property rights and putting jobs at risk,” Tiffany said in a statement issued Feb. 26.

The original bill was criticized by local governments and environmental groups, including the Wisconsin League of Conservation Voters and Clean Wisconsin. Opponents rallied outside the Capitol during an October hearing.

The new legislation has attracted support from nine groups, including mining companies and railroads, and opposition from four groups, including environmental and local government organizations. The Wisconsin Counties Association remained neutral.

At Monday’s hearing, the legislation was praised by representatives of the state’s burgeoning frac sand industry.

“In a proper way, this bill prevents municipalities from changing the rules of the game for lawfully permitted and operating businesses,” said Rich Budinger, president of the Wisconsin Industrial Sand Association, a group of four industrial sand mining companies.

Budinger, in an interview, denied the bill will have a negative impact on local governments. “It doesn’t take any of their power away,” he said.

But Glenn Stoddard, an Eau Claire-based attorney who drafted a Cooks Valley town ordinance that regulates mines through police powers, said in his written testimony to the committee that the new bill should still be rejected.

“These bills would place significant new limitations on counties and towns that would greatly reduce their ability to regulate existing and future nonmetallic mining and processing operations in order to reasonably protect public health and safety,” Stoddard wrote, calling the new legislation “SB 349 in a new dress.”

State Sen. Kathleen Vinehout, D-Alma, who has pushed for stronger regulation of frac sand mines, warned in her testimony that the new bill would create “legal chaos” for sand mine regulation.

“The bill creates a huge legal gray area on exactly which ordinance sand mines would have to follow,” she said.

Vinehout, in an interview, added that there is “a great deal of confusion about what the bill actually does.” She does not think the bill is ready to move forward but noted that it appears to be on the fast track.