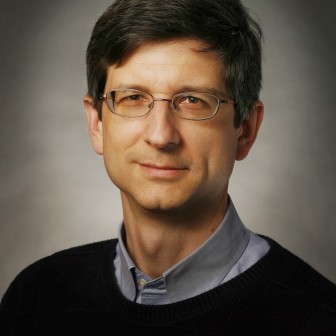 Note: This post was updated on April 9 to include additional sponsors.

Milwaukee Journal Sentinel investigative reporter Dave Umhoefer, winner of a Pulitzer Prize for his 2008 investigation into pension padding in Milwaukee County, has been named the 2014 recipient of the Distinguished WisconsinWatch.orgdog Award.

The award is a highlight of the fourth annual WisconsinWatch.orgdog Awards reception and dinner, presented jointly by the Wisconsin Center for Investigative Journalism, the Wisconsin Freedom of Information Council and the Madison Pro Chapter of the Society of Professional Journalists.

The April 23 event, a celebration of open government and investigative journalism, is open to the public, with proceeds supporting the nonprofit and nonpartisan Wisconsin Center for Investigative Journalism.

“For more than 25 years, Dave Umhoefer has held the powerful accountable for their actions and provided insights into key issues facing Wisconsin communities,” said Andy Hall, executive director of the investigative center.

“When we created this award four years ago to recognize an individual’s contributions to open government or investigative journalism, all of us knew that Dave someday would receive it.”

Past winners of the award are Dave Zweifel, editor emeritus of The Capital Times and a founder of the Wisconsin Freedom of Information Council; the late Dick Wheeler, founder of the Wheeler Report newsletter; and U.S. District Court Judge Lynn Adelman, chief author of the state’s open records law.

Umhoefer, a La Crosse native and University of Wisconsin-Madison graduate, received the School of Journalism and Mass Communication’s Distinguished Service Award in 2009.

Umhoefer is a member of the Journal Sentinel’s Watchdog Team, where his work includes PolitiFact Wisconsin. He also is an instructor at Marquette University, where he teaches an investigative reporting class.

“His investigation into pension padding by Milwaukee County officials was so thorough and meticulous that county officials reported themselves to the IRS before the story even ran,” Greg Borowski, the Journal Sentinel’s assistant managing editor for projects and investigations, noted in nominating Umhoefer for the Distinguished WisconsinWatch.orgdog Award.

“That is emblematic of the work Dave has done. It often tackles complex and arcane subjects or involves reams of paper documents or millions of electronic ones. He is able to get past the spin, sort out the truth and then write with unquestioned authority.”

The WisconsinWatch.orgdog Awards event also will honor winners of the Freedom of Information Council’s annual Opee Awards for their work promoting open government. The Madison SPJ chapter will review the year in journalism.

The event at The Madison Club, 5 E. Wilson St., begins with a reception at 5 p.m., followed by dinner at 6.

Additional sponsors are being sought. Sponsorship information is available at: https://partners.wisconsinwatch.org/about/donations/watchdog-sponsorship/

Attendance is limited to 120 people.