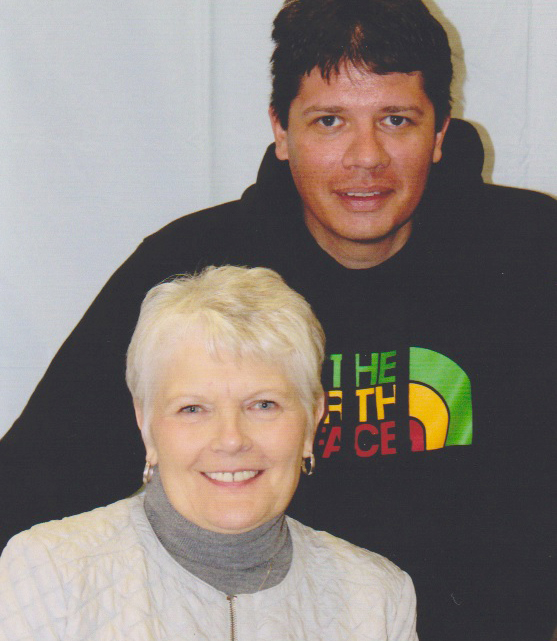 Dianne Hendrickson and her son Eric, a sex offender confined to Sand Ridge Secure Treatment Center, inside the visiting area. The state committed Eric as a sexually violent person in 2002. The Hendricksons believe he has been denied discharge from the facility for rule infractions unrelated to the risk he poses to the community as a sex offender. Dianne Hendrickson is eager to see her son come home: “I have never prayed or wished for anything more than that.”

Dianne Hendrickson misses her son, Eric, who at age 39 has been locked up for more than half his life. He finished his criminal sentence and was committed to the state as a sexually violent person in 2002.

Eric Hendrickson has been confined more than twice as long as his original sentence and is now held for the future risk he poses, not for past crimes.

“I think it’s wrong to take away someone’s freedom for something someone has not done,” said Dianne Hendrickson, who adopted Eric, her only child, at birth.

Eric is locked up at the Sand Ridge Secure Treatment Center in Mauston, which holds the state’s committed sexually violent persons, under Chapter 980. The 1994 state law allows sex offenders with mental disorders to be held in a treatment institution indefinitely after serving time in prison.

During the past two decades, the law has been used to confine about 500 individuals, most at Sand Ridge. About a third have been released, although the number of former patients on intensive supervision has been rising steadily in recent years. Individuals on supervised release receive ongoing treatment and monitoring.

Neither Eric nor his mother wants to challenge the commitment law. But both believe his crime did not warrant such a punishment, and that he has been held over time for his use of marijuana and contraband in the institution, rather than his risk as a sex offender.

“I have never been given the opportunity to regain my place in society,” Eric wrote last summer in a letter to the Wisconsin Center for Investigative Journalism.

Deborah McCulloch, director of Sand Ridge, said many patients feel they do not belong there. Many, she added, could have been released “had they gotten down to business” — that is, successfully progressed in treatment. But she recognizes that treatment is difficult for patients at Sand Ridge.

Staff members expressed confidence that their assessment models work well and are based on the most current scientific research. A recent update to the state’s recidivism assessment model is allowing and will continue to allow more Sand Ridge patients to be released.

Eric Hendrickson was convicted in 1994, at age 19, of second-degree sexual assault and other charges. The victim of his primary charge was a woman, a stranger, whom Hendrickson attacked in the summer of 1993.

Eric was sentenced to 10 years in prison, followed by three years on probation. In 2001, he was about to be released under the sentencing laws at the time. As his mandatory sentence came to an end, the state petitioned to have Eric indefinitely committed under the state’s sexually violent persons law. He was moved to Sand Ridge in 2002.

“I committed a crime true enough but I am now being held for something I might do in the future,” Eric wrote in his letter. 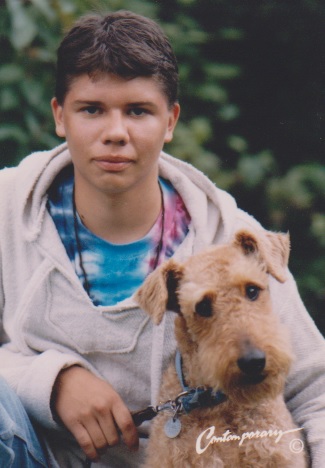 Eric Hendrickson in his late teens. He committed a sexual assault at age 19 and served about 7 years in prison for the crime. He has been confined a total of 20 years, most of them at Sand Ridge Secure Treatment Center. Courtesy of Dianne Hendrickson

Eric has petitioned for discharge three times and brought other legal challenges. He thinks he might have been released by now, were it not for breaking rules at Sand Ridge, including use of marijuana and tobacco.

“I seen guys with worse records than me go home,” said Eric, pointing out that he has a single violent crime on his record.

He thinks his recidivism risk was overestimated because he was young and inexperienced when he committed the crime.

Factors considered in the evaluation, Sand Ridge officials said, include age and life experience. Long-term employment and intimate relationships improve an offender’s rating, but Eric did not have much of a job or relationship history when he was first imprisoned.

The state’s applications of assessment measures “don’t always apply equally to individuals,” said Robert Peterson, a Racine attorney who has successfully represented Sand Ridge patients in their petitions for release, including four current clients on supervised release in Milwaukee. Hendrickson is not one of his clients.

Some individuals, Peterson said, “can be caught up in situations that aren’t truly indicative of their risk.”

Dianne Hendrickson can sympathize with the judges and juries who agree to commit offenders like her son past the end of their prison terms.

“Everybody rules on the side of caution, and if I didn’t know better, I probably would too,” she said.

But Eric and another Sand Ridge patient interviewed for this article allege that their mental disorder diagnoses, a condition for commitment, only arose when they were preparing to finish their criminal sentences.

When asked about Eric’s mental health history, Dianne replied, “he doesn’t have one.” They both refer to Eric’s diagnosis of antisocial personality disorder as contrived.

“I never heard that once in prison,” Eric said about his diagnosis.

Medical records were not available to independently verify these patients’ mental health histories.

Attorney Peterson said patients who are committed after being sentenced face a double whammy. At first they are deemed to be fully responsible for their crimes, and sentenced accordingly. But when that sentence comes to an end, they are deemed to have a mental disorder, unable to control their behavior.

“That is a tough pill for a lot of people to swallow,” he said.

Each state can define mental illness for its own statutes. The majority of Sand Ridge patients have personality disorders and paraphilias, atypical sexual desires, including exhibitionism, sadomasochism and pedophilia. About 10 percent have serious mental illnesses, such as bipolar disorder.

“A reasonable estimate is more than 80 percent of patients came here with a diagnosis of a serious substance abuse or dependence,” said R. Keith Ramsey, Sand Ridge treatment supervisor.

Sand Ridge director McCulloch cautioned that “no one patient can represent our patient population,” which is “really quite diverse.”

McCulloch said that Sand Ridge has never offered alcohol and drug abuse treatment for patients, only assessment and support groups such as Alcoholics Anonymous. Officials say they are working on starting a treatment program.

“That is a real big issue for me,” Dianne Hendrickson said. “That is something that could have helped Eric and a lot of other guys there.”

“They’ve been talking about adding an AODA (Alcohol and Other Drug Abuse) treatment program there for years,” she added.

Eric is now in phase two of his treatment, out of three offered in the facility. He has taken some correspondence courses and hopes to pursue horticulture when he is released. His mother and friends vouch for him and say he will not reoffend.

Of the first 67 offenders released after being committed, through March 2010, more than 70 percent did not commit additional crimes within three years. Five of these, less than 10 percent, were convicted of sex crimes.

Sinclair said there is no doubt that the commitment program has made the state safer.

“Chapter 980 identifies the most likely individuals to reoffend sexually over the course of their lifetimes,” Sinclair said. “And if you incapacitate that number of people, you are taking the highest risk individuals off the streets. Ideally, you’re doing a lot more than incapacitating them. You’re rehabilitating them, you’re treating them.”

Eric Hendrickson believes he has grown as a person at Sand Ridge and looks forward to being released. “I’m doing what’s expected of me and following the rules,” he said.

Dianne Hendrickson is also eager to see her son come home. “I have never prayed or wished for anything more than that.”