In the Legislature, as in life, sometimes the greatest power lies with whoever is in a position to say no. For a bill to expand treatment and diversion programs to criminal defendants with mental illness, that whoever may be Glenn Grothman.

The Republican state senator from West Bend wants to bottle up the bill, now before the Senate Judiciary and Labor Committee, which he chairs. Many bills do die this way, stalled in committee, although it’s possible this one will pass over Grothman’s objections.

That’s because, aside from Grothman, the bill has overwhelming support. SB 374 and its companion, AB 457, have 27 Republican and 23 Democratic cosponsors. The Assembly version passed in November on a 94-0 vote. The Joint Finance Committee voted 15-0 to recommend passage.

Ten state lobby groups, including Disability Rights Wisconsin and the Wisconsin Counties Association, have registered in favor; none is against. No one testified against the bill at either of two hearings.

The state is currently funding treatment alternatives and diversion (TAD) programs in 21 counties. These offer treatment courts or deferred prosecution for non-violent offenders, giving them a chance to avoid criminal convictions if they meet certain conditions.

Currently, these programs are oriented to substance abuse problems; those with only mental health treatment needs are ineligible. SB 374 would let counties create TAD programs specifically for people with mental illness, and allocate $375,000 for this purpose in each of the next two years.

This is a good bill,” says David Callender, government affairs associate for the Wisconsin Counties Association. “Jails have become the last-resort mental health providers for people in crisis. This would help us keep those populations out of jail and get them the treatment they need.”

A 2011 study by the University of Wisconsin Population Health Institute found that TAD programs have high graduation rates, reduce recidivism and save the justice system $1.93 for every dollar spent. 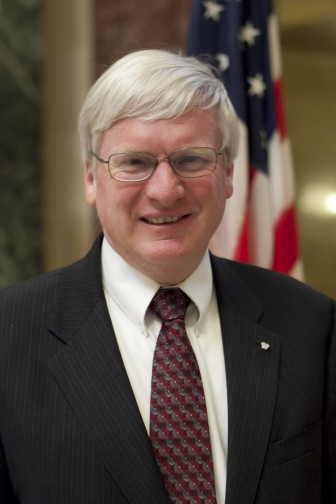 Sen. Glenn Grothman thinks some people will try to game the system, and others be victimized by it.

But Grothman, whose committee held a hearing on the bill in January, calls expanding TAD programs to people with mental illness “obviously problematic.”

He says mental health treatment normally involves some sort of medication. For him, the program amounts to the government saying, “You don’t have to go to jail if you take strong drugs.” He deems this unethical.

Grothman also thinks some defendants will game the system by falsely claiming to be mentally ill, abetted by professionals “who have a reputation for overdiagnosing.”

Joann Stephens, who chairs the Wisconsin Council on Mental Health’s criminal justice committee, agrees that treatment often involves medication. But, she adds, “If they go to prisons and jails, they’re going to be put on those drugs anyway.” They just won’t get an array of other services to help them get better.

And while some defendants may attempt to feign disorders, Stephens has faith in the assessment tools used by psychologists and other providers.

Stephens says groups including hers have worked for years to expand TAD programs to people with mental illness. And now, all the stars are aligned, except for the one cast into the firmament by Grothman.

It’s just upsetting,” she says, “to have all that work be stopped by one person.”

Dan Romportl, chief of staff to Senate Majority Leader Scott Fitzgerald, notes that while Grothman’s opposition can keep the Senate version of the bill on ice, the Senate could still take up and pass the Assembly version.

Fitzgerald, he notes, is a big backer of TAD programs. These were expanded in the 2013-15 state budget; on Feb. 20, the Joint Finance Committee approved adding another $3 million to the cause.

Romportl says this latest expansion may be higher on the Legislature’s to-do list than the mental health piece, but both could be taken up in March or early April.

If so, having overwhelming support might be enough to override one lawmaker’s objections. What a concept.

Bill Lueders is the Money and Politics Project director at the Wisconsin Center for Investigative Journalism (www.WisconsinWatch.org). The Center produces the project in partnership with MapLight. The Center collaborates with Wisconsin Public Radio, Wisconsin Public Television, other news media and the UW-Madison School of Journalism and Mass Communication. All works created, published, posted or disseminated by the Center do not necessarily reflect the views or opinions of UW-Madison or any of its affiliates.