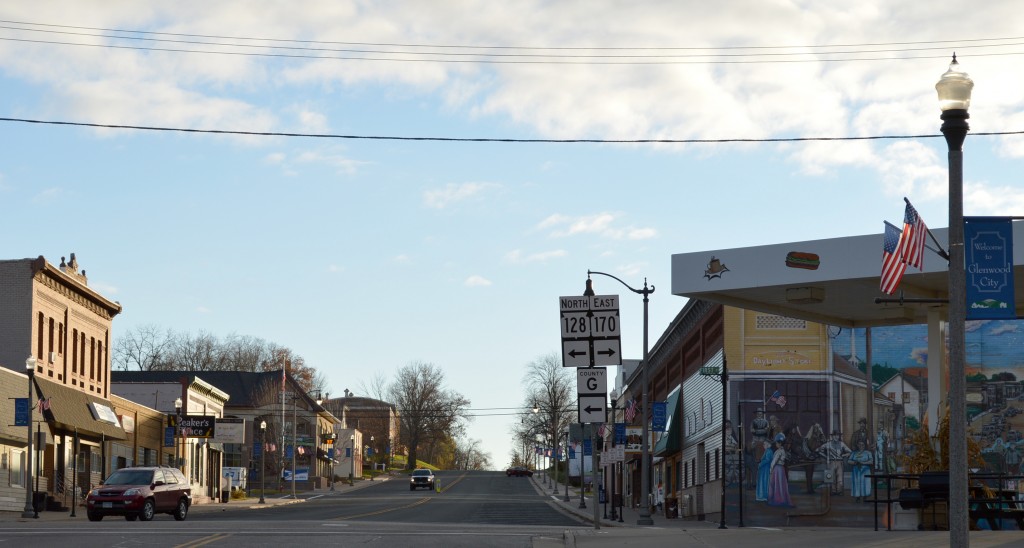 Glenwood City, a 1,200-person community in northwest Wisconsin, has become the site of a controversy over a proposed frac sand mine.

GLENWOOD CITY, Wis. — In this small city in northwestern Wisconsin, the mayor and two council members are facing recall elections over their handling of a proposed frac sand mine that would be built a half-mile south of a school.

It is shaping up to be a fight for the community’s future.

“The town is trying to figure out what it is going to be,” said mine opponent Jim Laskin, owner of The Cafe. He worries about the possible impact on public health, safety and quality of life.

On the other side is the promise of jobs and a better economic outlook.

“We have a beautiful little town, great schools,” Glenwood City Mayor John Larson said. “But we educate our kids, then watch them move away because there are no jobs.”

Larson said he hoped the mine would be annexed into the city, which could benefit from extra tax revenue and exert more control. 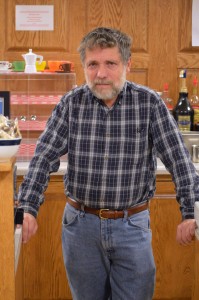 Like many other communities in sand-rich western Wisconsin, this city of 1,200 in St. Croix County is torn over the prospect of a large-scale mine. But here the issue has taken on more gravity as the city prepares for recall elections against Larson and city council members Nancy Hover and Dave Graese.

On Nov. 7, the city council approved the recall elections. Recall organizers obtained more than 100 valid signatures for each of three petitions, exceeding the standards set in Wisconsin law — at least a quarter of those who voted in that jurisdiction in the most recent gubernatorial election.

A citizens group, Glenwood City Citizens for Legal and Ethical Representation, is leading the recall effort.

The recalls have been slated for Dec. 17. If more than one challenger emerges for a seat, then that December election will become a primary, and the general will be held Jan. 14. Nomination papers are due Nov. 19.

Three sources — Curt Witynski, assistant director of the League of Wisconsin Municipalities, Daniel Bahr, legislative associate with the Wisconsin Counties Association, and Deb Dix, environmental enforcement officer at the Wisconsin Department of Natural Resources — said they were not aware of any other recall efforts in Wisconsin over frac sand mining.

State Sen. Tom Tiffany, R-Hazelhurst, has introduced legislation that would limit the ability of local governments to regulate some aspects of frac sand mining. The bill received strong opposition and it is expected to be reworked, for consideration in early 2014. 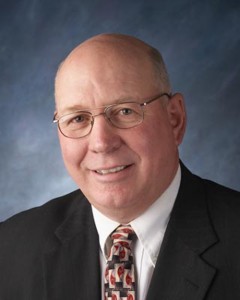 In the Glenwood City area, Texas-based Vista Sand hopes to mine 384 acres, about 35 to 40 at a time, said its attorney, Anders Helquist. It would extract as much as one million tons of sand per year for about 30 years.

If the mine moves in, Laskin warned, parents worried about health effects from silica dust — a known carcinogen in workplace settings — might pull their children from the schools. Families looking to move into the community, he said, might keep looking for an area without a mine so close to the school building, which educates students from preschool through 12th grade.

There are also concerns about truck traffic, noise and water usage.

“I’m not against mining,” said gas station owner Deanna Schone, whose children attend the schools and who was involved in both the recall and referendum petitions. “But the location of this mine is ridiculous. It goes against common sense.”

For Mayor Larson, however, jobs and the city’s finances are critical. Costs have continued to rise as revenue has stagnated, and city officials have had to make difficult cuts in the past few years. For the next budget year, more cuts to the library are on the table. But with a sand mine, he said, things could get better.

“We could go from talking about how little can the library survive on to talking about a new library,” Larson said. He added that the mine’s high-wage jobs might give young people an incentive to stay.

Attorney Helquist, based in Eau Claire, said the Glenwood City mine would employ about 40 people, many of them residents, and could spur other job creation. He offered assurances that the company would pay for and install two air monitors between the mine and the school building and follow a strict fugitive dust control plan. One of the monitors would specifically evaluate levels of crystalline silica, the substance known to cause health problems in workers. 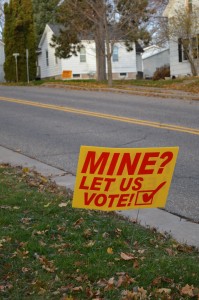 Many Glenwood City residents have posted signs in their front yards asking for a referendum on annexing a proposed mine into the city. Alison Dirr/Wisconsin Center for Investigative Journalism

Some residents criticized what they characterized as a lack of transparency, saying city officials negotiated privately with Vista Sand. They have demanded a referendum on whether land needed for the mine should be annexed into Glenwood City.

The issue has become “very divisive” for the community, Laskin said, adding that his cafe has lost some customers over his stance. Many residents have staked out positions on the referendum, some posting “Mine? Let us vote!” signs in their front yards.

But Larson said voting on annexation would be “premature,” because no application has yet been filed and the city does not know how much revenue could come from the facility.

Hover, one of the two city council members up for recall, said she supports a proposed constitutional amendment under consideration in the state Legislature that would limit the reasons for recalls to cases of ethical or criminal wrongdoing.

“Having a difference of opinion should not merit a recall,” she said.

Laskin, the cafe owner, said the recall elections might actually benefit the community.

“The good news probably is that when the election takes place, there will be finality,” he said. “If Glenwood City votes to have a mine next to the school, that is how democracy works.”