Frac sand coverage from the Center

When I started reporting on the frac sand beat for my Center internship, I had no inkling that silica sand mining could have much of anything to do with my hometown of Minneapolis. I’d always thought of mining as something happening in the rural areas of Minnesota and Wisconsin, far from the urban area where I grew up.

Then I found myself on a field trip with some mining industry people one cool September afternoon that changed my perspective.

A cordial group of 60 or so gathered at 7:30 a.m. on a humid, foggy day in Brooklyn Center, Minn., for this expedition following a daylong Twin Cities conference organized by the Society of Mining, Metallurgy & Exploration in the Twin Cities.

The first day had been mostly about frac sand mining, which is why I was there. As a reporter for the Center, I’ve spent the past four months covering frac sand mining — my first big story, about residents’ health concerns, is coming out Sunday.

This trip was more general, taking us from a very technical explanation of the geology near Stillwater, Minn., to a barge trip down the Mississippi, starting at a gravel distribution yard and ending at a limestone quarry.

Most striking for me was a lunchtime presentation about the old Ford assembly plant in St. Paul’s Highland Park. The now-shuttered plant is on the banks of the St. Paul side of the Mississippi River, near a cozy area of restaurants, boutiques and shops. 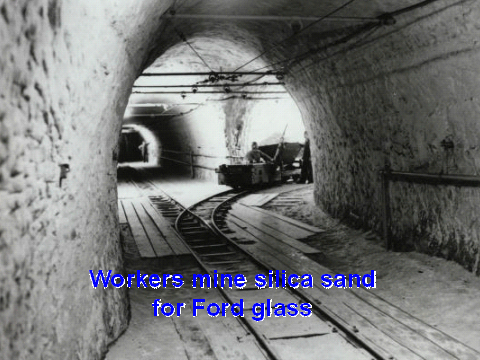 I was completely unaware that there was a sand mine underneath it. (Later, I asked my parents, who have lived in the Cities for decades — they had no idea either.)

I spent a lot of time in that area as a teenager. If you’re coming down the main drag from Minneapolis, you pass the Ford plant in getting there. I’d never really thought about it.

Michael Hogan, site manager for Ford’s Twin Cities Assembly Plant, took us through the history of the plant in photos, highlighting the series of tunnels underneath. Ford mined the silica sand to make glass for the cars in the 1930s.

The mining industry attendees were not nearly as surprised as I was. And urban explorers discovered the tunnel system years ago.

A sand mine, right there underneath my hometown. It was a good reminder that even things that seem to be at arm’s length can in fact be much closer to home. 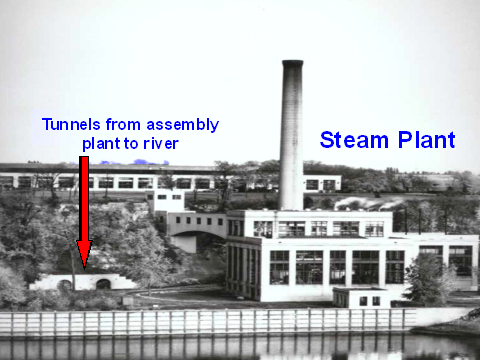 The now-shuttered Ford Twin Cities Assembly Plant on the banks of the Mississippi River in St. Paul, Minn. 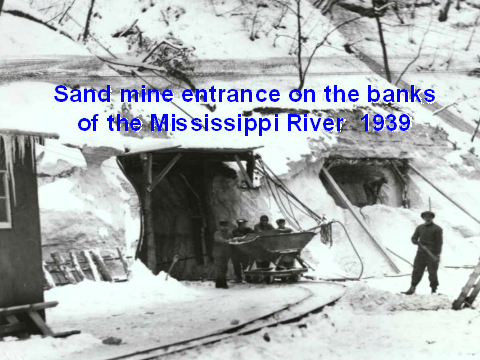 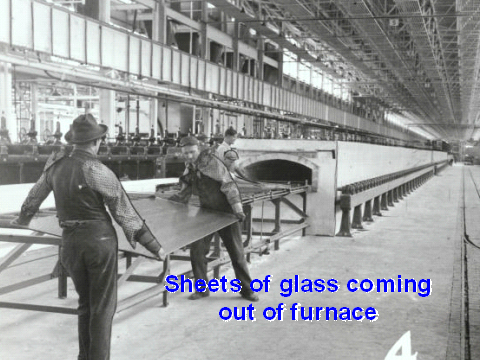