Millions upon millions of dollars poured into political campaigns. Candidate appearances and yard signs and the blitzkrieg of political ads. None of these would mean a thing if it weren’t for the actual casting of votes, and the systems in place to make this happen.

In Wisconsin, this crucial part of the process is overseen by the state Government Accountability Board. There are also thousands of local elections officials and what Barry Burden, a political science professor at the University of Wisconsin-Madison, has called “an army of temporary poll workers.”

Burden is an expert on this army, with its regiments and battalions scattered throughout the land. When the newly formed Presidential Commission on Election Administration met recently in Cincinnati to gather information on poll workers, it invited him to testify.

Also appearing at this Sept. 20 gathering, on a panel discussing best practices for states, was Kevin Kennedy, the GAB’s director and general counsel. Kennedy touted the state’s best-in-the-nation ranking in the nonprofit Pew Charitable Trust’s Election Performance Index, based on the 2008 elections. 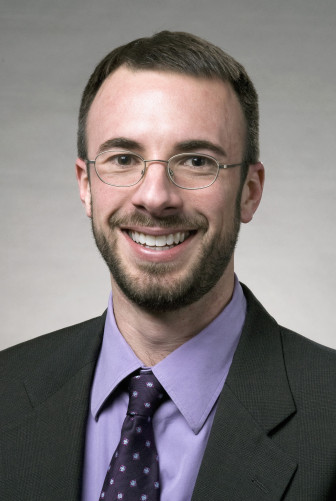 Barry Burden of the UW-Madison says officials should focus on “the quality as well as quantity of poll workers.”

Burden’s testimony focused on research he’s done with Jeffrey Milyo, an economics professor at the University of Missouri. He highlighted the vital role poll workers play in facilitating voter participation and confidence, and urged the commission to focus on “the quality as well as quantity of poll workers.”

Meanwhile, around 70 percent of the state’s voters rated the performance of their poll workers as excellent, consistent with the national average.

In the fall 2012 election, a GAB tally shows, Wisconsin had 34,925 poll workers for about 3.1 million voters, or one for every 89 voters. Two-thirds of these workers were age 61 or older. Burden’s paper cites research showing that voters are less likely to rate older poll workers as “excellent.”

Bills now before the state Legislature would let municipalities use poll workers from anywhere within their counties and tinker with rules that allow political parties to nominate poll workers. The new law would erase a slight advantage in naming poll workers that now goes to the party in a given area that did better in the last general election.

Currently, according to Kennedy, only about a quarter of the state’s 1,852 municipal clerks receive these nominations. Burden expects that percentage to increase in future elections.

Neither bill, part of a package authored by state Sen. Mary Lazich, R-New Berlin, is controversial. Kennedy, appearing at a Sept. 4 legislative committee hearing, said the package as a whole addressed “granular-level issues.”

That’s not too fine a level for Burden. He says that while countywide recruitment makes filling slots easier, “poll workers might no longer know the communities they serve,” causing a less positive voting experience.

Similarly, Burden sees the bill to make clerks appoint equal numbers of poll workers from each party when possible “minor housekeeping.” But he raises a more fundamental concern, saying “the polling place might be better served by poll workers without a partisan interest.”

In Wisconsin, municipal clerks and GAB officials are nonpartisan. But Burden says partisan clerks elsewhere have exercised discretionary authority in ways that favor their own parties. His concern: “Someone with strong partisan views working in a polling place might, even unwittingly, impose them.”

In written testimony to the committee, Kennedy said the state’s clerks “generally prefer elections inspectors who are not politically affiliated.” Lisa Subeck, executive director of the “progressive” advocacy group United Wisconsin, wrote that, in her own stints as a poll worker, she did too:

“I must admit that I have never even known the political leanings or partisan choices of my fellow poll workers on election day — and I would prefer to keep it that way.”