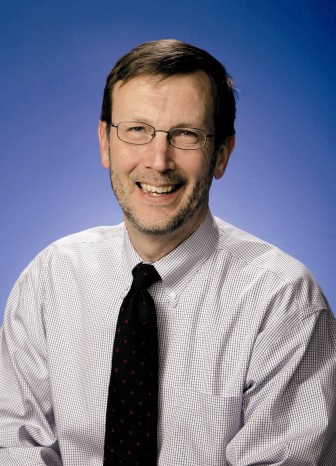 Vukmir is claiming legislative immunity from a June lawsuit filed by the liberal Center for Media and Democracy, which has alleged that she failed to turn over records related to the American Legislative Exchange Council. ALEC, a lightning rod for liberals, works with conservative state legislators around the country to write model legislation.

In a motion filed by state Attorney General J.B. Van Hollen’s office, Vukmir claims she can’t be sued while the Legislature is in session. If her argument prevails, lawmakers could no longer be compelled to comply with open records requests. Here’s why:

Legislators recently have defined their “sessions” as beginning on the day they are sworn in and lasting until the next time they are sworn in. That would make Vukmir immune from lawsuit for the entire time she remains in office, which could be for many years.

In a statement, Vukmir writes that she has complied with CMD’s open records request “and will continue to comply with all future requests for records, including two recent requests by CMD.”

But when will she comply? And why does she believe she deserves such broad immunity? The senator ought to answer those questions.

In the past, the state has argued that the constitution provides immunity from civil proceedings only during floor sessions, says Madison attorney Susan Crawford, a former assistant attorney general. That was the state’s position during the legislative caucus scandal a decade ago, she said.

Crawford notes that the attorney general is the state officer charged with enforcing the Open Records Law and now is arguing, essentially, that the law cannot be enforced against legislators. No court could hold them accountable, as long as they are in office.

In the past, lawmakers on both sides of the aisle have been sued under the Open Records Law. Those legislators either acknowledged the violation and turned over the documents or fought it out in court.

The constitutional provision, and similar ones in other state constitutions, can be traced to English common law, which aimed to prevent political foes from suing their rivals as a ploy to remove them from the floor during sessions of Parliament. Legislative immunity, then, was created to protect the democratic process – not to protect the politicians. Vukmir’s tactic turns a very reasonable idea on its head.

This should not be a partisan issue: Everyone benefits from transparency in government. Rick Esenberg, a Milwaukee lawyer and blogger often allied with Republicans, recently told the Milwaukee Journal Sentinel that the Vukmir/Van Hollen motion “would seem to extend the scope of the exemption provision well beyond its original meaning.”

And this broad interpretation might also lead to claims of immunity in other kinds of civil lawsuits. Some legislators serve for decades. Could they sidestep any civil claim while in office?

Van Hollen’s actions are a disappointment. He has been a strong supporter of open government in the past. When state Sen. Jon Erpenbach, D-Middleton, was sued by the conservative MacIver Institute over emails the senator received during the collective bargaining battle in 2011, Van Hollen declined to take the case. He should have done the same this time.

As for Vukmir, she says she has “always believed in transparency in government.”

She can demonstrate it by dropping her claim. She and Van Hollen may hope to cloak themselves in the state constitution, but in this instance it looks like a very poor fit.