The Wisconsin Freedom of Information Council is shocked and saddened that a member of the state Legislature is, with the help of the state Attorney General’s Office, effectively claiming immunity from the state’s Open Records Law.

As reported by the Milwaukee Journal Sentinel, state Sen. Leah Vukmir, R-Wauwatosa, is advancing a legal argument that “would let all lawmakers ignore the Open Records Law.” The senator claims she cannot be sued while the Legislature is in session and that the session extends for a legislator’s entire term. 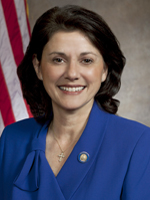 Our state’s openness laws are fundamental to its ability to function as a democracy. Members of the Legislature, which passed these laws, ought to respect that. We call upon Sen. Vulmir to reconsider her position in light of the damage it could cause to the state.

So far as we can recall, no lawmaker has ever before tried to defeat the state’s open records law by employing this ruse. We are deeply disappointed in both Sen. Vukmir and the Attorney General’s Office, for the position it has taken, in its Sept. 11, 2013 court filing.

The state Attorney General’s Office has statutory authority for interpreting and enforcing the state’s openness laws. In the past, the office has initiated legal action against members of the Legislature.

In fact, lawmakers have been sued for violating the Open Records Law on a number of occasions, listed below. They sometimes lost, sometimes settled, and sometimes won. But in no prior instance did they claim to be above the law.

Wisconsin’s traditions of open government, including the ability to litigate cases of alleged noncompliance, have served the state well. That is not a tradition with which we should dispense.

Prior cases of Open Records lawsuits against state of Wisconsin lawmakers: