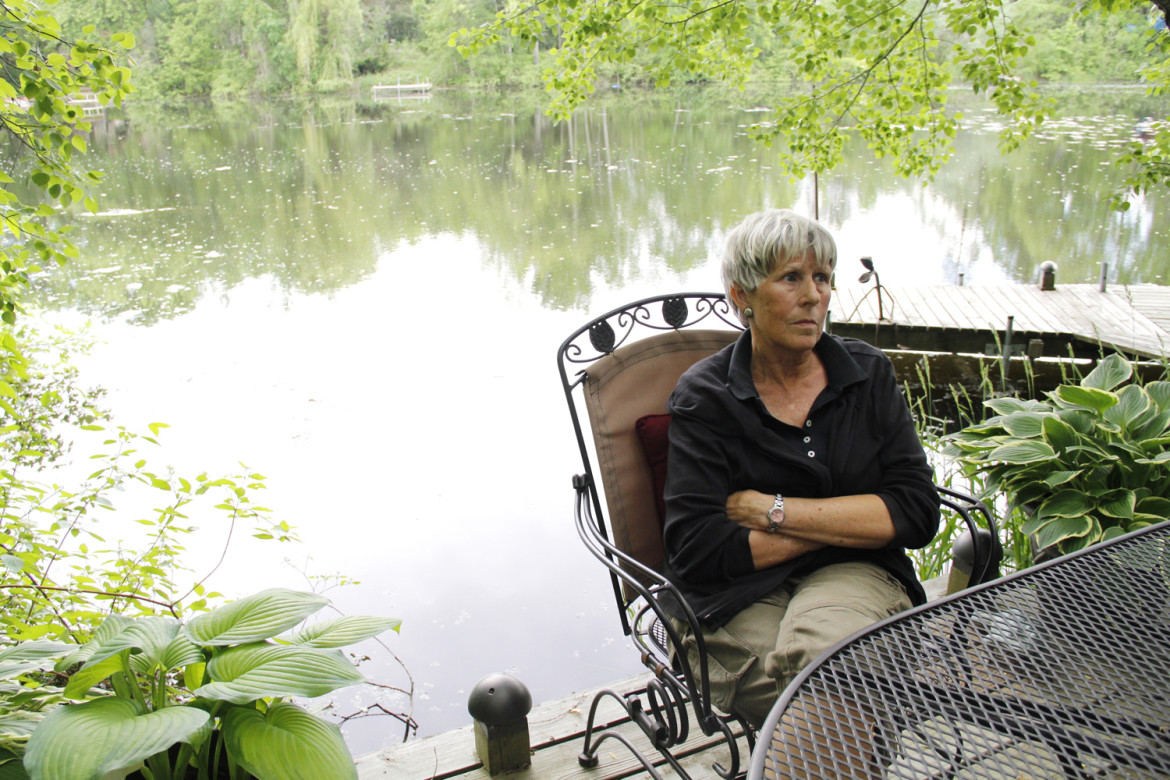 Plover resident Barb Gifford lives along the Little Plover River and started the Friends of the Little Plover group in 2005, when sections of the river first dried up. "You canât live on a body of water every day and not know when something was wrong," she says.

Check out the project page for more coverage of the concerns about high-capacity wells’ impact in the Central Sands, including more photos, maps, and audio-slideshows.

PLOVER — Cold groundwater seeps to the surface at the headwaters of the Little Plover River and winds its way through a narrow strip of shady forest between farm fields to join the broader waters of the Wisconsin River. Once home to a prized trout fishery, this small six-mile stream has repeatedly dried up and this year had the dubious distinction of being named one of America’s most endangered rivers by American Rivers, a water advocacy group.

“Flow equals fish,” said George Kraft, a hydrogeologist at the University of Wisconsin-Stevens Point. “This river is a shell of itself in terms of fish abundance. And its flows, most summers, are diminished by 50 percent or more from where they ought to be.”

While experts say the Little Plover is the poster child for the problems of overpumping, some of them hope it also could be the source of solutions.

Parts of the Little Plover first dried up in 2005. The state Department of Natural Resources has set a “public rights” stage for the river — the minimum flow necessary for the stream to stay healthy.

Eric Ebersberger, the DNR’s water use section chief, said that agency cannot enforce a public rights stage without concrete evidence showing which wells are responsible for significant impacts on the stream.

To provide such evidence, the DNR, along with state and federal hydrogeologists, is working to develop a model of the Little Plover watershed to show how pumping from both municipal and agricultural wells, rainfall, recharge and runoff affect the river’s flow.

“We can ask the model, ‘What will solve the problem? How much would people have to dial back?’ ” Ebersberger said. “We’re looking at how much pumping is contributing to this problem, and what would solve it.”

The Little Plover model could be applied to other streams and lakes in the region with declining water levels.

“I think the reason why this is important is, if this one (Little Plover) isn’t important, then, in a sense, none of them are important,” Kraft said. “Six-mile long streams are what make Wisconsin Wisconsin.”