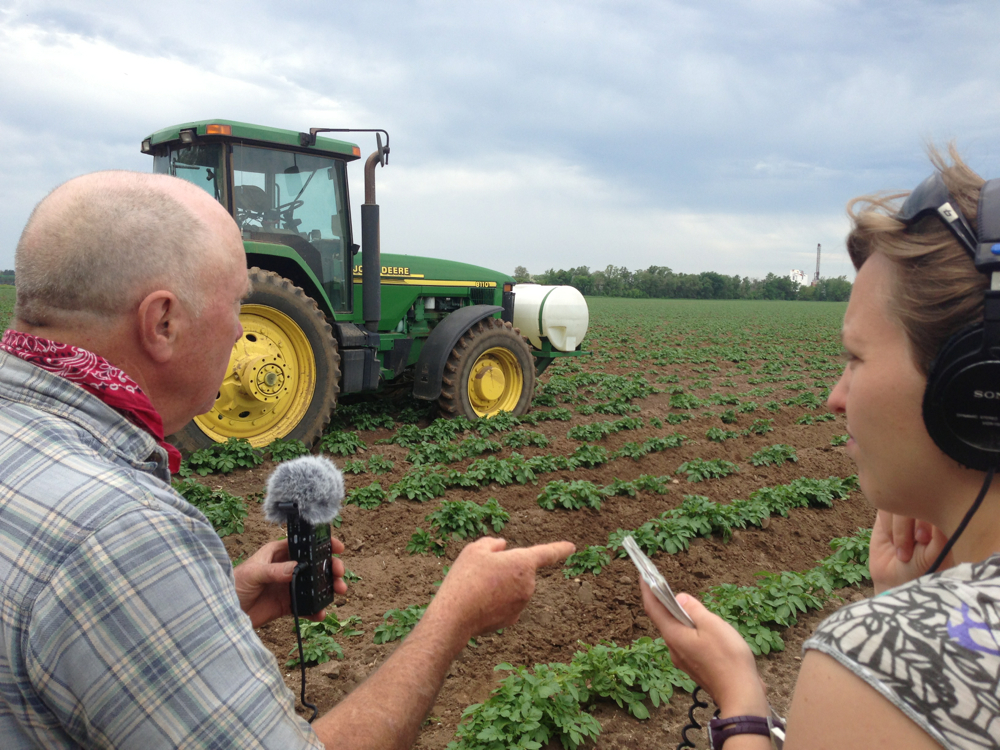 For months, Kate Prengaman and I have been benefiting from the confusion we’ve caused our sources, with our matching styles, names, shoe sizes — and beats. We’re both obsessed with water issues, and we collaborated this summer on a major groundwater story the Center published yesterday.

The story, Groundwater war pits farms against fish, details how lakes and streams have lowered or run dry in Wisconsin’s Central Sands due largely to the expansion, over several decades, of high-capacity wells. And how curbing that overpumping poses a quandary as the state says it cannot use cumulative impacts from all the wells as a basis for denying any single well permit.

It’s a serious issue of much contention. But that doesn’t mean we were always so serious while reporting together.

We decided to take a stab at podcasting so we could chat about the story and what it was like reporting it.

If it goes well, we’ll make it a regular thing. So let us know what you think or share it.
Twitter: @WisWatch, @wiswatchkate, @kprengaman
Facebook: https://www.facebook.com/WisWatch

Mentioned in the podcast: 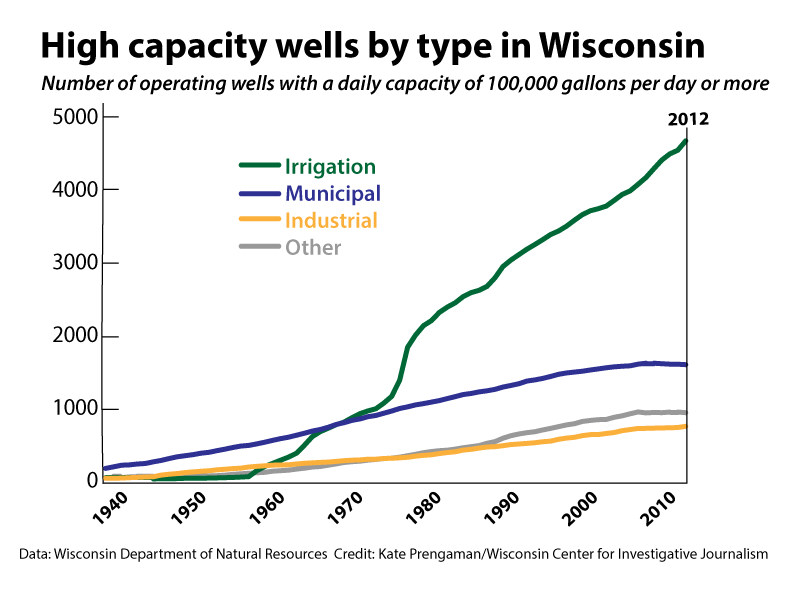 The chart that got us going on this story. 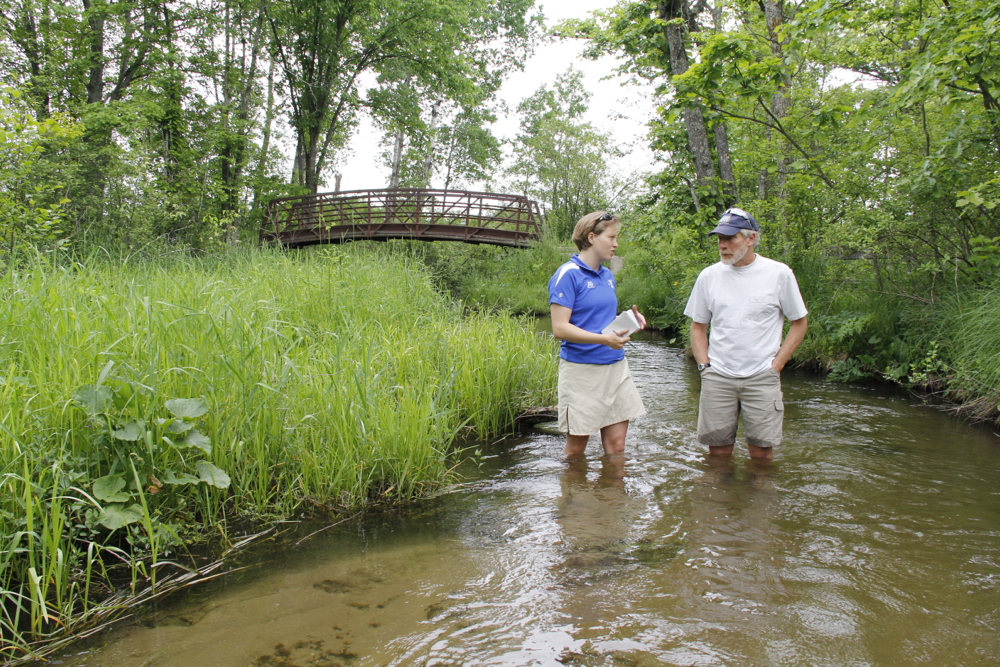 Standing in the stream results in fewer mosquito bites. 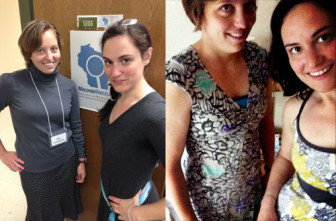 Aside from both being named Kate, we manage to confuse sources further by accidentally dressing alike for conferences (left) and reporting trips (right).

One thought on “Podcast: Behind the scenes on the Central Sands groundwater beat”