Reprinted with permission from www.simpsonstreetfreepress.org.

At a recent Simpson Street Free Press event, David Maraniss, associate-editor of the Washington Post distilled the attitudes of the Obama administration toward a free press in a single word: “chilling.”

In the past month, the Department of Justice seized the phone records of Associated Press reporters in the name of national security.

• Center’s possible eviction from UW: Summary and resources. Resource page — subject to continuous updates
• Lawmakers’ attempt to evict Center arouses national controversy Reactions to the June 5 vote, and links to news coverage and editorials from across the country. June 6, 2013
• WCIJ Board of Directors statement on the Joint Finance Committee proposal to evict the Center from the UW June 11, 2013
• Investigative Reporters and Editors board calls for Wisconsin lawmakers to halt action against Center June 7, 2013
• ‘Petty, vindictive, dumb’: Conservative host Charlie Sykes defends the Center June 6, 2013

Links to media coverage of this issue

See the Center’s list of news stories and editorials.

This comes after reports that the NSA has a broad agreement with the Verizon Company to tap Americans’ phone lines. The Bush-era Patriot Act, renewed twice with support from Obama, protects these actions.

As young journalists, we tend to see recent events as part of a chilling trend. These chills come from both sides of the political aisle. And they undermine the First Amendment, individual freedoms, and a free press.

It just got local. A late-night amendment to the Wisconsin budget passed by the Joint Finance Committee seeks to evict the Wisconsin Center for Investigative Journalism from its offices at the UW-Madison journalism school. Other provisions would ban any university employee from working with the Center. We see this as a direct attack on freedom of the press and the education of young people.

The Wisconsin Center for Investigative Journalism is a Madison-based non-profit housed in the UW-Madison School of Journalism and Mass Communication under a “facilities use agreement.” Center employees collaborate with the journalism school to teach and offer paid internships to students.

When it’s not helping educate Madison’s young people, the Center wins awards for its hard-hitting, long-form journalism. Its reports cover a wide range of topics, including Wisconsin’s judicial system, environment and economy. These stories are picked up by news organizations across the state. They are a favorite in the Simpson Street Free Press newsroom.

The Center has a simple mission: “Protect the vulnerable. Expose wrongdoing. Seek solutions to problems.” The Center follows the Society of Professional Journalists’ code of ethics, discloses all its funders to the public, and runs its operation on a tight budget. It does all of this without any funding from the University or the State.

Given its impressive resume, it’s hard to believe the Center is now being reprimanded. Editorials published in The Capital Times and Wisconsin State Journal point to investigations by the Center exposing faults of the current Republican-led Wisconsin legislature. Moreover, Rep. John Nygren R-Marinette made statements suggesting the Center has a liberal bias. 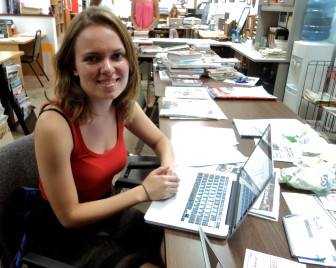 Since the announcement, critiques of the amendment and cries of support for the Center are heard across party lines, and across Wisconsin.

Conservative talk-radio host Charlie Sykes decried the amendment on his blog. So did contributors to MSNBC commentator Rachel Maddow’s liberal blog. Sykes pointed out the Center has published investigations that turned out in favor of conservatives and liberals alike.

Sen. Mike Ellis, R-Neenah, told the Associated Press, “I don’t know why we would go after any element of a free press, even if we don’t like them.”

At Simpson Street Free Press, we believe that good journalism serves a crucial role in any democracy. Journalists are watchdogs. They hold officials accountable and engage citizens in public discourse. Good journalism is about finding the truth. 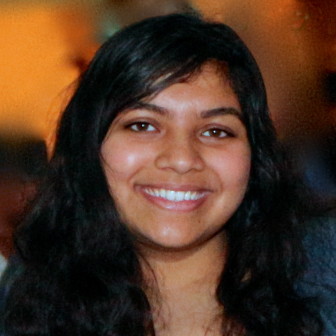 In an age where print media is on a steady decline, funds to support the watchdog function of journalism are virtually non-existent. That’s why attacks by some in state government on the Center for Investigative Journalism are so deplorable.
And they hurt Wisconsin’s young people.

In a statement on the UW Journalism School web site, its director Greg Downey called the provision “arbitrary,” adding that the ban on UW employees working with the Center “seems to broadly and recklessly infringe on our academic freedom” with regard to research and teaching.

“We think that such a measure, if allowed to become law, would diminish opportunities for students, who have won state and national acclaim for investigative news coverage they have produced with the Center’s professional staff,” said Andy Hall, the executive director of the Center for Investigative Journalism, in an email.

“It would limit the freedoms of faculty members to determine how best to teach their students. And it would potentially reduce the public’s access to information about key issues that is essential to maintaining a strong democracy.”
We agree.

At Simpson Street Free Press, we stand with the Center for Investigative Journalism. Now more than ever, citizens need to stand their ground against government measures that limit personal privacy, academic freedom, and the right to a free press. We urge the Wisconsin legislature to vote down this oppressive budget provision.