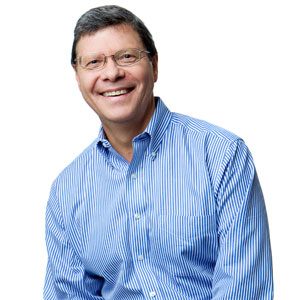 Charlie Sykes, a conservative radio host on Milwaukee’s WTMJ, came to the Center’s defense Wednesday, June 5, the day the Legislature’s Joint Finance Committee took a 6 a.m. vote to evict the Center from its University of Wisconsin offices and prohibit UW employees from working with the Center.

Center executive director Andy Hall responded, “While I disagree with Sykes’ framing the Center as a liberal news organization, I agree with his piece’s overall thrust. This issue goes beyond ideology or partisanship, and the budget measure, if allowed to stand, endangers academic freedom and potentially could chill efforts to produce investigative journalism.”

This is me wincing.

In the final minutes of its marathon, all-night budget session, Republicans on the legislature’s Joint Finance Committee passed this surprise motion:

What was worse here? The substance or the awful optics? With a single motion, the JFC managed to distract attention away from the substantive accomplishments of this budget, while arousing certain media backlash. And in this case the backlash will be justified.

The GOP’s  budget motion was a vindictive attack on a journalistic operation on ideological grounds. Does that sound slightly familiar? At a time when conservatives should be embracing government restraint, the motion combines some of the worst aspects of the IRS and DOJ scandals – using government to punish those perceived as political enemies combined with a clear assault on the free press. (Not to mention that it now allows the UW to regain some of the moral high ground it lost during the slush fund scandal.)

Who thought this was a good idea?

The move should especially appall those of us in the conservative media.

Imagine how we would have reacted if Jim Doyle and Democrat legislature had passed legislation targeting conservative talk radio or any of the independent new media watchdog groups that have arisen in recent years. Imagine a budget amendment that targeted the MacIver Institute or, Media Trackers, or well, Right Wisconsin. Granted, we are not housed in buildings owned by the state, but what matters here is the use of government power to lash out at a group of media watchdogs.

The center describes itself as “an independent, nonprofit and nonpartisan organization based in Madison, Wis., that collaborates with other media outlets.”

The Center works with its partners and mainstream and ethnic news media to improve the quality and quantity of investigative journalism in Wisconsin. Our focus is on government integrity and quality of life issues.

The Center doesn’t take sides or play favorites. Its articles have provided in-depth coverage of government institutions, including the University of Wisconsin System, which houses it.

One of the conservative gripes about the Center is that it has received funding from the George Soros run Open Society Institute and other liberal-leaning foundations. The Center it has occasionally fed the standard liberal media narrative; and it is legitimate to question the extent to which UW aligns itself with liberal-leaning “think tanks” and other entities while shunning those of a conservative bent (as Rick Esenberg does here.)

But the fact is, the Center for Investigative Journalism does good work. Part of its job is to harass and annoy those in power and ask difficult questions and that makes political enemies no both sides of the aisle. That’s what a free press does.

In fact, I’ve found the center’s work quite valuable. In 2009, for example, the Center published the first piece exposing the high-speed train as a sham.

An investigation by the Wisconsin Center for Investigative Journalism and University of Wisconsin-Madison journalism students found some gaps in one of the state’s biggest proposed stimulus projects: A proposed half-billion-dollar high-speed passenger rail line between Madison and Milwaukee.

State officials predict that the trains will be popular. But in some cases, the trains wouldn’t match current commuting and travel routes. Even though it’s billed as a high-speed service, officials say the trains will run at an average of just 70 miles an hour, at least for the first few years. And even if Wisconsin wins federal funding for the project, state taxpayers will pay millions each year to operate the new 85-mile passenger rail line.

And thus did the high speed train, become the “half-fast” train. I cited that study in a column I write for the conservative Wisconsin Interest Magazine and it became a major theme in the 2010 campaign.

Here are some other highlights of the Center’s work:

Part two of a recent series on nursing homes, with links to part 1 and sidebars: https://partners.wisconsinwatch.org/2013/02/18/nursing-homes-fail-to-report-deaths-injuries/

Here is their just-released story on electrical hookups at state campsites, produced by UW students in collaboration with the Center: https://partners.wisconsinwatch.org/2013/05/26/campgrounds-getting-more-electric/

Here is a  link to the only actual commentary produced by the Center – Lueder’s  Money & Politics columns:https://partners.wisconsinwatch.org/category/money-and-politics-column/

My view admittedly may be colored by my long-running association with Lueders, the group’s Money and Politics Project director. By no stretch of the imagination are Bill and I ideological soul-mates, but I have always found him to be hard-working, diligent, intellectually honest, and fair. And I would hope that if the situation was reversed, he would stand up for a conservative group targeted in a similar way. Given recent development in Washington, we may not have to wait too long to find out.

And that brings me to a more practical concern:  if we ever expect principled liberals to stand up against the attacks on those of us on the right – including the ideological attempts to use the FCC to shut us down – we need to speak up when our side crosses over to the dark side.

Here’s hoping my fellow conservatives will sober up, see the light, and take this out of the budget. If not Governor Walker should veto it.