Award-winning journalist Ron Seely, nationally recognized for his expertise in science and environmental reporting, is joining the staff of the Wisconsin Center for Investigative Journalism as a reporter, editor and student mentor. 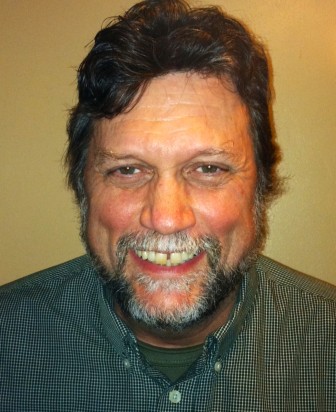 Seely, 60, began his new part-time role this week after retiring from the Wisconsin State Journal, where his “professional, thorough and enlightening reporting” was praised in a proclamation issued last month by the state Legislature.

“For more than 34 years, countless articles written by Ron have inspired state and local legislative action, including his series on aging public schools, which led to a dramatic improvement in safety in our state schools and a series that resulted in major changes in the operation of Madison’s public water utility,” according to the congratulatory proclamation signed by the Legislature’s Republican leaders, Senate President Mike Ellis and Assembly Speaker Robin Vos.

Seely said he was “thrilled to continue my reporting career at WCIJ where I will not only be able to report on Wisconsin’s crucial environmental issues but also serve as editor and mentor to a new generation of young journalists.”

Andy Hall, the nonprofit and nonpartisan Center’s executive director, formerly worked with Seely at the State Journal and lauded his commitment to tough, in-depth journalism that serves the public interest.

Hall said Seely’s skills as an editor and mentor, developed through two decades of teaching science writing courses, will enhance the training of the Center’s paid interns and other journalism students while producing high-impact journalism that will strengthen democracy.

“Through his own reporting, and his work with students, Ron will cast a powerful light into Wisconsin’s environment and other undercovered places to hold institutions and people accountable for their actions,” Hall said.

Seely’s hiring was completed before the Legislature’s budget-writing committee inserted a last-minute measure on June 5 that would banish the Center from its offices in the UW-Madison School of Journalism and Mass Communication and would prohibit UW employees from working with the Center as part of their job duties.

The measure was included in the budget approved Wednesday by the Assembly and now being considered by the Senate. If the Senate allows the measure to remain in the budget, Gov. Scott Walker still could remove it by exercising his line-item veto powers.

Seely is a senior lecturer on the faculty of the Life Sciences Communication Department in UW-Madison’s College of Agriculture and Life Sciences, where he has taught science writing for 20 years.

Seely has won numerous awards for his newspaper work. Most recently he was named a third-place winner of the Society of Environmental Journalists’ national investigative reporting award for a series on Wisconsin’s failure to adequately regulate factory farms.

Seely was the 2010 recipient of the American Chemical Society’s national science writing award, the prestigious James T. Grady-James H. Stack Award. In 2008, he won the Inland Press Association Award for investigative reporting for coverage of problems at the Madison Water Utility. And he is a three-time winner of the Wisconsin Press Association’s award for environmental reporting.

Hall noted that if the measure remains in the state budget and becomes law, it will reduce opportunities for students to learn from Seely although the Legislature’s leaders have praised his work.

“We continue to hope that the Legislature and Gov. Scott Walker remove this ill-conceived, secretly hatched measure from the budget,” Hall said. “There’s still time to do the right thing for students, and for democracy.”

The proclamation issued last month by the Legislature congratulated Seely on his retirement from the State Journal and said that “Ron’s devoted readers, including hundreds of policymakers and students, will miss his professional, thorough and enlightening reporting.” The motion originated with Sen. Mark Miller, D-Monona, and Sen. Bob Jauch, D-Poplar.

The Center’s $400,000 budget is privately funded through foundations, individuals and corporations.

Under a facilities use agreement, the Center’s staff works with students in two small offices in Vilas Communication Hall. The Center pays no rent but provides paid internships, classroom collaborations on reporting projects and guest lectures through an arrangement with the school that last year received the Associated Press Media Editors’ inaugural Innovator of the Year for College Students award.

About the Center: The Wisconsin Center for Investigative Journalism (wisconsinwatch.org) was launched in January 2009 to examine government integrity and issues affecting the quality of life of Wisconsin residents, while training the next generation of investigative journalists. It currently has four full-time employees and six paid student interns. The Center is based in the School of Journalism and Mass Communication at the University of Wisconsin-Madison. It collaborates with Wisconsin Public Radio, Wisconsin Public Television, and mainstream and ethnic media across Wisconsin and the nation.

The Center publicly acknowledges all of its donors, to increase the transparency — and protect the integrity — of its public-interest journalism. The Center is supported by foundations and individuals, including Ethics and Excellence in Journalism Foundation, Foundation to Promote Open Society (a partner of Open Society Institute), The Joyce Foundation, Evjue Foundation, McCormick Foundation and Ford Foundation. Connect with the Center on Twitter and Facebook.