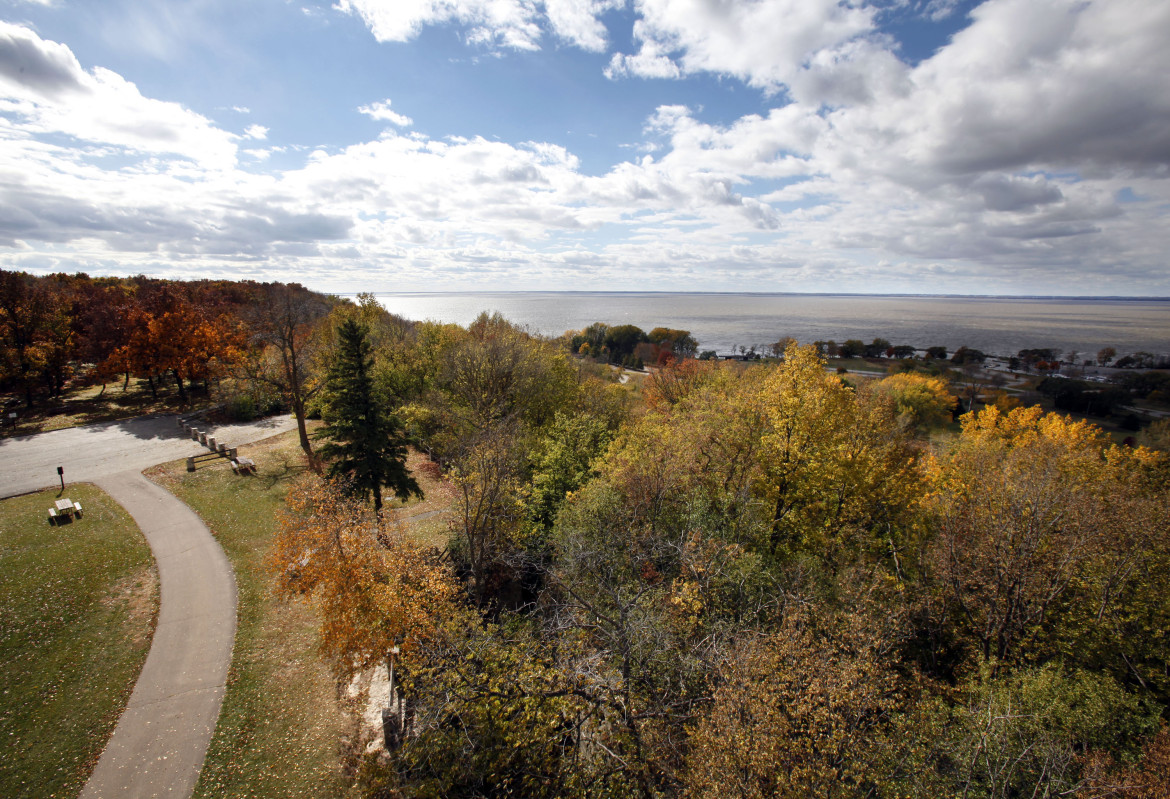 STATE OF THE PARKS
About this series:
With taxpayer funding for Wisconsin’s state parks slowly shrinking, parks are increasingly reliant on revenue from visitors, and donated money and time from volunteer groups. This project, which examines the impact of this shifting fiscal picture, was produced by the Wisconsin Center for Investigative Journalism in collaboration with a UW-Madison reporting class taught by Professor Deborah Blum.

PART 1: This summer, Wisconsin’s state park campgrounds will complete the largest expansion of electric sites in decades — a response to growing demands from campers and to economic pressures.

TODAY: With budgets tight, Wisconsin state parks are increasingly relying on donated time and money from volunteer groups known as Friends of the Wisconsin State Parks. And a small number of popular parks are subsidizing dozens of money-losing properties.

Just 18 of the 74 parks and other recreation areas operated by the state took in more money than they cost to operate in 2012, according to an analysis by the Wisconsin Center for Investigative Journalism.

Wisconsin Department of Natural Resources officials said the profits from the most popular properties provide crucial support for the state’s other natural treasures.

Jeff Prey, a program and policy analyst with the DNR, is not troubled by this inequity: “A few properties support the others, but we’re all one team.”

Today, that team relies on visitors for about 75 percent of the park system’s annual operating budget, which totaled about $23 million in 2012.

Landon Williams, the park program’s comprehensive systems manager, said there has been a “slow and steady slide” in taxpayer funding. Through the mid-1990s, about half the funding for the state parks came from taxpayers, he said. Now, it’s down to 21 percent.

To deal with this decline, the parks program is relying more on earned income and donations from nonprofit Friends of Wisconsin State Parks groups. It has cut staff and natural resource projects to focus on visitors services and infrastructure, so paying customers keep coming back.

Williams said taxpayer funding “helps us to operate the smaller parks and helps the parks remain an exceptional value.” 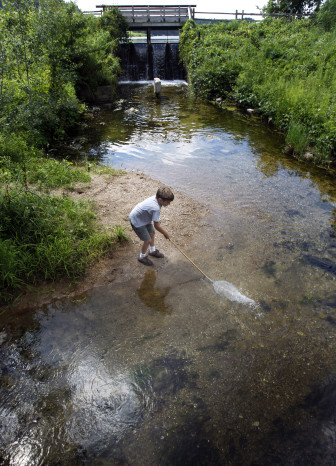 Eric East of Chilton tries to net minnows while camping with his family at Hartman Creek State Park in Waupaca, August 2011. With more than 100 popular summer campsites, Hartman Creek is one of 18 state recreational properties that turned a profit in 2012. William Glasheen/Gannett Wisconsin Media

Visitation in Wisconsin state parks is up 12 percent since 2002. That has boosted park revenues, most of which come from entrance and camping fees. Revenue from annual park stickers is attributed to the parks where they are purchased. Areas without campgrounds bring in less income.

“Some facilities will never pay their way. The state trails are an example,” said Dan Schuller, Wisconsin state parks director. “Our busier parks support those important kinds of programs.”

The value of parks

Dave Marcouiller, a professor of urban planning at the University of Wisconsin-Madison who specializes in outdoor recreation, said many state park systems have “crown-jewels.” Being located close to population centers also helps parks like Devil’s Lake be profitable, he added.

Across the country, states are coping with park funding cuts. In recent years, California closed dozens of parks, Ohio passed legislation to open parks to oil and gas drilling, and Georgia is privatizing several parks.

Yet recreational public lands are economic engines for the communities where they are located.

Visitors spend money on food, gas, accommodations and activities in the “gateway” communities near parks. Prey said his research shows that the average family visiting a state park spends $230.

Some state parks take in more money than they cost to operate. Most operate at a loss. Here is a list of the top winners and losers, based on 2012 data, in terms of the difference between revenues and operational costs:

Access to recreational lands also encourages people to buy second homes or retire near parks, according to Marcouiller.

“Private sector stimulus is coming in because of the state parks,” he said. “It completely dwarfs the state spending.”

The value of parks goes beyond economics.

In May, Wisconsin’s outdoor recreational planning was recognized with a national award from the National Park Service and the Society of Outdoor Recreation Professionals.

Schuller said the park system’s long-term plan is be able to operate without state taxpayer support. Besides user fees, this could include expanded federal funding and corporate and nonprofit partnerships.

“We will continue to work toward self-sufficiency to the greatest extent possible,” Schuller said.

If the budget gets tighter, the state might scale back services or open parks for shorter seasons. While there are no plans to shut down parks, Schuller said the DNR does periodically re-evaluate its portfolio of recreational properties.

Some state park programs have added amenities so they can charge users more. Wisconsin has recently increased and upgraded hookups, which cost $5 more per campsite, at many parks.

But Wisconsin still falls far below national averages in electric access, cabin availability, and other amenities. For example, Wisconsin parks have a total of 12 rentable cabins; Michigan has 191.

Schuller said the state is continuing to consider adding amenities but doesn’t want to directly compete with private campground owners and other businesses.

Of course, the parks could also raise fees. Right now, an annual park sticker for residents costs $25, making Wisconsin’s parks one of the most affordable programs in the country.

“The investment that Wisconsin has made in state parks brings tremendous returns,” Schuller said. “The value is economic, it’s part of the state’s conservation heritage, and it’s a social benefit.”

This report was produced in a University of Wisconsin-Madison journalism class taught by Professor Deborah Blum, in collaboration with the nonprofit, nonpartisan Wisconsin Center for Investigative Journalism (www.WisconsinWatch.org). Students Mark Bennett and Jake Wolter contributed to this report.

The Center also collaborates with Wisconsin Public Television, Wisconsin Public Radio and other news media. All works created, published, posted or disseminated by the Center do not necessarily reflect the views or opinions of UW-Madison or any of its affiliates.