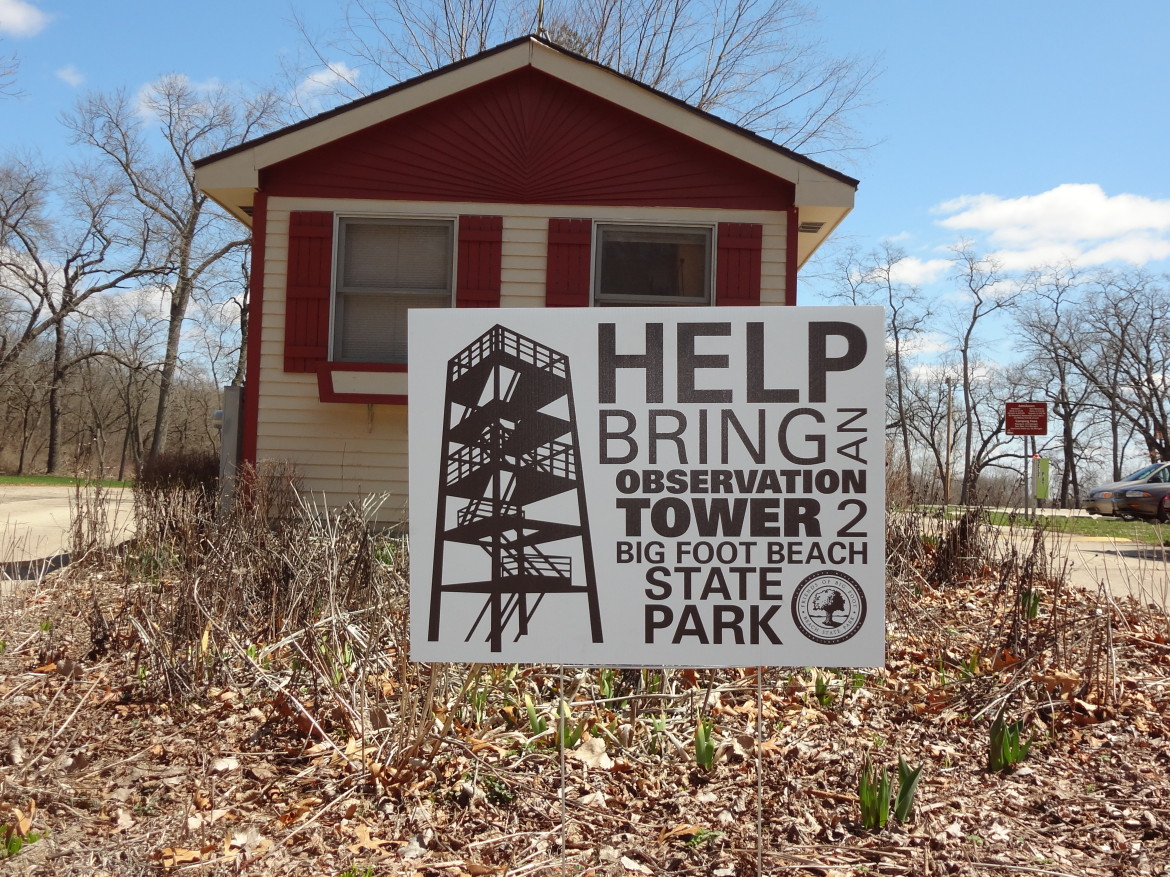 PART 1: This summer, Wisconsin’s state park campgrounds will complete the largest expansion of electric sites in decades — a response to growing demands from campers and to economic pressures.

TODAY: With budgets tight, Wisconsin state parks are increasingly relying on donated time and money from volunteer groups known as Friends of the Wisconsin State Parks. And a small number of popular parks are subsidizing dozens of money-losing properties.

When the state couldn’t afford bulletproof vests for five rangers at Devil’s Lake State Park near Baraboo several years ago, it got a little help from its friends. The park’s all-volunteer friends group raised the necessary $2,500.

“It’s a standard equipment kind of thing,” said park superintendent Steve Schmelzer, explaining that rangers must occasionally deal with dangerous situations, like domestic disturbances and fights. “But it’s not something you have built into your budget.”

State support for Wisconsin’s state parks has slid steadily. General purpose revenue covered 50 percent of their operations in the late 1990s, but only 21 percent today.

In response, park staff increasingly rely on friends groups to provide volunteer help, fundraise and apply for grants to pay for programs, projects and equipment. Among other things:

“We depend a lot on friends to help us with some of our work,” said Dan Schuller, director of Wisconsin State Parks. “We have a very strong friends group program in Wisconsin, one of the best in the nation.” 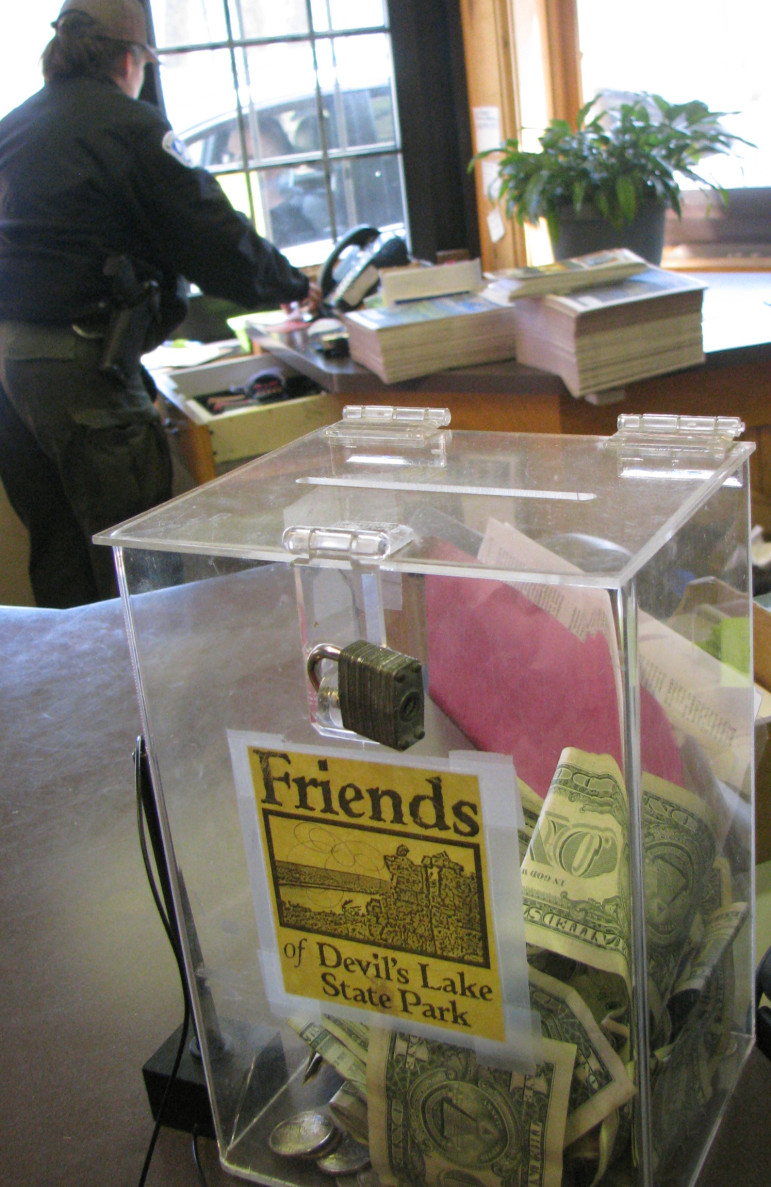 Wisconsin is the only state park system in the country to have friends groups for every property it operates, according to a 2012 report from the National Association of State Park Directors. Only four states with much larger parks programs — Massachusetts, New York, California, and Florida — have more support groups.

Schuller figures it would take 70 additional full-time park positions to match the hours that volunteers log each year. Friends also raise about $600,000 in monetary donations each year to help pay for interpretive programs, facility upgrades and new equipment.

“This is kind of the wave of the future because funding hasn’t kept up,” said Peter Biermeier, recreation, planning and development chief for Wisconsin State Parks.

Friends of Wisconsin State Parks, a nonprofit organization that works with the Wisconsin Department of Natural Resources, oversees 81 friends groups. About half serve a state park or forest property, while the remainder collaborate with state trails, recreation areas and wildlife areas.

Patty Loosen, a DNR staffer who coordinates the program, said each friends group must meet a certain set of criteria to receive accreditation. All are registered nonprofits, have a board of directors, hold regular meetings, and work in concert with park management.

“Friends groups can’t be out there doing their own thing,” Loosen said.

Groups may be eligible for matching funds through DNR Stewardship grants. A total of $248,600 was offered this year, Loosen said, which means the groups will potentially have about $500,000 to work with.

“We really haven’t had to turn anyone down for the Stewardship money,” she said. “But we’re always right at that $250,000 that’s awarded.”

Friends groups raise money for particular parks, but all completed projects are donated to the park system. Fundraising may involve selling firewood or concessions, renting kayaks and canoes and hosting races.

At Big Foot Beach State Park near Lake Geneva, the friends group has raised money for bonus items like a butterfly house. It also pays for less glamorous things, like shovels and vehicle repairs.

“We rely heavily on volunteers for this kind of stuff,” said Shane Jones, a member of the park’s friends group. “Without the volunteers, it just wouldn’t get done.”

In April, group members joined forces with community volunteers to plant about 200 trees.

“I think it’s really important to the community,” said tree planter Porter McLean. “I won’t get to enjoy these much, but my grandchildren may some day.”

Some of the friends groups’ work keeps alive what once would have been consider basic functions. At Kohler-Andrae, for instance, the friends group has raised money to fund interpretive programs.

“We spend over one thousand dollars a year on interpretative programs, because there is no state money available for these programs,” said James Mohr, president of the Kohler-Andrae friends group.

Friends of Wisconsin State Parks has established another matching grant program for environmental educations and naturalist programs. Friends groups may apply for up to $1,000 in matching funds; $18,000 is available for this purpose in 2013.

“We really do want to see the park properties offer some naturalist activities and the DNR really doesn’t have much funding for that anymore,” said Loosen.

But as the parks come to rely more and more on friends groups to continue basic functions, are they risking their long-term sustainability? Will Wisconsin’s parks begin to have disparities based on which have the most friends?

Loosen acknowledges that not all friends groups operate at the same level. “Some are always active, some are sometimes inactive,” she said.

And Devil’s Lake superintendent Steve Schmelzer said the role played by friends groups is already so strong that his park has grown to depend on it.

“If they were not here,” he said, “we would have to cut out other services to the public.”

The Center also collaborates with Wisconsin Public Television, Wisconsin Public Radio and other news media. All works created, published, posted or disseminated by the Center do not necessarily reflect the views or opinions of UW-Madison or any of its affiliates.