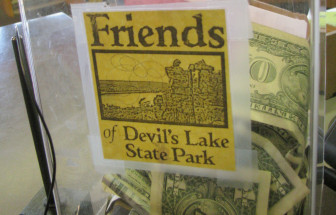 TODAY: This summer, Wisconsin’s state park campgrounds will complete the largest expansion of electric sites in decades — a response to growing demands from campers and to economic pressures.

History: Wisconsin’s first state park, Interstate Park, was established in 1900. The state Legislature appointed a board to begin developing a statewide park system in 1909.

Budget: In the late 1990s, the state Legislature changed a law that required the general purpose fund to provide at least half the park program’s budget. Taxpayer funding has decreased slowly since then. So far, increased revenues from users have been able to make up the difference, park officials said.

Park and forest visitors provide almost three-quarters of the roughly $23 million budget. General taxpayer funds will provide about one fifth of the budget through 2015. The entire parks budget made up less than a one tenth of 1 percent of the state’s 2011-2013 budget.

User fees: At $25, Wisconsin’s annual state park resident vehicle sticker is one of the most affordable in the country. Campsites cost between $12 and $15, depending on the park, with an additional $5 fee for electricity access.

Infrastructure: Wisconsin’s parks have significantly less infrastructure — like electric campsites, cabins and lodges — than most other states. Many users see the rustic nature of Wisconsin’s parks as a positive, but the lack of upgraded amenities leaves the park system with fewer ways to earn more money.