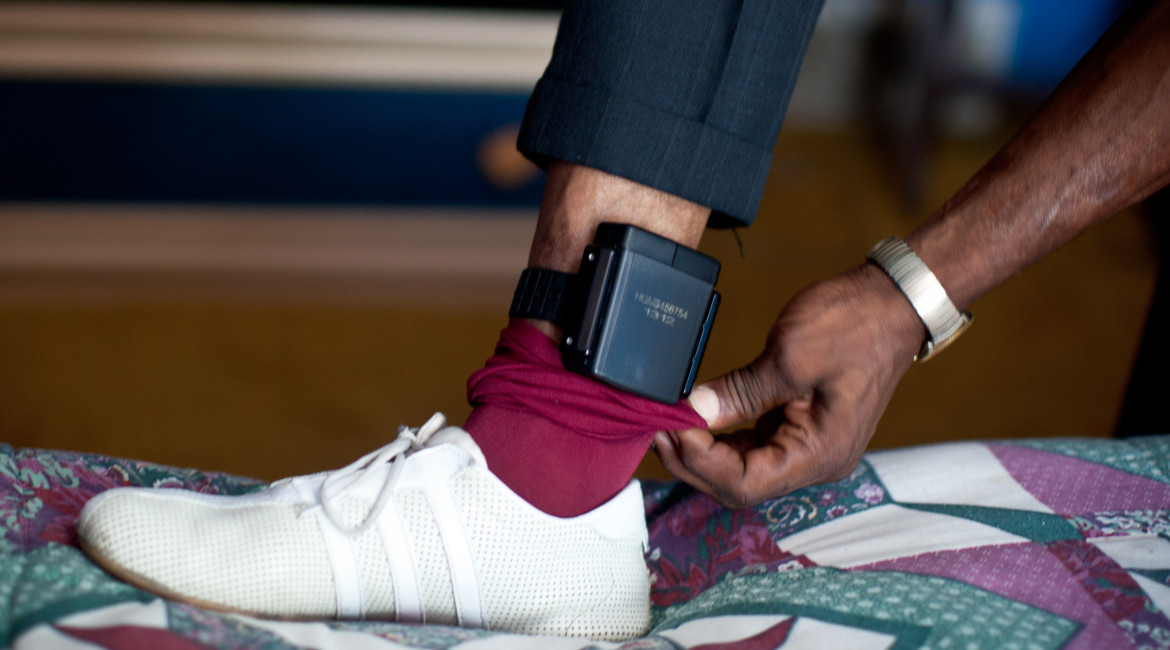 James Morgan displays the one-piece tracking unit that he wears at all times. Under state law, certain offenders convicted of violent sex crimes will be tracked with GPS technology for the rest of their lives. Lukas Keapproth/Wisconsin Center for Investigative Journalism

DOC officials respond
Two Department of Corrections officials, Grace Roberts and Melissa Roberts, respond to questioning by the the Chairman of the Committee on Corrections, Rep. Garey Bies, R-Sister Bay, about the cost and effectiveness of the GPS monitoring system.

Thirteen offenders told the Wisconsin Center for Investigative Journalism that Wisconsin’s GPS tracking system repeatedly fails, registering false alerts and landing the offenders in jail although they had done nothing wrong. Meanwhile, Gov. Scott Walker is proposing an expansion of nearly 50 percent in the number of offenders monitored by GPS devices.

Offenders and their advocates say that GPS breakdowns waste taxpayers’ money with unnecessary police work and lockups, and hamper offenders’ efforts to restore relationships with their families and retain jobs. The DOC says the system is reliable, but releases few details and acknowledges its performance hasn’t been audited.

MADISON — State prison officials were pressed Thursday to answer legislators’ questions about the reliability of GPS monitoring of offenders.

“I guess my concern is that our equipment is accurate so that we know it’s working and we’re protecting the public,” said Rep. Garey Bies, R-Sister Bay, chairman of the Assembly Committee on Corrections.

Bies called the hearing in response to a Wisconsin Center for Investigative Journalism report, published March 24, citing interviews with 13 offenders who contend the state’s tracking system repeatedly fails, registering false alerts and landing the offenders in jail although they had done nothing wrong.

Gov. Scott Walker is proposing an expansion of nearly 50 percent in the number of offenders monitored by Global Positioning System (GPS) devices. 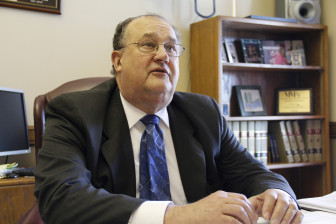 “We’ve found it to be a very, very useful tool,” she told legislators.

The Center’s report quoted advocates for offenders who allege that unnecessary lockups waste taxpayer resources and complicate offenders’ efforts to reconnect to jobs and families.

The DOC currently uses GPS technology to track 639 offenders, Roberts said. While she did not provide a precise breakdown of offenders by conviction, she said the majority are sex offenders, with “two handfuls” convicted of such other crimes as violating restraining orders.

Walker’s proposed budget recommends $10 million in new funding for expanded use of GPS tracking in fiscal years 2014 and 2015 — to monitor 783 individuals the first year and 939 the second year.

Melissa Roberts, legislative liaison for the DOC, said the additional funds were requested to cover the expected increase in the number of people monitored by GPS. A law passed last April and set to take full effect in 2014 allows judges to require GPS tracking for offenders who violate a temporary restraining order or injunction for domestic abuse or harassment.

The state Department of Corrections previously said it was unaware of problems with the technology, for which it contracts with a Colorado company called BI (Behavioral Interventions). But it acknowledged that it does not track how often alerts result in offenders being jailed, and has never audited the performance of its GPS monitoring system, in use since 2007.

At the hearing, Grace Roberts said GPS reception, like cell phone coverage, varies by location. She said GPS signals can be lost due to rain or fog, in deep canyons or dense vegetation, near large or tall buildings, or when an offender is riding in a vehicle and the GPS unit is not near the window.

Rep. Michael Schraa, R-Oshkosh, read aloud portions of the Center’s recent story, including an anecdote about Sam Bratsven, an offender who was passed over by a prospective employer because repeated alert on his GPS bracelet “indicate(d) a high level of potential for disruption in any assignment where the applicant could be placed.”

Schraa said he was concerned about this and other occasions in which the technology sends an alert even though the offender is complying with the rules.

“When you’re having false readings like this to that degree,” said Schraa, “I’m just not sure, fiscally, that it’s responsible for us to be putting that kind of money into a program that is, at best, not accurate.”

Jeremy Thiesfeldt, R-Fond du Lac, said that about a year ago a man came into his office and was very adamant about the problems his GPS unit caused him.

Yet, he said, the issue boiled down to public safety versus “inconvenience” for the offenders.

Bies said he wanted to give the DOC a chance to respond to information that has been “in the public eye,” such as repeated jail stays for offenders who claim they had done nothing wrong.

Schraa, after the meeting, said he understands that there is not much sympathy for sex offenders, but “I have the opinion that if they serve their time, they’re afforded the same dignity as anyone else.”

Moreover, Schraa said, “I believe it does a disservice to taxpayers when we’re not asking tough questions. I think it’s important to shake the tree.”