A separate study, meanwhile, will examine the impact of frac sand mines on water.

Silica dust from sand mining is a health concern because particles that are small enough to be inhaled can damage the lungs of people exposed long-term.

“We don’t want to unnecessarily raise fears or anxieties, but there are more than 100 facilities and the DNR is not taking an active role on monitoring small particulate,” said Crispin Pierce, a professor of environmental health at the University of Wisconsin-Eau Claire.

The agency has begun to encourage new mines to install small particulate monitors, known as PM2.5, but it can’t require older ones to replace their current PM10 monitors. 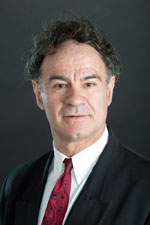 “The monitors are a tool, but it’s not like a smoke detector,” said Tom Woletz, the frac sand point person at the DNR. “There is no perfect monitor.”

Pierce and his students have been taking snapshots of PM2.5 pollution at several mines. Their data show that the EOG Resources processing plant in Chippewa Falls has exceeded U.S. Environmental Protection Agency limits, he said.

But the DNR has its own concerns about Pierce’s methods.

Pierce and his students are only sampling at one location for each mine. Yet farming, driving on dirt roads, and other activities also contribute to ambient dust levels, so the current regulations call for comparing data from both sides of a facility to see if it is to blame.

In the meantime, EOG hired a particle pollution expert to run its own study. That study uses
modified EPA-approved methods to test ambient air quality at the PM4 level. This data can be directly compared to the well-studied silica exposure limits for workers that are measured inside plants or factories with PM4 monitors.

So far, Woletz said, EOG’s preliminary data show no difference between background dust levels and the air downwind from the frac sand mines.

Water use study under way

Frac sand mines use a lot of water — millions of gallons a month — to process the sand and keep dust down. They typically install high-capacity wells similar to those used for farm irrigation.

Right now, the DNR permits and regulates each high-capacity well individually — without regard for how much water others nearby are using.

The plan is to study the cumulative impacts of groundwater pumping by both mining and irrigation, said Dan Masterpole, the land conservationist for Chippewa County. 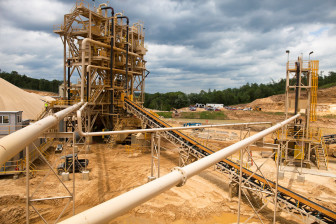 From bottom right, a conveyor carries sand from the crushing area to a wash plant tower to be washed and sorted by grain size at the Preferred Sands plant in Blair, Wis., on June 20, 2012. Wash plants like this use thousands of gallons per minute, most of it recycled. Lukas Keapproth/Wisconsin Center for Investigative Journalism

The five-year study will coordinate efforts by the county, the DNR, the U.S. Geological Survey, and the Wisconsin Geologic Natural History Survey, frac sand companies and local farmers. Scientists will use a network of groundwater monitoring wells and stream gauges to model the region’s water system.

That requires studying the behavior of the groundwater, the relationship between the groundwater and the surface water, how much water is being used, and where it’s going, according to Masterpole.

Such time-consuming data collection makes projects like this rare.

The project will also model how mining’s re-shaping of the landscape will affect how precipitation recharges the groundwater.

“The study will provide all parties with the best information for informed decision making,” Masterpole said. “Water conservation is important to them (the mining companies), because pumping water costs so much.”

Mike Fienen, a hydrologist with the USGS, said the stream gauges have an added monitoring benefit.

Last summer, the data gave an early warning that wastewater had flowed over a holding pond and into a stream. The mine’s operator was alerted and quickly fixed the problem.

“That’s one of the values of the gauging. I can’t stress that enough,” Fienen said. “There’s data. With that information, the regulators and mines can cooperate and respond to concerns.”